Ana in the City Festival – see you next year 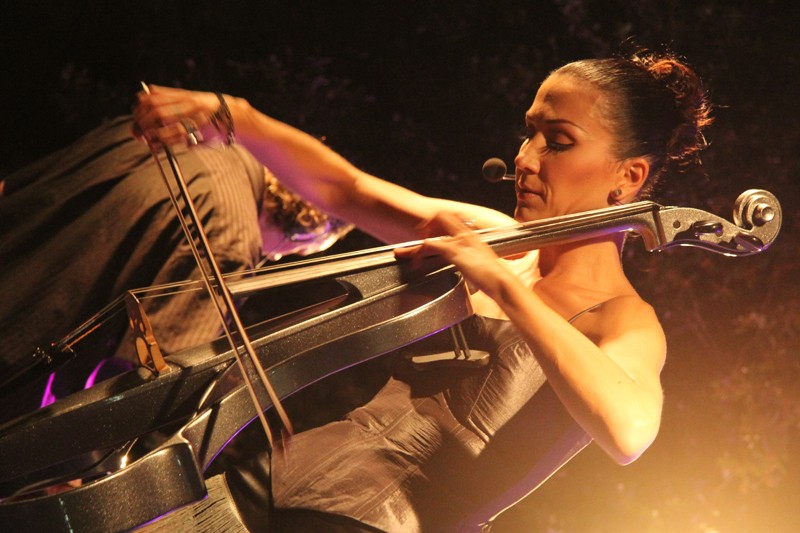 Spectacular performance in the premises of the former disco Divinae Follie ended the Second Ana in the City Festival. The event that started in the sunrise of the first day of summer ended at night in the combination of genres of chamber music, rock and roll and crossover. The festival lasted for four days (from June 21 to June 24), and on the final day the visitors were able to enjoy the open air stage and diverse program, from Sabre Dancing to baroque Vivaldi, Beethoven, Piazzola and rhythms of tango with Macedonian, Greek, Russian and Hungarian undertones.
The main attraction of the night was the legendary band formed in 1978, Srebrna krila (Silver Wings), whose very first album went diamond.

Beside Ana Rucner on the stage, there were also the students of the Music Academy of the University of Zagreb and Rucner String Quartet, as well as the special guests, members of the Folklore Troupe Linđo, who filmed the video of the famous folklore dance Linđo with Ana Rucner in the busy main street of the Old Town last year.

Klapa (vocal group) Subrenum performed their song The Sea (More), this year’s prize winner at the Evening of vocal groups accompanied by guitar that was part of the 45th Festival of vocal groups in Omiš.

Her brother Mario also joined Ana on the stage performing the popular Romani song Ederlezi, followed by Summer, Love and Heat, Brazilian Lambada, the latest project of Rucner brother and sister with famous Wendy Robin. In the end, Ana played the European anthem Ode to Joy where the cello stands for choir.

The magnificent venue of the former disco Divinae Follie went alive again and offered people of Dubrovnik and their visitors a true audio and visual spectacle. The location itself is perfect for such events and definitely added the perfect closure to the story of the evening.

Ana Rucner could not hide her satisfaction with the brilliant festival and the response from Dubrovnik audience to her concerts so she used the opportunity to express her gratitude to all and to tell them she is coming back to the City next year.