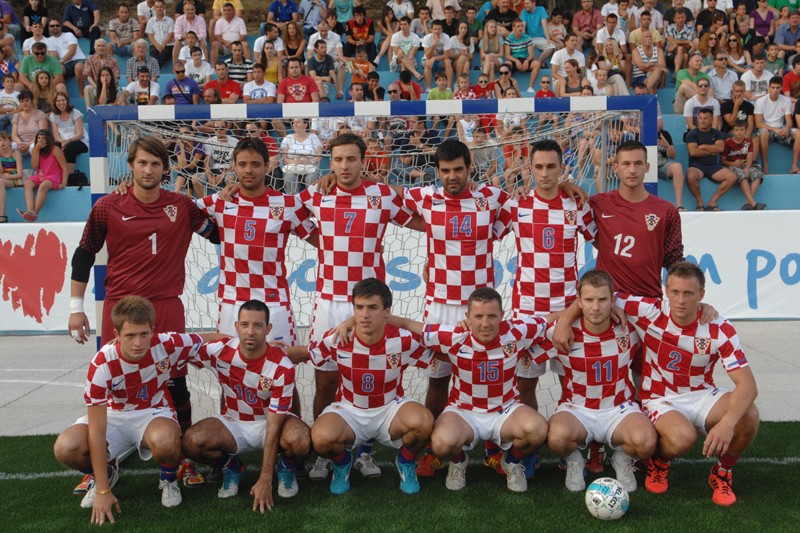 On Tuesday evening a true football spectacle took place in Gospino polje. The organiser of Dubrovnik Football Summit, Mr Emir Spahić from Dubrovnik, can be extremely satisfied with the results since this charity event proved that little good will can bring together football connoisseurs from all over the world to present their football skills and provide entertainment to the people of Dubrovnik.

The court hosted the Fiery 1998 and the Mini Fiery, i.e. national indoor soccer team, as well as the team of Croatia and friends against the European football stars.

Among the players there were Edin Džeko and Aleksandar Kolarov, English champions with Manchester City, the goalkeeper of the national team, Stipe Pletikosa, the captain of the national team from Bosnia and Herzegovina and the player for Seville Emir Spahić, as well as Ivan Perišić, national team player also playing in the German champion team of Borussia Dortmund, Ivan Klasnić, former national team player, who played for English Premier League in Bolton last year, Boris Vukčević from Osijek who plays for German Hoffenheim, Elvir Rahimić and Saša Papac, who play for the national team from Bosnia and Herzegovina, Moscow CSKA and Scottish Rangers. The result was not important at all, and all the proceeds are for charity.