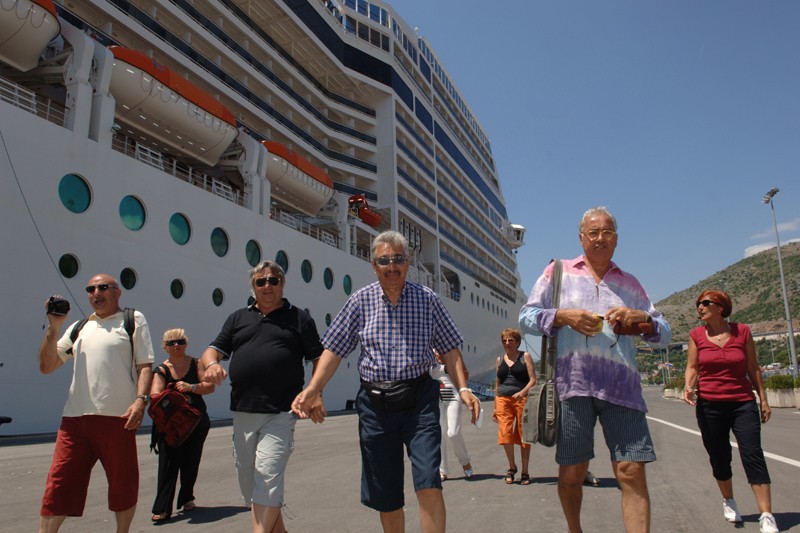 Luxurious seven cruise liners have sailed into the port of Dubrovnik carrying more than 9,000 passengers.

– We are breaking all records in number of visitors. There were 14% more overnight stays and 10% more arrivals to Dubrovnik from January to the end of July, said Jelka Tepšić from Dubrovnik Tourist Board.

– At the moment there are about 20,000 tourists in Dubrovnik which is 4% more when compared to the same time last year. The British are at the top of the list, followed by the French and Italians although the number of the latter decreased by 10% from the beginning of the year. However, they are on the increase, commented Tepšić.

There are 10% more tourists in hotels than last year, while the biggest increase is noted in private accommodation with 35% more. Mayor Andro Vlahušić confirmed her statements.

– In June, July and August, the occupancy has amounted to 100% and the rates have been the most reasonable, not only in Croatia, but in the Mediterranean as well. Our rates are the European ones, followed by extraordinary occupancy and extreme satisfaction of guests, emphasises Vlahušić.
On Friday, August 17, there were 180,000 overnights more than in the same period last year and the average rate per overnight in Dubrovnik ranged between 150 and 200 Euro.