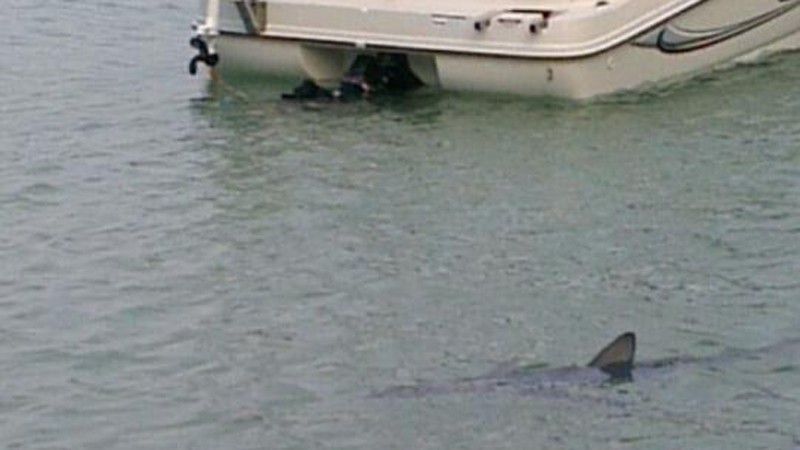 A shark startled residents of Žuljana this morning. As the locals say, it came to Žuljana following a boat. The shark is about 2 metres long and weighs approximately 15 kilograms. It was surprising that it came so closely, swimming between the boats at some 3 metres off the shore. The beast circled around the whole Žuljana Bay, luckily the sea was cold this morning so there were no swimmers in the sea. It is still not known what species it belongs to.

As the locals say, the shark came to the pier, followed by two smaller fishes they never saw before. We contacted an oceanographer Vladimir Onofri, ScD who told us they are the pilot fish, Naucrates ductor, that congregate around sharks, rays and sea turtles, eat ectoparasites on them, and live in warm or tropical open seas.

Onofri warned the residents not to kill the shark since it is a protected species, and the fines can be enormous. Locals spent the morning taking photos of the shark and it was completely obvious they did not intend to go for a swim in the sea.

Pavlimir Jeić, an employee in tourist industry from Vučine, said it was probably the broadbill also known as swordfish, which he was trying to catch in the past couple of days.
– Broadbills must not be killed. They look like sharks to the average individual. In summer they come to the surface, in winter they hide in the depths. They live betweenHvarIslandandPelješacPeninsula, says Jeić.

Nikša Glavić, ScD from Dubrovnik University said on the basis of the published photograph that he could not be certain if it was a shark or a swordfish because it was not certain whether it was a dorsal or a pelvic fin.
– Dorsal fin in swordfish looks like a sickle, and this one does not. Tunas can also put their fins up to the sea surface. Swordfish is typical, resembles a shark, but I think it may be a shark after all, says Glavić.

We also managed to reach Alen Soldo, prof ScD, from the University Department of Marine Studies at the University of Split who said for duList that it was neither swordfish nor tuna but most probably the shark.
– This can be seen from the position of the fin. It is neither tuna nor swordfish, said Soldo, confirming suspicions of residents from Žuljana. 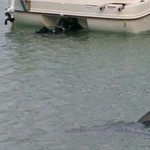 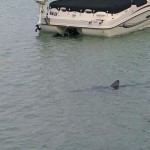