Župa Dubrovačka in flames and smoke 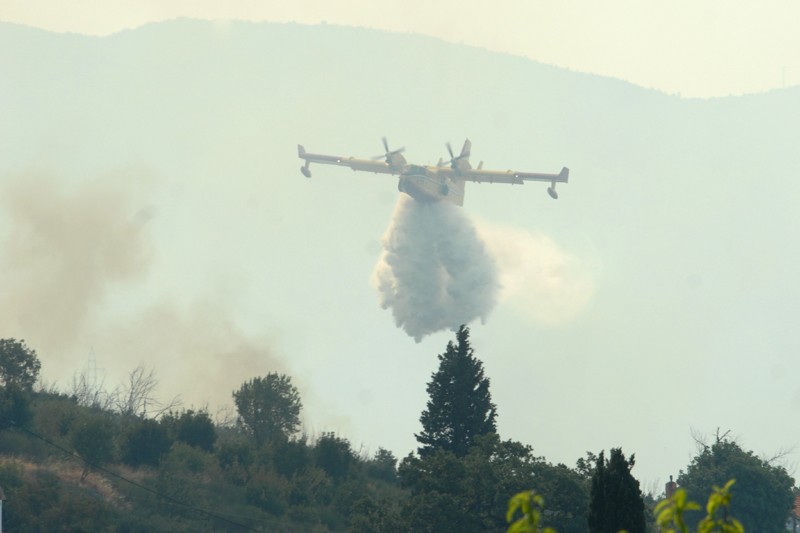 In Župa Dubrovačka, between Plat and Zavrelje, there is a fierce fight against fire going on since last night. The most endangered area is around Župčica Restaurant. Adriatic Motorway is closed for all traffic. It is occasionally opened towards the Airport.

The fire broke out at about 2 o’clock in the early morning when the thunder hit the trunk in Plat, just below the new power plant of Croatian General Electric. The fire carried away by the strong wind soon threatend the houses just above the motorway in Plat. The residents, reminded of the scenario from 2007, water their houses by hoses in fear a spark may fly over from the fire. The whole village of Plat is in smoke and ashes.

Fire fighting plane arrived this morning to help the firefighters. All available firefighters are at the site, the fire is spreading towards the village of Soline.

Head of Župa Municipality, Silvio Nardellii, living in Plat himself, confirmed there was no word said about evacuation of residents and tourists from Hotel Plat. 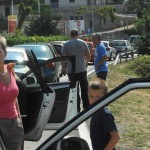 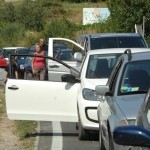 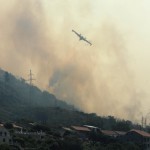 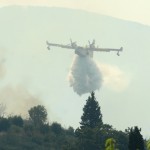 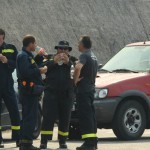 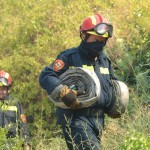 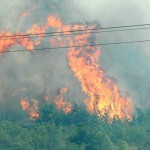 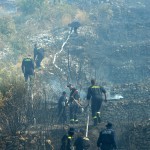 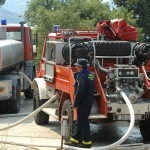