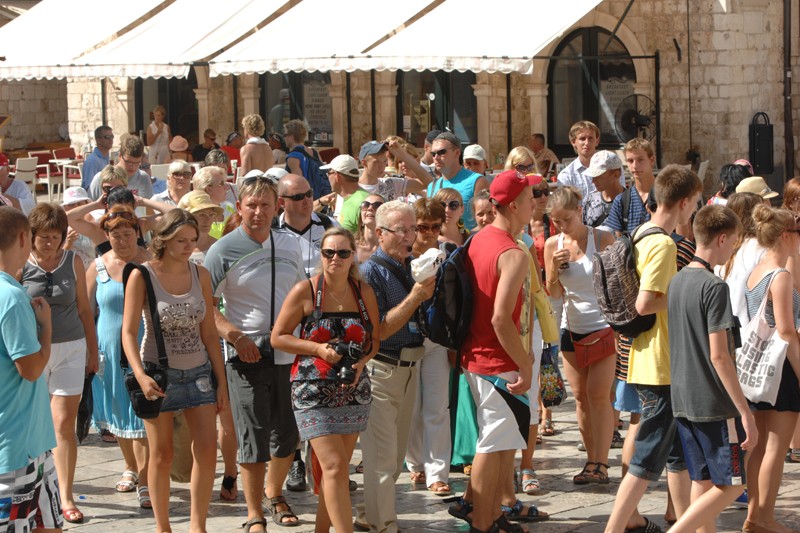 The predominant number of tourists stays inDubrovnikhotels that have 1,331,755 overnight stays, or 9% more. Private accommodation records show 341,418 or 31% more overnight stays. It is important to stress that 2012 saw an increase in number of beds in private accommodation – there is 1,000 beds more than in 2011, which totals to 8,900 registered beds in private sector.

In the last couple of years the most represented tourists come from the UK, having the 18% share, followed by French, 8.8 %, Germans, 7%, then Russians, Croatians, Spanish, Americans, Swedes, Norwegians and Italians.
The considerable rise in number of visitors is noticed in all markets, for example, there were 19% more overnight stays for tourists from Germany, in numbers that is 137,299, and 14% more arrivals or 29,388 tourists.

Dubrovnik Card sells better as well, the increase amounts to 40% more than last year. The profit of sales is 4 million Kuna, as compared to last year’s 2.5 million.