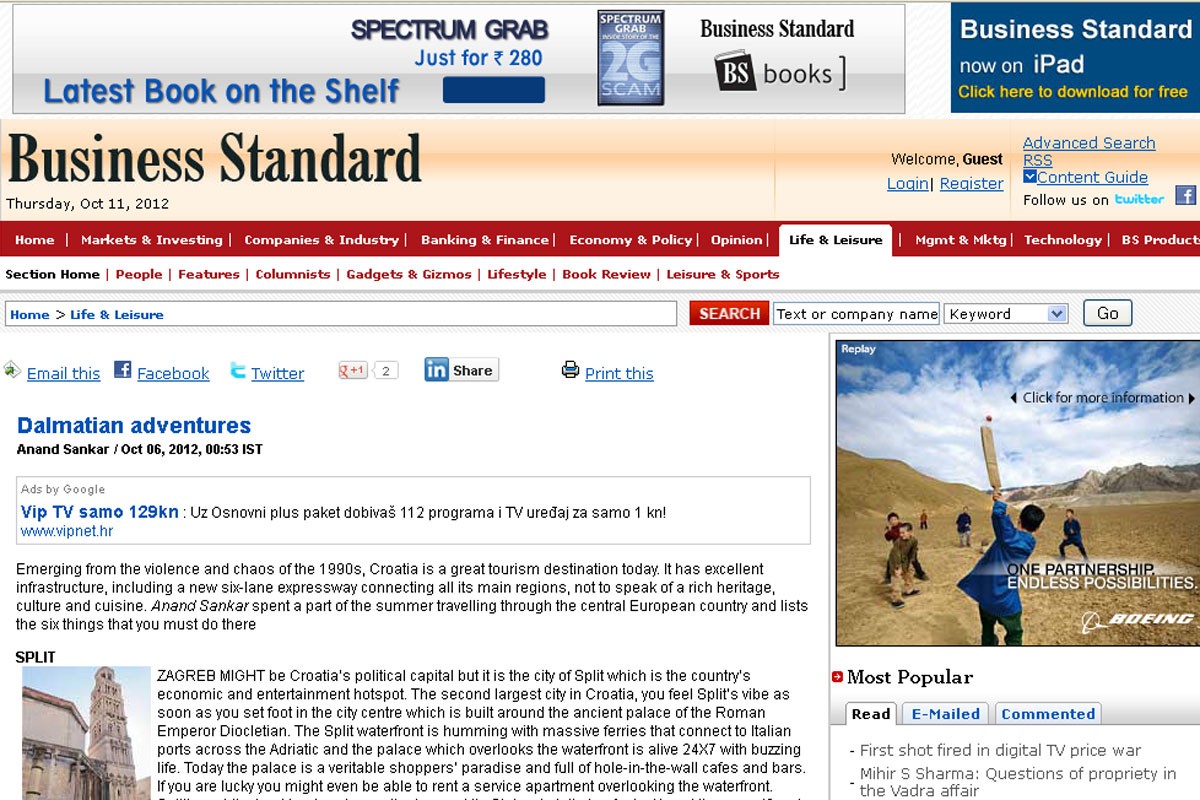 Sankar lists Split, north of Dubrovnik as one of his top six places to visit writing, ”…you feel Split’s vibe as soon as you set foot in the city centre which is built around the ancient palace of the Roman Emperor Diocletian. The Split waterfront is humming…and the palace which overlooks the waterfront is alive 24X7 with buzzing life.”

Krka National Park is according to Sankar ‘awe-inspiring’ and another must do on his list. Located just north of Šibenik on the Dalmatian coast, the River Krka flows through the Park creating clear pools of water offering respite from the summer heat.

Last but not least on Sankar’s Dalmatian to do list is Murter Island on the Šibenik archipelago and its UNESCO recognised village dating back to the thirteenth century.

The entire article can be found here.