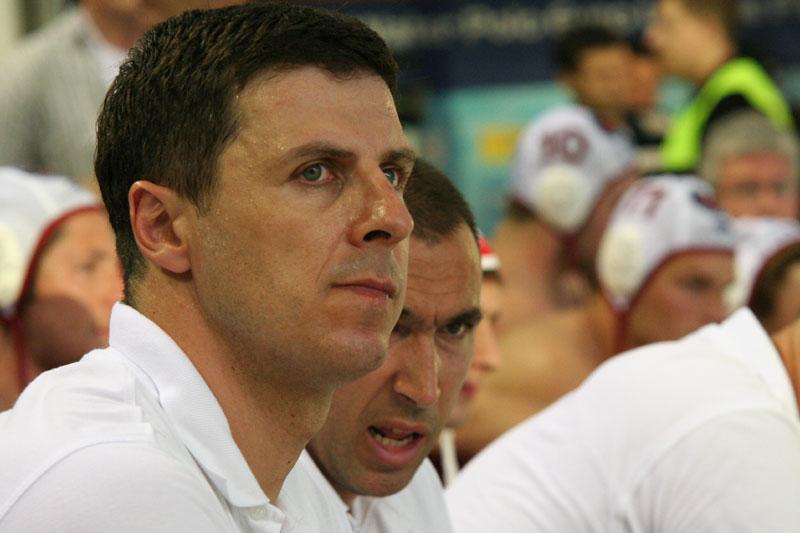 Water Polo Australia (WPA) has taken a giant stride towards success at the 2016 Rio Olympic Games by announcing the appointment of Croatian Elvis Fatovic as the new head coach of its national men’s team, the Aussie Sharks.

Fatovic, who competed in two Olympic Games’ as a player, including Sydney 2000, was an integral member of the coaching staff of the gold medal winning Croatian team in London last year.

The appointment presents Fatovic with the opportunity to lead the Australian team to their first ever medal at an Olympic Games at Rio 2016 with a good mix of unheralded youngsters and a core of experienced players that have participated in the Beijing and London Olympics.

The Croatian replaces John Fox, who spent five years at the helm of the Aussie Sharks.

Fatovic said he was excited to be part of this changing time for water polo in Australia and to be charged with leading the team towards this year’s FINA World Championships in Barcelona and on to Rio in 2016.

– Water Polo Australia have prioritised quality coaching to lead their programs and I’m glad they have chosen me for the challenge ahead. There is much potential here in Australia and I am looking forward to helping my new team and country achieve the goals they have set – Fatovic said.

The 41-year-old was part of veteran coach Ratko Rudic’s set-up for the entire Olympic cycle leading into 2012 and came highly recommended by the man considered by many to be the greatest coach in water polo history.

Fatovic is in Sydney for four days before returning to Croatia to pack for the move back to Australia. He will take up his new position fulltime in late February.