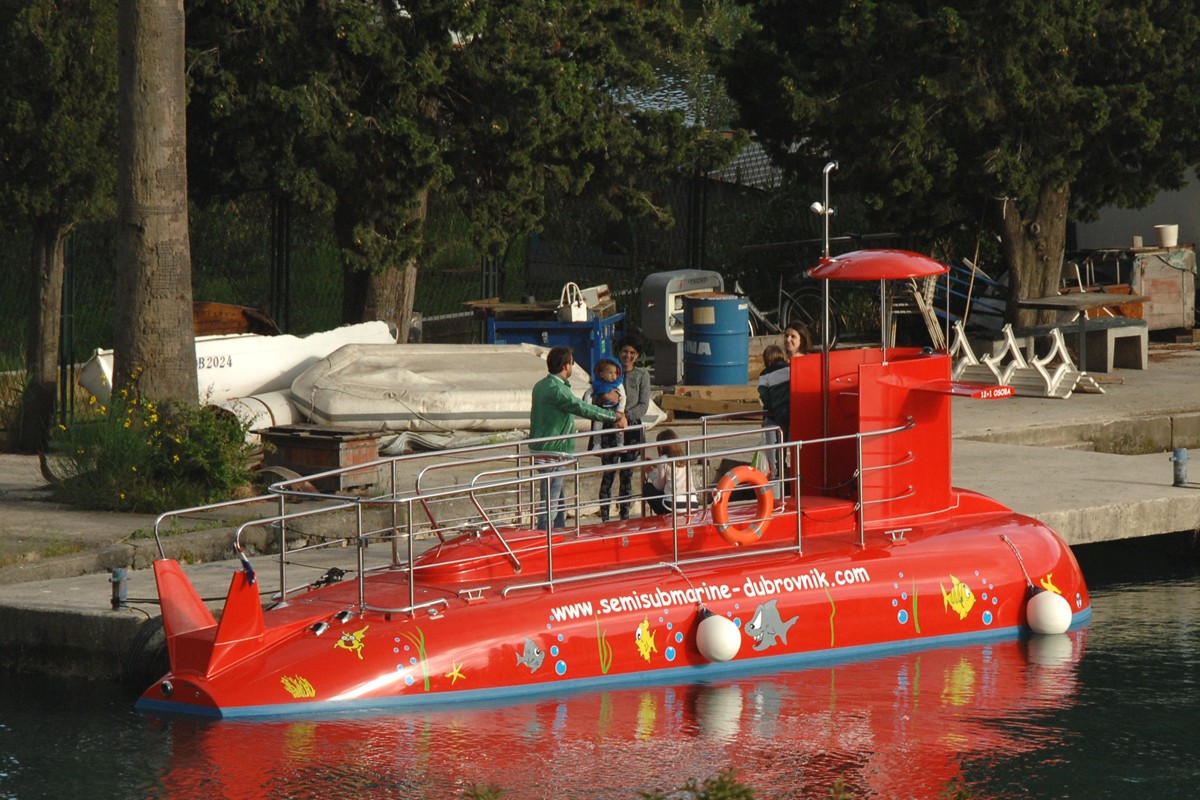 An interesting attraction arrived recently in at the ACI marina in Dubrovnik, a red submarine! The vessel is set to become a top visitor attraction and with twelves seats, offers the chance to explore the Adriatic sea in  a different way than before.

”Our submarine will stay in the ACI Marina for a few more days, then we head towards the City Port, where we plan to maintain our trips. There will be a grand opening soon.”  confirmed the owner of the submarine, Zeljko Peric.

This new tourist offer reminds us of another legendary submarine that was once tied in Dubrovačka rijeka, near the ACI Marina – the “Yellow Submarine” owned by late Pero Miljkovic. Pero, better known among locals as ‘Pero Lemonade’ ran trips with the vessel during the seventies,  with it working as a discotheque and restaurant.

Here you can check a little part of Pero Lemonade’s life, an unique and well known Dubrovnik’s citizen, mostly known for his great ideas and open, free-minded spirit.