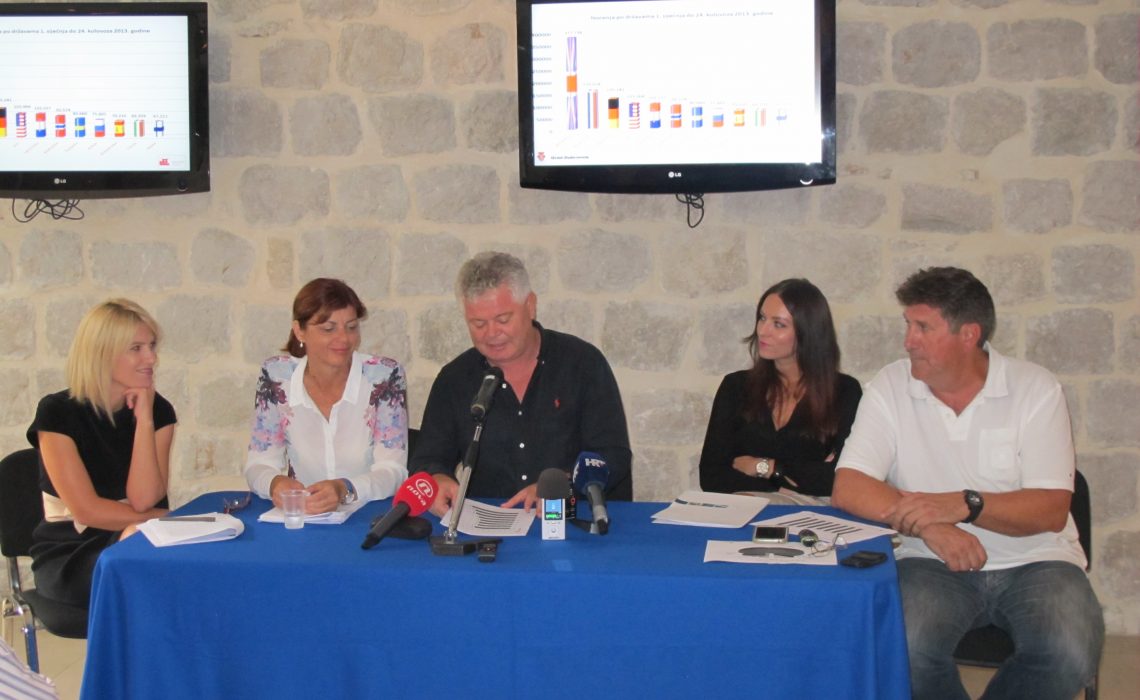 ”At this moment we have around 17,500 guests in Dubrovnik which is 7% more than at this same time last year.” Dubrovnik Tourist Board Director, Romana Vlasic, told press at Tuesday’s conference. ”American visitors are a big hit this season.” Vlasic added with around 34,000 visitors from the States so far this year, accounting for a 39% increase in arrivals from the USA compared to last year.

An increase is also recorded in the fast growing, so-called BRIC markets, especially Brazil and India, which recorded a double fold growth. Domestic guests in Dubrovnik are highly ranked, fifth in charts by nationality,  an increase of 21 percent in arrivals and 13 percent in overnight stays on 2013,  another confirmation that Dubrovnik is popular among domestic tourists.

September and October,  traditionally marked by meetings and congresses, sees the UEFA Congress in September and a session of the NATO Parliamentary Assembly in October, and the annual convention the UK’s largest association of travel agencies in October, ABTA, all in Dubrovnik.