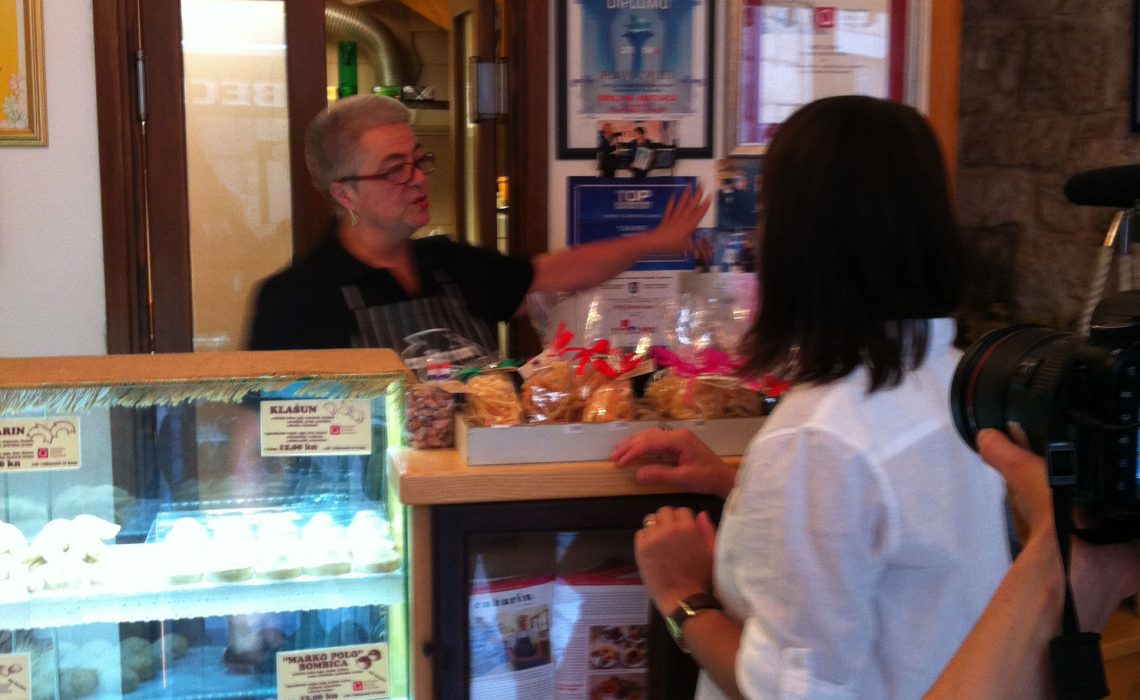 As a part of a study tour, American journalists came to Korcula. In the city of Korcula they filmed one episode of the series ‘Bare Feet’. The concept of this 26 minutes long show is to present the destination through national dances and tradition in general. That is why the presenter Mickela Mallozzi got individual classes of Korcula´s moreska, fencing dance with swords, in front of camera.
Besides the sights of the old town of Korcula, they also filmed the procession gathered for the feast of Corpus Christi fraternities and also the gastronomic offer of Korcula Island.
The premiere of the show will be shown next year on the New York PBS station. 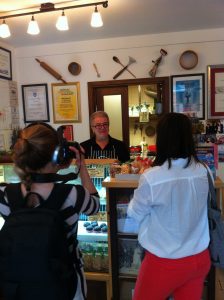