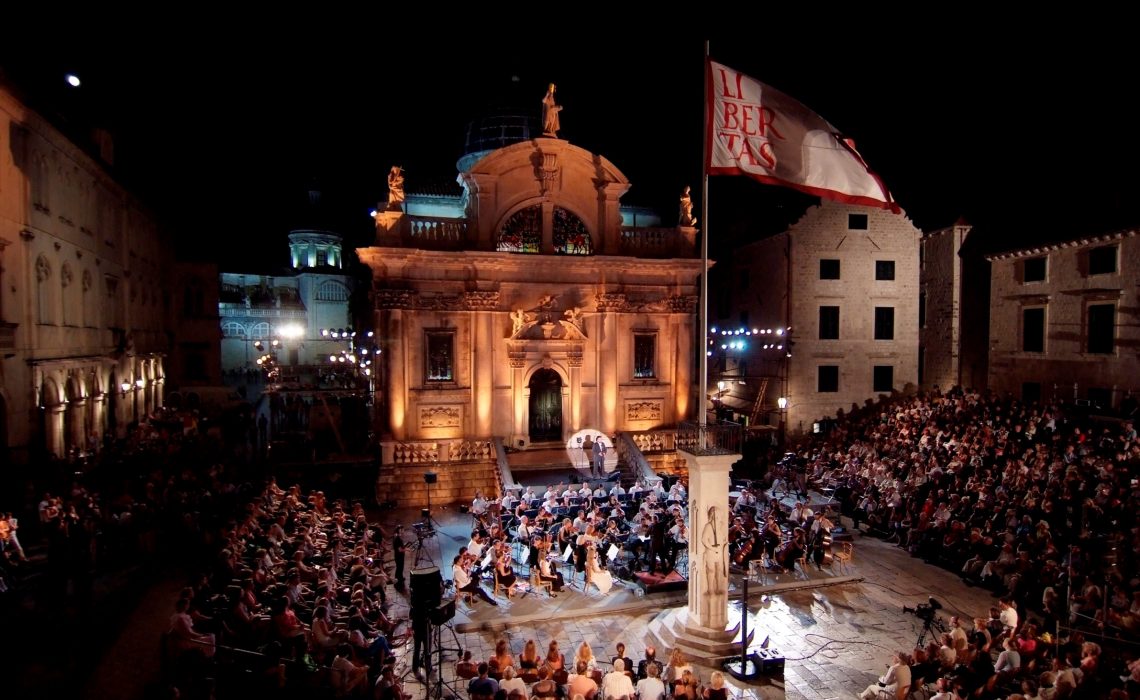 The Dubrovnik Summer Festival in its 65th edition is to be opened in two weeks, on 10 July at 9.00 pm in front of the St Blaise’s Church. The Festival, traditionally taking place from 10 July to 25 August, will play host to some 2000 artists from all over the world. During 47 festival days, more than 70 theatrical, musical, ballet, folklore and other events will take place in nearly twenty open-air venues and settings in Baroque – Renaissance city of Dubrovnik.

The 65th Dubrovnik Summer Festival’s theater program includes two premieres. The first is Shakespeare’s Romeo and Juliet directed by Jagos Markovic, who will debut at the Festival staging one of the most beautiful love stories in the renaissance summer residence Skocibuha at Boninovo. This timeless tragedy was chosen not only on the occasion of marking the 450th anniversary of the birth of Shakespeare, but also because of the beauty of this play, reminding us of the value of love and the sin of hatred. Kresimir Dolencic will stage Drzic’s most famous and frequently performed comedy Uncle Maroje in Drzic Square. Performed by the finest actors from five Croatian theatre houses, students and theater doyens, this year’s Uncle Maroje asks the question about fathers and children; what do we leave to our posterity and in what condition is the City which we leave to our children. As announced last year, the legendary Vojnovic’s Equinox – premiered in 2004 on the Island of Lokrum, directed by Josko Juvancic and performed by the Festival Drama Ensemble – has been included in this year’s program, featuring the highlights of Dubrovnik’s site-specific theatre. Fragments from Dzemila Bukovica’s War Diary, directed by Ante Vlahinic, will be first performed at the Dubrovnik Aquarium on 5 August, Croatia’s Victory Day and the Homeland Thanksgiving Day. The piece was written at the time of air raid alerts during the Croatian War of Independence in the aforementioned venue, which then served as a bomb shelter. Successful authorial project by Mani Gotovac, entitled Writers Gathering at Sponza Palace, co-produced with the Croatian Writers’ Association, continues this year too. It includes the premiere of the play Ocean Sea – directed by Mani Gotovac, performed by the Croatian National Theater of Varazdin at the Sulić Beach, and supported by Zagreb’s Italian Institute of Culture – as well as a literary evening of the novel’s author, Alessandro Baricco; the premiere of Ivo Bresan’s play Without Reflection directed by Vinko Bresan; the presentation of Ivan Vidic’s collection of short stories, The Southern State; and Arsen Dedic’s literary-musical evening at the Rector’s Palace entitled Writer of All Genres.
The Lero Students Theater will feature its most recent project, The Obscuration, based on the writings by Ruder and Anica Boskovic, which is the first staging of some of Ruder Boskovic’s writings and Anica Boskovic’s poems at the Croatian theatre ever.
At Bosković Square, the choreographer Valentina Turcu and theatre director Leo Mujic will stage the Neo-Baroque ballet Les Liasons Dangereuses (after Pierre Choderlos de Laclos’ novel and Heiner Müller’s Quartet, to music by George F. Handel, J. S. Bach, Antonio Vivaldi and other Baroque masters), a co-production of the Dubrovnik Summer Festival, the Slovenian National Theater of Maribor and the Ljubljana Festival. Shortly after its Dubrovnik premiere, the ballet will be performed at the Križanke Outdoor Theater within the Ljubljana Festival, and become a part of the Slovenian National Theater of Maribor repertoire.

Bearing in mind the historic and cultural heritage of Dubrovnik and admiring the purity of its architectural style, the Baroque spaces of Dubrovnik’s palaces and churches will resound with Baroque music and its present day reflections. In view of the fact that Baroque was the first national style in Europe, the music program has been based on three concerts: the German, the Italian and the French one, which at the same time represent the three major national styles. The Italian Baroque will thus be represented by the Concerto de’ Cavalieri ensemble and its artistic director Marcello di Lisa performing the serenade Erminia, Tancredi, Polidoro e Pastore of Alessandro Scarlatti, Italy’s greatest composer in the Middle Baroque period. The German Baroque will be represented by one of the world’s most famous orchestras, the Bachorchestra of the Gewandhaus Leipzig, who will perform all Bach’s Brandenburg Concerti, while the French Baroque will be represented by the famous French vocal and instrumental ensemble Le Concert Spirituel and its artistic director Hervé Niquet, who will perform the French sacral music from the time of Louis XIV, the Sun King, which has rarely been performed in our region. Croatia’s Baroque music representatives will include the Croatian Baroque Ensemble and the Zagreb Soloists who will perform all eight symphonies of Luka Sorkočevic in their original version. Baroque music will also be performed by the internationally renowned Italian pianist Andrea Padova, First Prize winner in the Weimar Bach Competition, and Dieter Flury, solo flutist of the Vienna Philharmonic. In view of the fact the Baroque greatly influenced the present day music, including jazz, the festival will feature the David Gazarov Trio, famous for its improvisations on the themes by J. S. Bach. Other performers will include the Dubrovnik Guitar Trio featuring the mezzo-soprano Renata Pokupic, who will first perform the pieces by Andelko Klobucar and Zoran Juranic, composed for the occasion; the pianist Bojan Gorisek; the Tuba Quartet XL with trumpet player Eric Aubier and the Tartini Quartet (all of whom will perform at the Rector’s Palace); as well as the Dubrovnik Symphony Orchestra with its guest soloists who will appear in two concerts. The star of the program is the famous American jazz singer Nnenna Freelon, a six-time Grammy Award nominee in the Best Jazz Vocalist category. In collaboration with the City of Zagreb, the 65th Dubrovnik Summer Festival’s closing concert in front of St Blaise’s Church will feature the Zagreb Philharmonic, Maestro Ivo Lipanovic, the world famous baritone Zeljko Lucic, and soprano Lana Kos.

On the occasion of the Dubrovnik Festival’s 65th anniversary, in collaboration with Zagreb’s Museum of Arts and Crafts, and supported by the Sponza State Archives, the exhibition entitled Creators of Memory – Photographers and Designers at the Dubrovnik Summer Festival will be put up in two venues: the Sponza Palace and the Visia Multimedia Centre. In the course of 65 Festival years, a large number of photographers – some of whom include Croatia’s finest artists in the field of photography such as Tošo Dabac, Vilko Zuber, Marija Braut, Kresimir and Slobodan Tadic and Pavo Urban – have systematically recorded events at the Dubrovnik Summer Festival. At the same time, the renowned artists including Edo Murtic, Fedor Vaic, Branko Kovacevic, Tomo and Luka Gusic, Boris Ljubicic and Orsat Frankovic, have created posters, cover pages and – some of them – the entire visual identity of particular Festival seasons. The exhibition will acknowledge their importance in continuously creating and conceptualizing both individual and collective visual memory for 65 years now. The Festival will also release the Monograph of Neva Rosic, the distinguished theater actress who will celebrate her 60th anniversary of work next year. In collaboration with the Kinematografi Dubrovnik, the Dubrovnik Summer Festival will also present a film program featuring the winning films at both national and international film festivals, and the screenings will take place at the open-air cinemas Jadran and Slavica. The folklore program will traditionally include performances of the Lindo and Lado folklore ensembles on Revelin Fort Terrace. 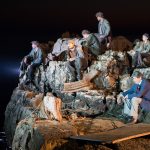 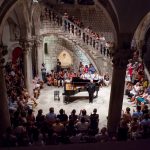