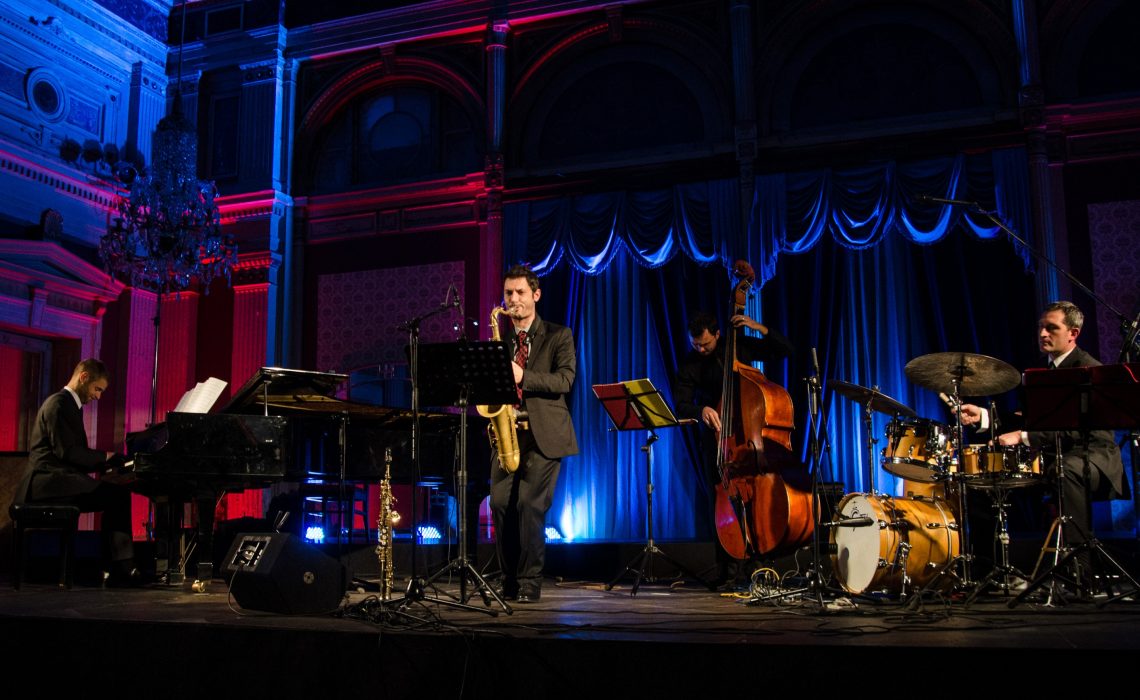 Borna Sercar and Jazziana Croatica will perform on Monday, the 21st of July at 9.30 p.m. on an impressive stage of the Excelsa Real Estate amphitheater, located on Mount Srd. Jazziana Croatica, consisting of top jazz musicians – sax player Vojkan Jocic, pianist Zvjezdan Ruzic, double bassist Tihomir Hojsak and drummer Borna Sercar, is the lineup of original ethno-jazz sound, founded with the goal of preserving the Croatian musical heritage – the main inspiration for their original jazz music, which should be authentic and immanent to the climate and time in which it is formed.

Jazziana Croatica’s leader, composer, drummer and percussionist Borna Sercar is a former member of HRT’s Big Band, and is also a part of the Croatian Baroque Ensemble, the HRT Symphony Orchestra, Zagreb Philharmonic Orchestra, the Military Symphony Wind Orchestra, the Zagreb HNK Orchestra and others.

Their album A little Book of Notes combines interpretations of anthological pieces of Croatian music such as Bersa’s Sunny Fields and Gotovac’s Kolo from Ero the Joker, which was awarded the discography award Porin in the category for best jazz musical number created in 2010. With his second album Negligence (Nehaj) from 2012, Sercar captures the historical moments and the landscape of his inspiration, starting with the ambushers of Senj, through the poetry of Vladimir Nazor and music of Blagoje Bersa, continuing with Zemun, Silba and Vaganac. The composition Melancholy, selected from this album, was awarded the musical award Porin in the category for best jazz composition of 2012.

Under the sponsorship of Excelsa Real Estate, cable-car ride to the amphitheater on Mount Srd is included in the ticket price. Departures are from 8.30-9.00 p.m.