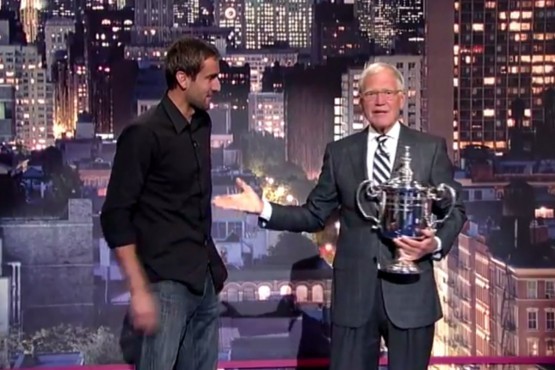 Croatian tennis player Marin Cilic relived the best days of his life and career. In fact, after winning the U.S. Open champion Marin, together with his girlfriend Kristina, became interesting to the American media.

That is why he was a guest on morning talk show WABC-TV’s ‘Live! with Kelly & Michael’, and then at David Letterman’s ‘Late Show‘. There he entertained the audience with his hilarious answers to the question ‘Ten things you thought about during the finals?’
Watch the video and laugh with Marin Cilic.