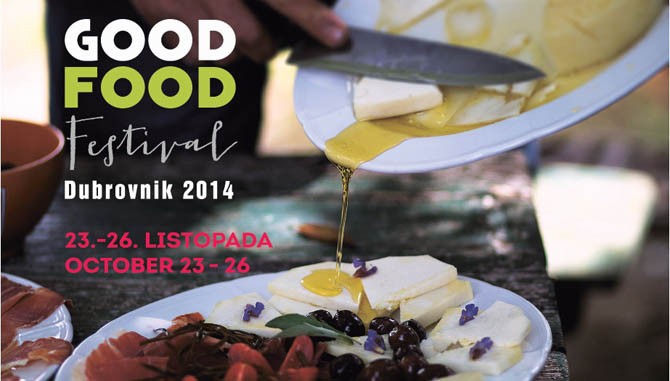 For the first time, from the 23rd to 26th October 2014 Dubrovnik will offer a gastronomy event ‘Good Food Festival’ organized by the Dubrovnik Tourist Board and the City of Dubrovnik.
This event is just an addition to the usual array of gastronomy offers in October. The four day programme will include several presentations of culinary specialties of the region, cookbooks in English, programmes for children, tasting of regional wines, culinary workshops and other activities such as ‘dinner with a famous chef’ and workshops on how to prepare a typical Dubrovnik sweet ‘gulozece’, ‘Eat & Walk’ gastro tour, ‘Sweet Tooth Map’ – a map for those who have a sweet tooth and other surprise activities. At the same time, Dubrovnik restaurants will offer special menus to their guests.
The Good Food Festival will also include films the topic of which is food. The event which will mark the beginning of this new gastronomy festival is a traditional ‘Dubrovnik Gastro Table’, offering variety of specialties, which will be held on Stradun on the 23rd October 2014.
The festival ends on Sunday, 26th October 2014 with a cocktails show prepared by Dubrovnik barmen in front of the St Blaise Church.