The end of 60 years long tradition: Goodbye to ferry Rijeka-Dubrovnik 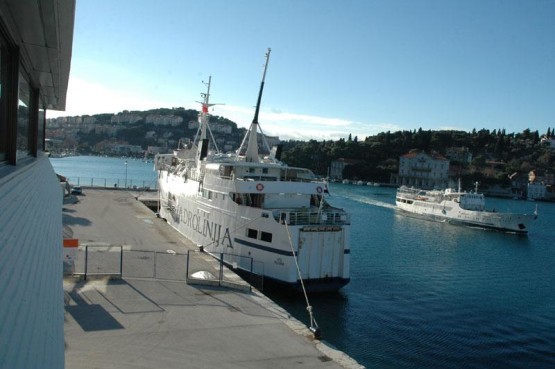 The management of Jadrolinija decided that they will not finance the unprofitable line connecting the northern and southern Adriatic – ferry Rijeka-Dubrovnik anymore.
This decision will put a stop to a centuries long connection, to be more exact the tradition that has lasted for 60 years, Novi list reported.
Namely, last attempt at negotiations that might have been able to save this line have failed last summer. Jadrolinija and a number of local representatives that were supposed to allocate funds for the maintenance of the line, have not reached an agreement. Last spring, the same problem was resolved with an agreement saying that the financial burden was to be shared between Jadrolinija, which was to provide 3,5 million kunas, and a number of municipalities, cities and counties, which were supposed to allocate a total of about 7,65 million kuna. Most of the money was expected from the Dubrovnik-Neretva County, the City of Dubrovnik (1.5 million each) and of Split-Dalmatia County as well as the cities Split and Rijeka, which were supposed to set aside million respectively.

The project was supposed to include the Town of Korcula, Hvar, Primorje-Gorski Kotar County and the Municipality of Mljet. These were the starting points for negotiations, and at the end an agreement was reached – the line has been active again this year.

According to what the CEO of Jadrolinija Alan Klanac said, the biggest problem was that there was no involvenement of Dubrovnik-Neretva County, which rejected whole project. Consequently followed by cities Dubrovnik and Split.