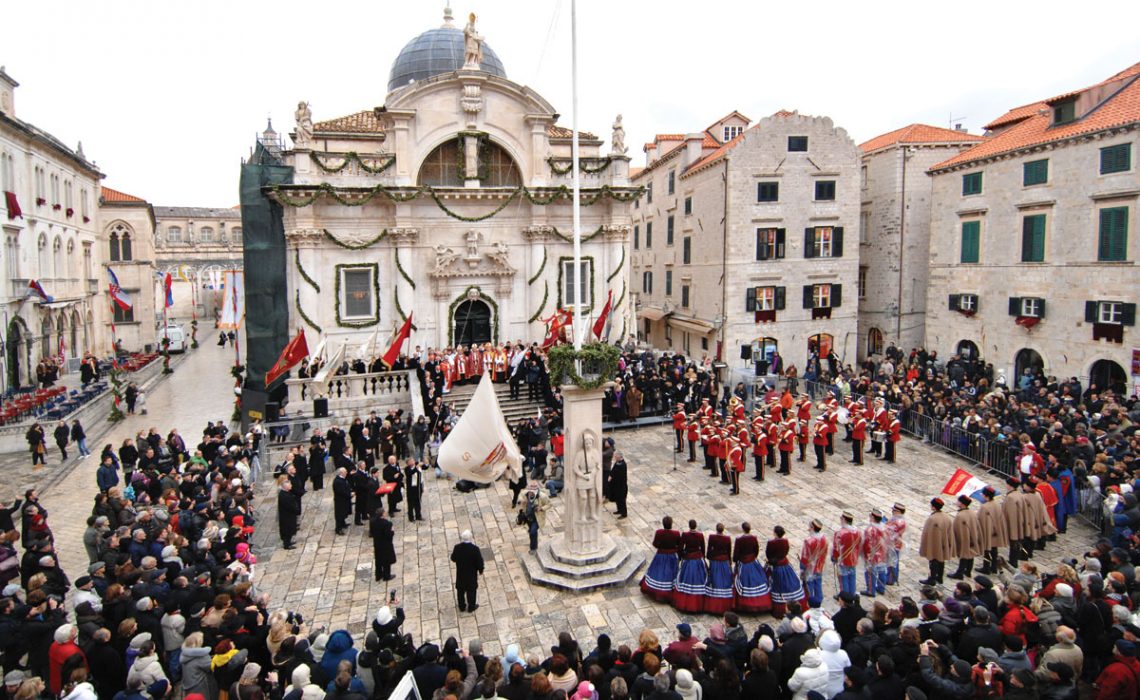 On the day of the festivity itself, February 3, the numerous faithful and church dignitaries come to the City from nearby areas carrying the saint’s relics across Stradun and city streets in a solemn procession, and under a baldachin is the greatest of all relics, the shroud of Jesus.
In front of Saint Blaise’s Church, the banners salute the patron saint who has been protecting the City for many centuries. This is an opportunity for the participants to not only demonstrate special skills but also to show off beautiful and original folk costumes. Throughout the day, priests bless the faithful in the church, using two crossed candles since it is believed that Saint Blaise protects against throat diseases. The Saint Blaise festivity is also the Day of the City of Dubrovnik, which is why apart from religious ceremonies these days are rich in various activities. During the solemn session of the City Council, which is organized in Dubrovnik’s baroque Marin Drzic Theatre, an award from the City is presented. Many diplomats, businessmen and political dignitaries from Croatia and throughout Europe visit Dubrovnik during this period. Numerous religious and secular activities, exhibits, book presentations, theatrical plays etc., are dedicated to Dubrovnik’s patron saint during those days.
The day dedicated to Dubrovnik’s patron saint, Saint Blaise, an old man who carries the City in the palm of his hand and whose statues decorate Dubrovnik city walls and entrances, has been a special day in Dubrovnik since 972 when it was first celebrated. The celebration is unique in itself, typical for Dubrovnik.