Spectacular promotion of Dubrovnik through the series Game of Thrones 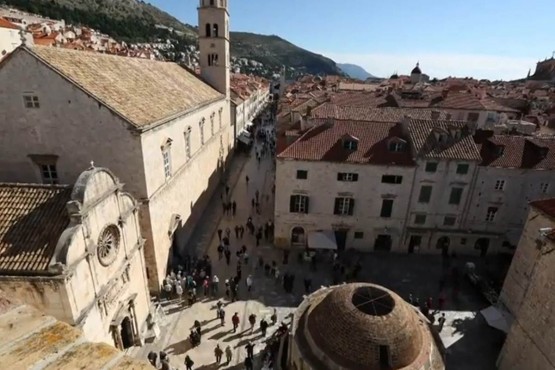 For those who have not yet seen it, some two weeks ago a 26 minutes long HBO’s movie ‘A Day in Life’ was released. This movie has been dedicated to one day of recording a series Game of Thrones, in which Dubrovnik appears as the King’s Landing. Movie shows many locations similar to those in Seville and Belfast but also the shooting in the City – at locations near St. Mary and the Ethnographic Museum Rupe, who were used mostly in the last season. It was fantastic to see the staff and locals from the City as well as all the luxurious Dubrovnik views. With this video the HBO again strongly promoted Dubrovnik as King’s Landing, one of the most important locations in the series. Three countries, hundreds of actors, extras and crew; all of them showed up on the epic day on the set of The Game of Thrones. Documentary has been viewed 1,460,777 times on Youtube until now. HBO has once again made an immense contribution to the promotion of Dubrovnik.
Watch the video here: