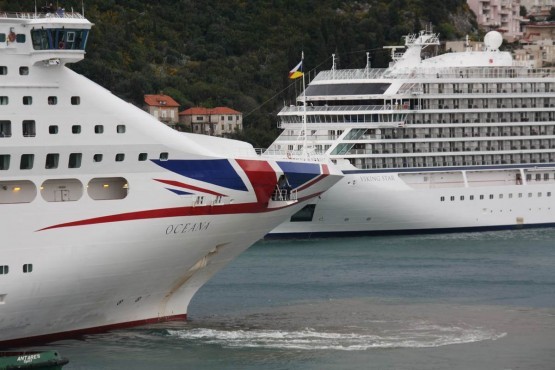 Two international cruisers, Oceana and Viking Star, sailed into the Dubrovnik port of Gruz today. First cruisers brought over 2720 guests to the City. According to reports from the Port of Dubrovnik, during this month over 43.000 tourist will arrive in the City on cruise ships. In 2015, Pearl of the Adriatic expects more than 870,000 passengers of cruise ships and about 597 docked ships, slightly less than last year.
Also, Dubrovnik Tourist Board claims that about five thousand guests from all over the world visited Dubrovnik during the Easter holidays.