Stunning locations used in the Game of Thrones 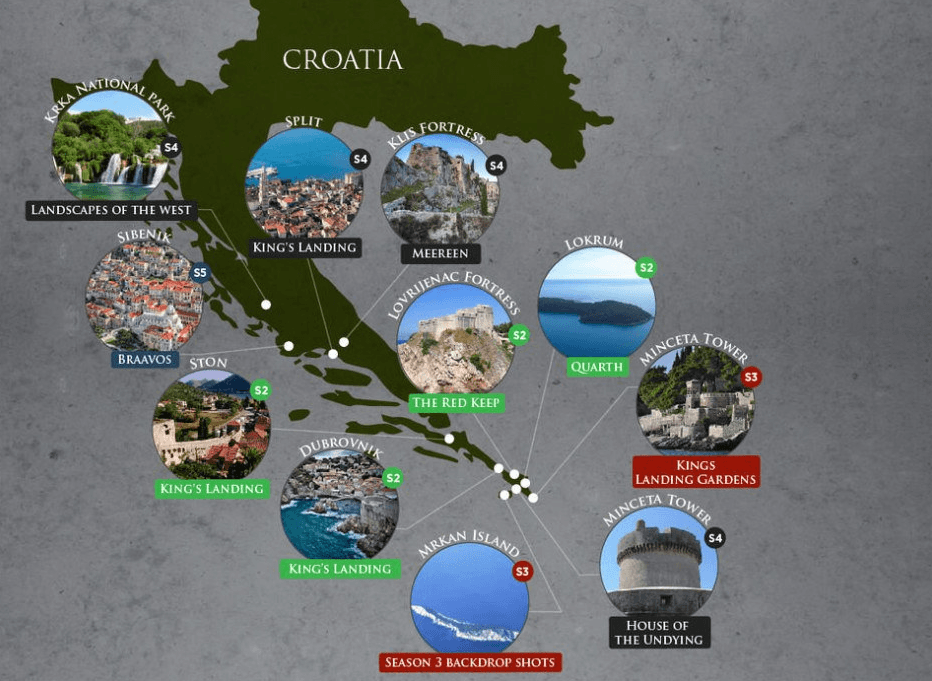 Game of Thrones was filmed at 28 locations. Many of them are in Croatia or, to be more exact, in Dubrovnik, Split, Klis, Sibenik and on Mrkan island. The successful HBO series turned Dubrovnik into King’s Landing, Minceta Tower into The House of Undying; Lovrijenac became The Reed Keep, and Locrum, Quarth. The entire city and part of Stone appeared on the TV show, and it will forever live on the small screen – as destinations that every fan of GOT must visit.
Here is the infographic.