Dubrovnik4You: Mycottontales – Dubrovnik feels like you have gone back in time 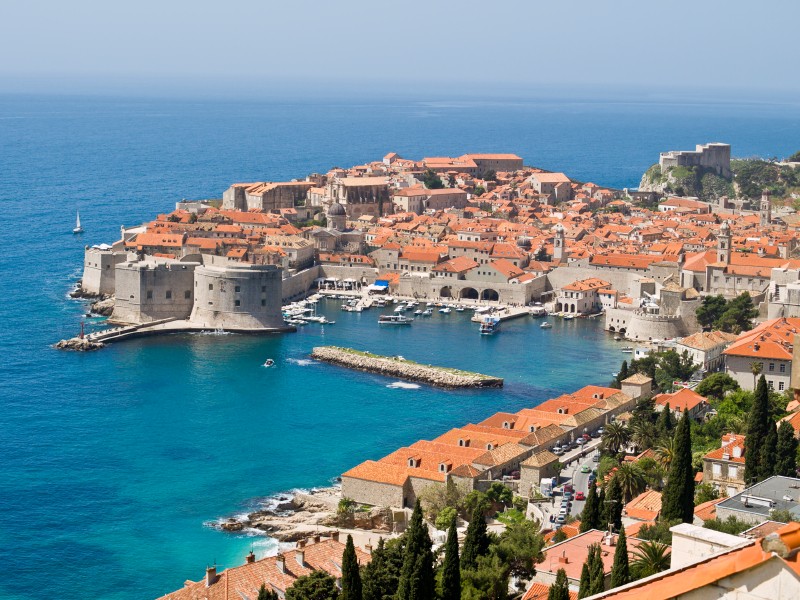 Dubrovnik has been on my bucket list since my last visit to Croatia and so it became our first planned stop on our Croatian road trip! Steeped in history, the old town of Dubrovnik is world famous for its ethereal beauty and immense architecture, so I was very excited to finally visit this diamond on the Dalmatian coast.

We stayed at The Bokun guesthouse which is situated on the harbour side of Dubrovnik and is a tranquil hideaway with a canopy of flowers and grapes that you walk under to get inside. It was a lovely guesthouse to stay at, however we quickly discovered that we were further from the Old Town than we’d have hoped to be, so it took us 25 minutes of uphill walking to reach any of the main tourist destinations or points of interest (although this was great news for our glutes!) You can also get the bus which takes only 5 minutes to get to the old town or take a taxi (which was roughly 60 kuna – around £6).

It was, however, the perfect location for a morning run along the harbour and bay, where we were able to explore the meandering coastline of Dubrovnik and the magnificent Cruise liners which visit the city every day.

We were recommended to  purchase a Dubrovnik card during our stay which gives you access to all the attractions of the city for a tenth of the price and even allows you to travel on the buses for free.
For our 3 day stay it was only 180 kuna (around £18) – and walking the city walls alone costs 100kuna so it is definitely worth the money. As you can see from my photographs, it was slightly cloudy on the day we walked the City Walls with only the occasional outburst of sunshine, however, this was actually a blessing in disguise as the 2.2km walk and steep climbs involved in exploring Dubrovnik’s City Walls make for tired girls!

As we walked along the wall, we discovered a gorgeous little cafe called Buza bar, which is situated under white umbrellas on the cliff’s edge and that you will spot as you make your way around the City Walls. To actually get to the cafe, however, you need to come from the main street of Stradun where you climb the  stairs leading up from Gunduliceva (this is the square with the outdoor food market behind the Cathedral). From there pass through the large courtyard and then follow the street along to the right, keeping the city walls on your left-hand side and look up for the sign saying ‘cold drinks’

After a quick change, we then made our way up the hill towards the old town – a UNESCO heritage sight since 1979 and dating back to the 6th century. Eating breakfast just outside the city at a local restaurant on the cliff side which overlooked the impressive and intricate architecture of the Old Town City Walls. Today’s intact city walls, constructed mainly during the 12th–17th centuries, mostly a double line, have long been a source of pride for Dubrovnik. The walls run an uninterrupted course of approximately 1,940 metres  in length, encircling most of the old city and reach a maximum height of about 25 metres. The bulk of the existing walls and fortifications were constructed during the 14th and 15th centuries but were continually extended and strengthened up until the 17th century.

It struck me, as it always does when I travel, how incredible it is that people were able to build such awe-inspiring structures with only the most basic tools.

Dubrovnik and it’s attractions are well worth a visit if you are a fan of the Game of Thrones series, which was partly filmed in the Old Town! Dubrovnik is actually the setting of King’s Landing in Game of Thrones and if you’re a fan of the show you’ll be able to spot many of the locations throughout the city! Being in Old Town Dubrovnik feels like you have gone back in time and we were told that you can actually walk around barefoot as it is the cleanest city in Europe (the stones literally gleam in the sunlight they are so clean!)