The Star of the Game of Thrones in Dubrovnik: The Kings Landing is coming back to Croatia? 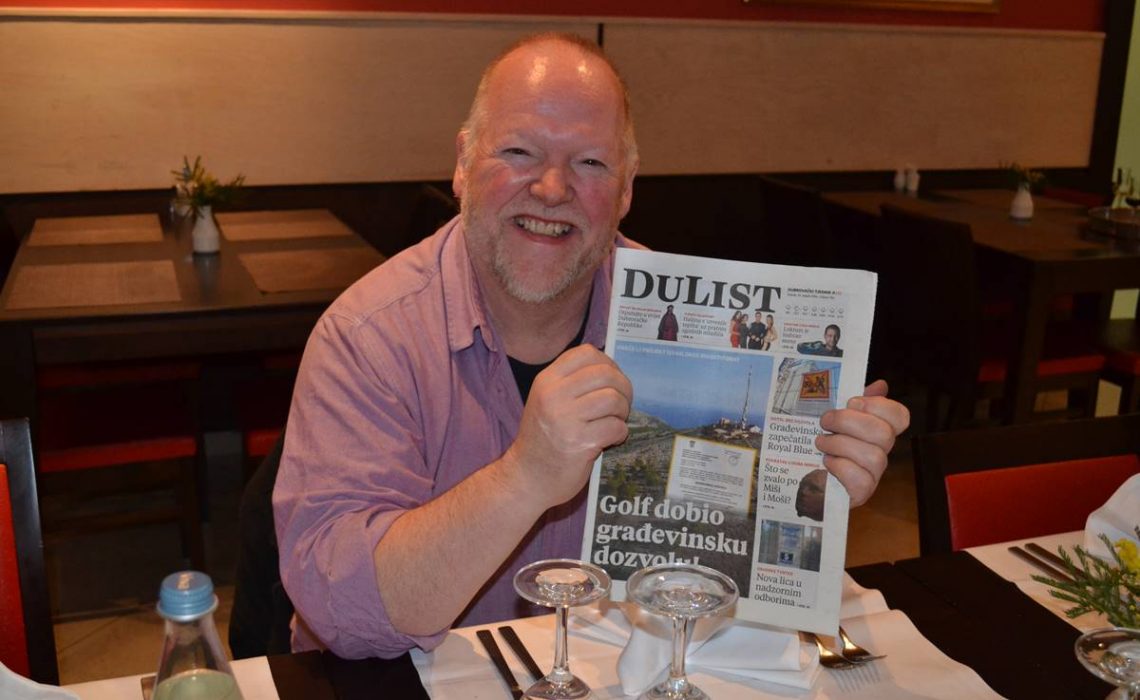 Another famous guest has visited Dubrovnik – William Simpson, the ‘storyboard’ team member of the TV series Game of Thrones, the character (and scene) creator in this popular show. The one who is responsible for creating Khaleesi, John Snow, and others, stopped for a cup of coffee with our team and here is what he revealed to us.

‘The Story Board artist creates the appearance of characters which are part fantasy; we make their weapons and costumes. After we create them, we transfer them to the drawings, like in a comic book. And after that we record scenes and characters.’ explains Simpson. For such a long period Mr. Simpson drew scenes from Dubrovnik even though he did not see the city. This February he came to Dubrovnik for the first time in his life.

‘The Internet is a powerful weapon, I use to get pictures of Dubrovnik, and I made my creation of it. I was very successful’ says Simpson, who finally enjoys Dubrovnik as a tourist. He came accompanied by Nebojsa Mandic and Jovan Subotic, his hosts and friends, organizers of the Comics festival in Herceg Novi, Montenegro.

The first impression of Dubrovnik Simpson made after visiting Restaurant Mimoza and Stradun where he tried traditional local food.
‘My plate is empty. That means that I adore your town!’. said a famous foodie before we continued to talk a little bit more about his job.

‘To deal with this job you must have an excellent understanding of psychology. You must be able to understand each director and to figure out what he wants and how he sees the scene, characters, frames and many other things. Sometimes or often I feel frustrated when I’m so enthusiastic about my work, but the director wants something entirely different. But that’s part of the job. Over the years, I’ve learned to accept it and now see it as an advantage because every director gives a certain charm to my work.’ explained Simpson.

After we had finished the ‘sweet talk’ about his exciting profession, we asked for an answer to a crucial question: How many seasons of Game of Thrones can we expect?
‘Well, the end is not yet known. The series will get to its last season sometimes, because anything that is too stretched is not attractive. We must make an end one day, but it won’t be at this moment. We will watch the seventh season of the series for sure.’

We were happy to hear that, but also worried about the other thing: Will the Game of Thrones return to Dubrovnik?

‘It depends on the course of action on the show, but Dubrovnik is not excluded,’ he said.