Onofrio Fountain will Soon be ‘New’ and Beautiful 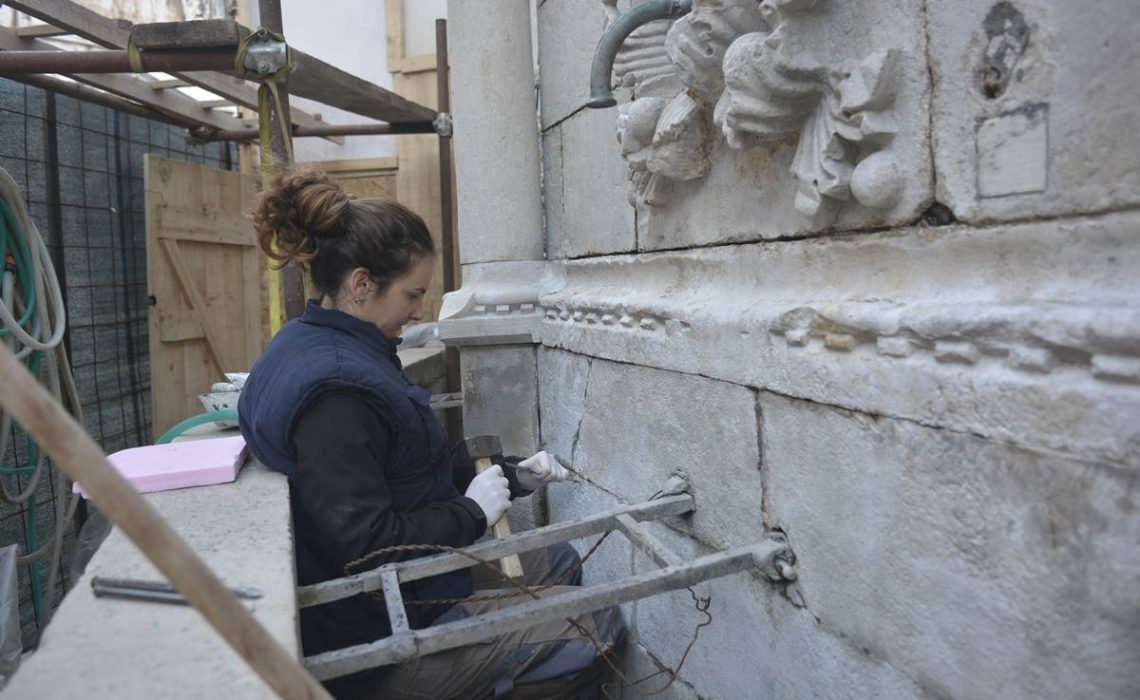 Next time you enter the old city of Dubrovnik, you will see the old but again the new look of Onofrio Fountain. Last month, precisely in the middle of January Onofrio Fountain was ‘closed’ to public. Professionals from Split and other parts of the country came to Dubrovnik to give the old monument new shine. The project will go through many phases and currently the fountain is in the stage of stonework. The entire project is expected to be done before the new summer season when the ‘proud lady’ will look ‘younger’.

Onofrio Fountain is located opposite the Church of Holy Salvation, next to the Pile Gates. It was built by Onofrio della Cava. The fountain was greatly damaged in the earthquake and its beauty and functionality impaired. It was erected as a celebration of the completion of the new waterworks in 1438, which thus supplied the city with water from the Dubrovnik River, 12 kilometres away.
This fountain, with the beauty of its architecture and the gurgling of its clean water, was intended to preserve the memory of this significant technical and important feat. As a favourite meeting place for the city’s youth, it entered into the decor, along with the Small Onofrio Fountain, in the Renaissance comedy “Novela od Stanca” by Marin Drzic, the greatest Dubrovnik comedy writer.