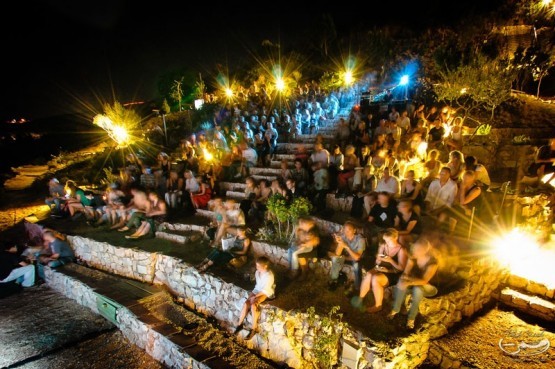 This summer, there will not be concerts in Park Orsula, announced the organizers of this sweet summer music festival, that was held for five years in a row.

‘There are many reasons for this hard decision’, they wrote on their official Facebook page. In just a few minutes, a lot of people reacted in shock, since this is the most popular summer festival, and Park Orsula is considered to be one of the most famous Dubrovnik stages ever, known worldwide.

If you’re not familiar with this place, here’s a little blast from the past:

After six years of passionate and continuous work of a small group of enthusiasts, lovers of nature and heritage of the Dubrovnik Old City, headed by the project’s initiator and leader Andro Vidak, Orsula Park was opened for visitors in 2012.

This wonderfully cultivated district – which naturally blends with the existing gazebo on the Adriatic Highway above the Orsula area, offering a magnificent view of the Old City and the surroundings – abounds in valuable historic materials, intriguing legends and positive energy. Apart from being a place where one can enjoy nature and the view, the park was conceptualised as a unique open air stage for cultural and entertaining events.

About the historical site

Beautiful scenes that stretch from the locality around the church of Sv. ORSULA, which dates from the 14th century, attract numerous domestic and foreign tourists. The view from the gazebo located on a cliff, 200 meters above sea level, is truly breathtaking.

Old Dubrovnik always built their churches and chapels in places of special significance and message. In the middle of the 14th this century, built by the church in honor of St. ORSULA (Ursula) patroness of virgins and virgin purity. It was built by his will Dubrovkinja Tole Del Silvestro in 1348 years.With the cult of St. Ursula is tied to the legend of the 4th century England, the royal daughter, raped and murdered. The church was dedicated to this saint as a memorial to all the girls who were abused throughout history, at that point, jump into the abyss, completed his suffering … just for her, all of the inhabited part of Dubrovnik called Orsula.