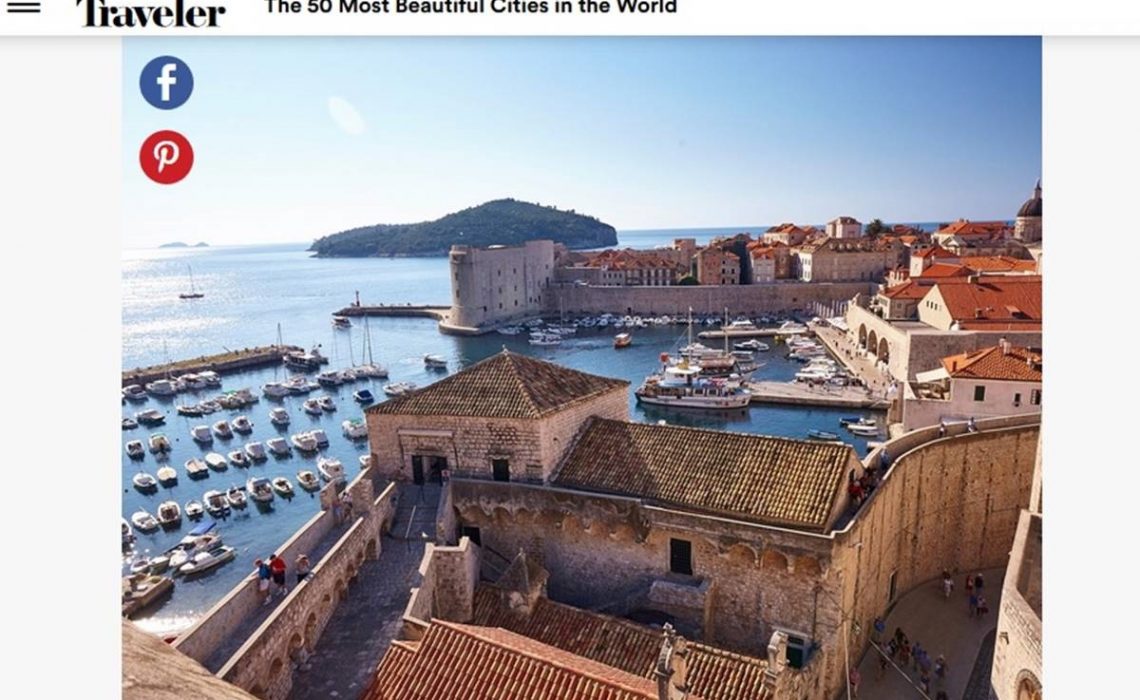 Condé Nast Traveller, one of the most famous magazines for ‘people who love to travel’, as they say on their official page, made the list of the most beautiful cities in the world.

Read the caption CNT Editors wrote about our beautiful city:

There are few places that better capture the grand soul of maritime Old Europe than Croatia, particularly Dubrovnik. The city currently plays King’s Landing in Game of Thrones, and was formerly the capital of the Maritime Republic of Ragusa, rival to Italy’s Venice and Amalfi. Dubrovnik’s crown jewel is the sternly lovely old town of Grad, whose convents, palaces, and fountains were cut from the same lightly colored stone.