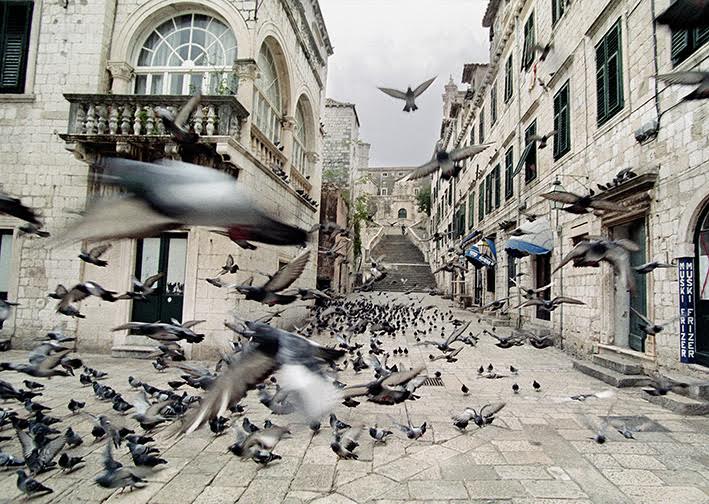 From this May to October, Dubrovnik is a host of a very interesting and terrifying exhibition named War Photo Limited. War Photo Limited is an exhibition centre of war and conflict photojournalism situated inside Dubrovnik’s historic old city, spread over two floors the 350m2 (3800 sq ft) displays photographic exhibits by world renown photojournalists covering recent and ongoing regional and global conflicts.

It is the intent of War Photo Limited to educate the public in the field of war photography, to expose the myth of war and the intoxication of war, to let people see war as it is, raw, venal, frightening, by focusing on how war inflicts injustices on innocents and combatants alike. The Programme of the Centre talks about various human tragedies that happened in the last 20 years. Here is what you can see if you visit War Photo Limited until the end of October.
May 1st – 30th Oct 2016 EX-YUGOSLAVIA
Our permanent collect of images from the break-up of the former Yugoslavia is always on display. These iconic images taken by some of the most renowned photojournalists of the time, they cover the wars in Croatia, Bosnia and Herzegovina and Kosovo. Multi-media videos also compliment this collection.
Under Siege: Dubrovnik 1991 /photos by Peter Northall

Known as “the Pearl of the Adriatic” the medieval walled city of Dubrovnik, founded in the 7th century, was besieged by the Yugoslav Army and Navy in late 1991 after Croatia declared independence. The historic town and its residents suffered months of bombardment surviving without electricity, water and very little food. Overwhelmed by those displaced from Dubrovnik’s surroundings, by the Yugoslav Army advance, thousands sheltered in basements, hotels, museums and any place to offered the slightest protection, living through the winter and spring in a city under siege.

Following the refugees and migrants from their arrival to the Greek Islands by boat, along the Balkan Route as they make this exhausting journey in the hope of reaching western Europe to begin a new life free from war, death, and economic hardship.

The migration crisis is a metaphor for our world and its inequalities. The arrival and the perpetuity of the hundreds of thousands of new migrants in Europe unmask the reality that in our society, the right to freedom of movement and the right to a decent life is not the same for everybody, and demonstrates how Western society, through these inequalities, seeks to preserve its privileges.

The Road to the Caliphate  / photos by Eddy van Wessel

Eddy van Wessel takes us on an emotional journey down the road of western military adventurism, of invasions and occupations, down a road where hearts and minds are replaced by hatred and retaliation, a road that traverses regime-change-gone-wrong.

He witnesses the rise of warlords, corruption and power struggles, the advent of extremism, as people are used and neglected without a sense of human value. Eddy set out to document, recording his astonishment, along a path of historical destruction and suffering leading down the road toward the Caliphate.