In Love With Dubrovnik for More Than 40 Years: Meet Helmut and Rosa Groeber 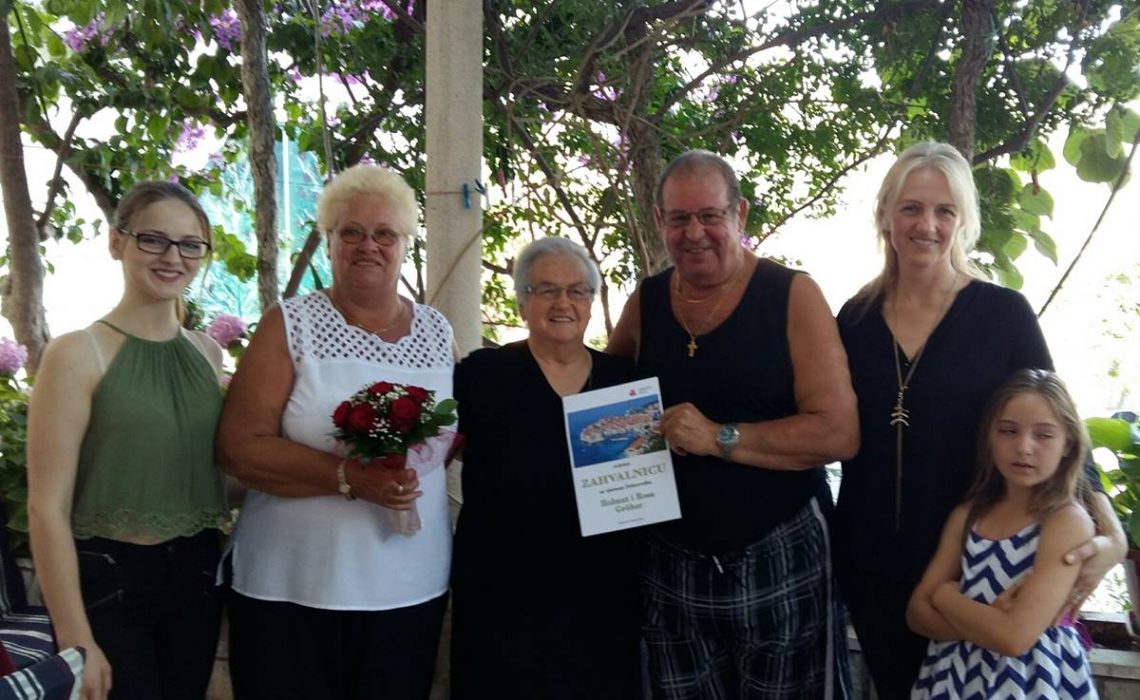 Family Groeber, Helmut and Rosa, are visiting Dubrovnik and Zaton for more than forty years. They are staying in the Villa ‘Mare and Filip’, owned by their friends, family Puljizević.

These nice Bavarians from Munich spent, as they say, some of the most beautiful summer right here in Dubrovnik. Helmut first discovered Zaton Mali As a young man, back in 1972, and later continued to visit Dubrovnik area with his wife Rosa.

Since 1982, coming continuously, every summer, they stay in Mali Zaton at least a month. Helmut 1991 went from Dubrovnik with the last boat via Rijeka, and they returned in 1993, in some very tough war times, but every day they sat down by the sea, despite the turbulent and dangerous situation, said the housekeeper, Ms. Mare Puljizević, stating that family Groeber gave family Puljizević a shelter during the most dangerous times, in Munchen.

They will continue to come and enjoy every summer in Dubrovnik, and Tourist Board of City of Dubrovnik gave tihs charming couple flowers and gifts, to honor these long-time guests and their hosts, who – in this way – both are the best promoters of Croatian, Dubrovnik, Zaton.

We look forward to see family Groeber in Zaton next summer! 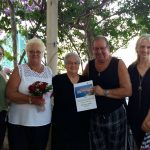 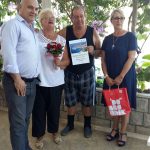 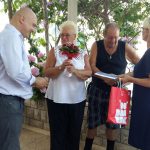