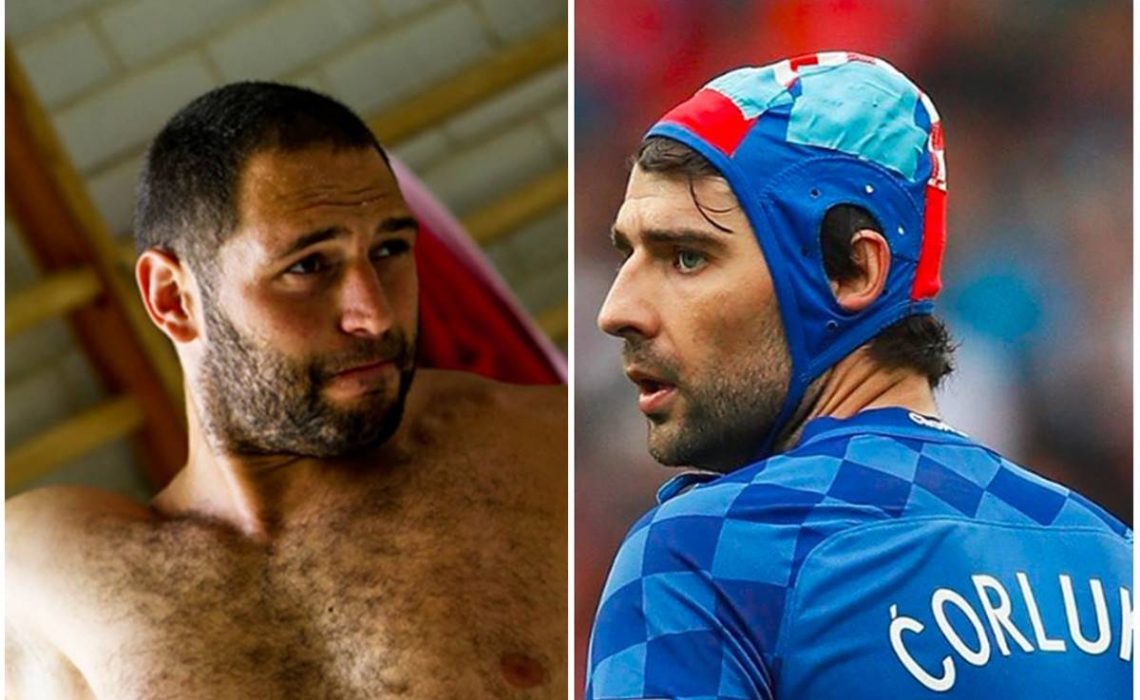 Croatian defender Vedran Ćorluka is taking his part in the famous UEFA football museum. With his water polo hat, of course!

Ćorluka was injured badly during the match Croatia – Turkey on this year’s Euro, but he didn’t stop for a second. During the next game, Croatia – Czech Republic,  Vedran took his gift, water polo hat, and put it on the head, to hold the bleeding and injuries. the ear protectors were removed and it was good to go – all the way to the museum, since he is the first football player ever to play with water polo hat on.

The hat is an memorable gift from Vedran’s friend, famous water polo player Paolo Obradović from Dubrovnik, who is playing in Croatian national water polo team, this year’s winners (read more about it here).