A Great Jubilee: 50th Anniversary of Linđo at the Festival 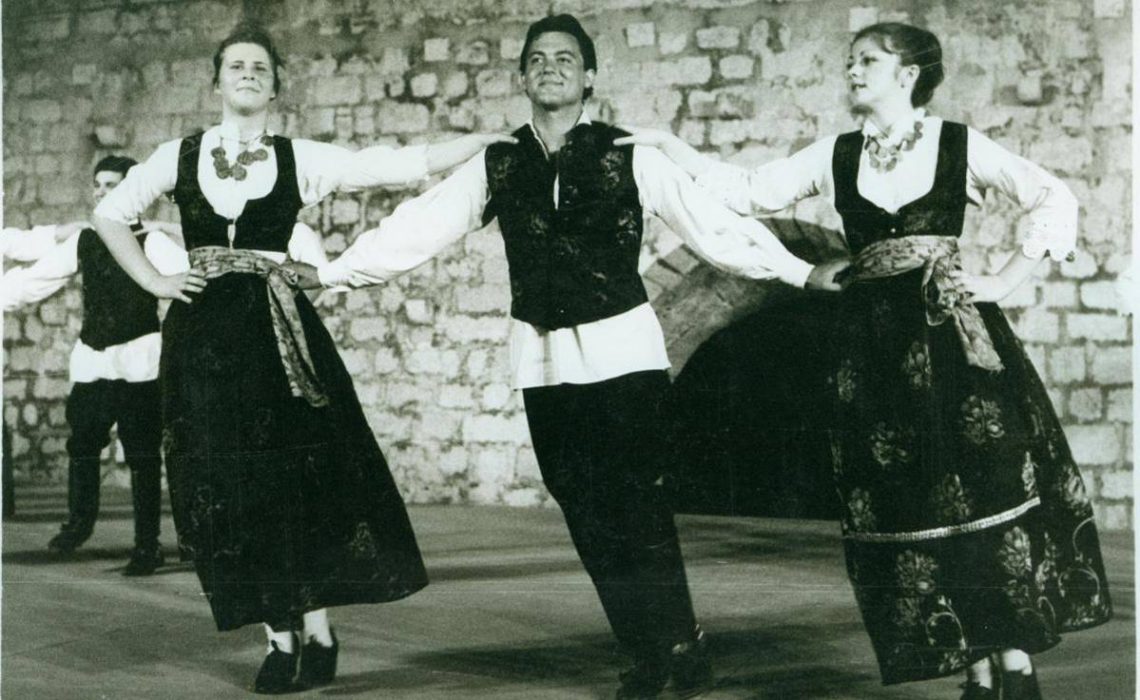 In year 2015, the Linđo Folklore Ensemble marked a great jubilee – its 50th anniversary – while this year we celebrate the 50th anniversary of Linđo performances at the Dubrovnik Summer Festival. The festive concert will be held tonight at 9.30 pm in front of the St. Blaise’s Church.

The Linđo Folklore Ensemble, established in Dubrovnik in 1964 on the initiative of the Atlas Travel Agency, nowadays consists of around 300 members from the age of 12 to maturity. Dancing, singing and playing in their priceless original folk costumes, the Linđo members feature an extensive, versatile and carefully conceptualised repertoire, testifying to the rich cultural and folk heritage of their homeland. During Linđo appearances in some twenty countries in- and outside of Europe, the audiences have recognised the ensemble’s identity: an amalgamation of cheerfulness, joy, youth and dedication of its members on the one hand, and their masterfully choreographed and performed music and dance shows on the other. 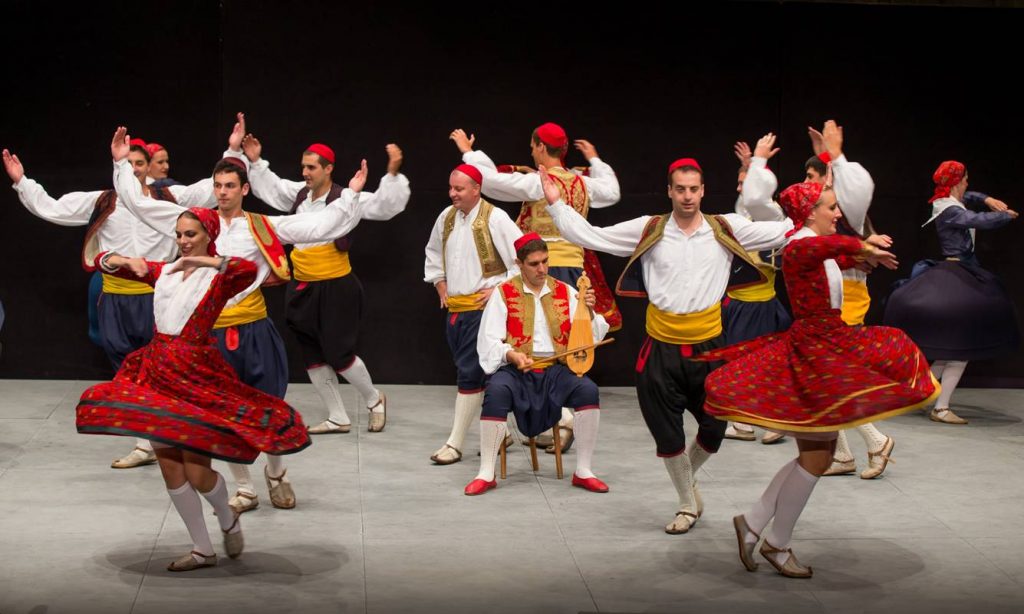 Linđo’s performances have been extensively broadcast by ten TV stations and recorded on CDs and discs, which promote Linđo in the best possible way all over the world. The ensemble has won a large number of awards and honours at different festivals and gatherings. In 1973, the ensemble was awarded Gold Medal and Gold Record at the International Dijon Folklore Festival in France, and in February 2012 it was acknowledged an Ambassador for Peace by the International Institute For Peace Through Tourism (IIPT). Linđo is a zealous organiser of cultural exchange projects, promoting the Republic of Croatia’s culture and folklore, while respecting cultural differences of other nations.Linđo members have always been sociable, popular and well-liked. In the ensemble’s 50-year history, many generations have succeeded each other, and many friendships and loves have been born. Nowadays, Linđo performances are major and unmissable cultural events in Dubrovnik, while the Linđo Ensemble has become a symbol of the City heading for the future.

In addition to performing numbers by Croatia’s finest choreographers, Linđo has achieved a large number of impressive results:
– Around 3.500 performances attended by more than 2.000.000 national and international visitors;
– Around 200 promotional tours;
– Linđo has had more than 3.000 members;
– Linđo’s costume holdings comprising 1.500 lively folk costumes – most of which are original, rare, extremely valuable and purchased with its own money – bear witness to Croatia’s rich cultural and folk heritage;
– The ensemble’s permanent team consists of 200-300 young girls and boys aged 12 to 28;
– Linđo’s first tour was the one of Italy in 1966;
– During its history, Linđo has promoted Croatia’s cultural heritage and tradition, having become an important segment of Dubrovnik’s tourism with an average of more than a hundred performances per year;
– As far back as the 1960s, Linđo aimed at exploring, collecting and staging the finest examples of Croatia’s music and dance traditions. Following the initial one, Linđo’s present-day aim is complex, creatively and socially inspiring, and targeting both national and international community.
– Since 2011, the Scientific Interdisciplinary Symposium entitled The Croatian Folklore and Ethnographic Heritage in the Light of Dubrovnik’s, World’s and Tourist Present – taking place from 11 to 13 December – has been organised in Dubrovnik, featuring lectures by international experts from all fields of art and science, and a humanitarian concert for the blind and partially-sighted. 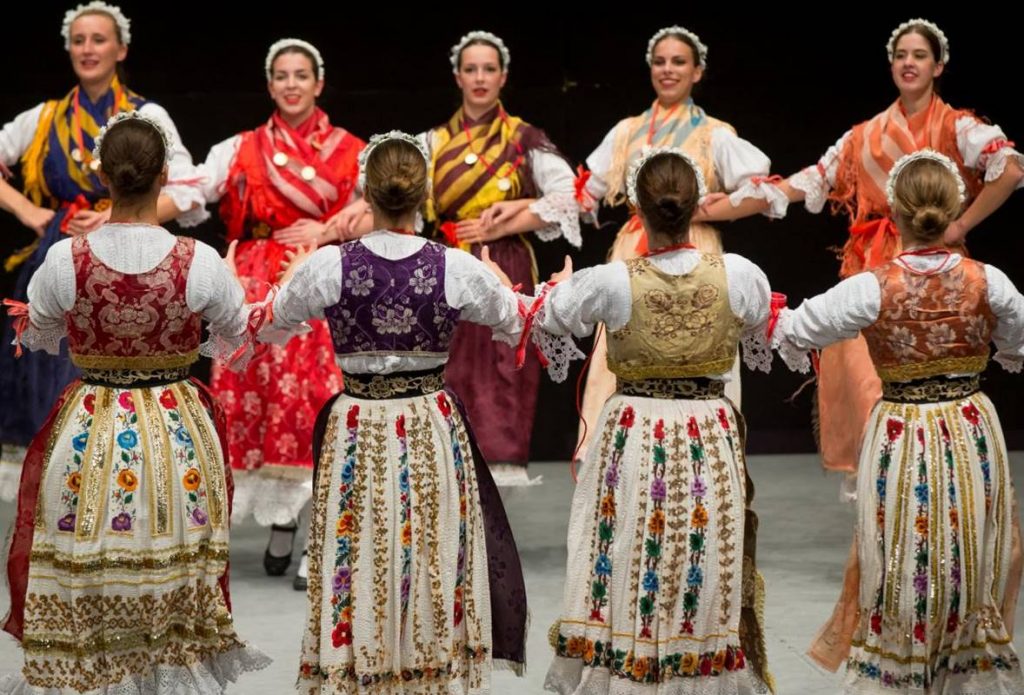 Special attention is being paid to the Linđo Heritage project including the work with kindergarten and elementary school children through workshops on traditional instruments, songs and dances. Linđo’s appearances and events have extended Dubrovnik’s tourist season. The ensemble has also performed within the Winter Tourism programme and at international folk festivals, and has taken part in gatherings on intangible heritage, round-table conferences, youth forums, workshops and lectures. Every year, Linđo organises Christmas Concerts and many other performances on the occasion of different holidays and events, and travels nationally and internationally.