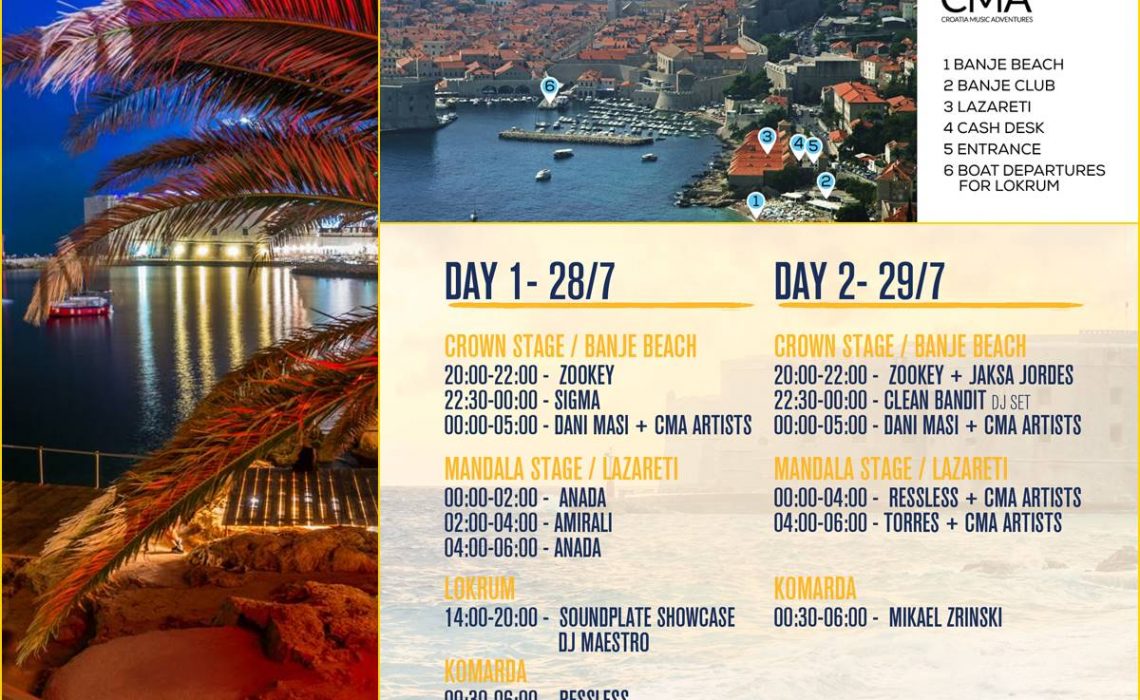 The second season of the Croatia Music Adventures project has grown to be a 5 stage festival this year. We are proud to announce some of the world’s hottest music names on the most beautiful Mediterranean beach- Dubrovnik, Banje Beach! During the two day festival, Dubrovnik will host ten DJ’s. Headliners of this amazing boutique festival will be SIGMA and CLEAN BANDIT DJ Set.

One of the Headliners is the world’s most famous drum and bass duo – SIGMA, the artists behind the worldwide hit ”Nobody To Love“ and many more, which are counted in hundred million views on YouTube. One of the biggest radio and club hits in the last decade, ”Rather be”, belongs to our second headliner, Grammy award winning group Clean Bandit who will perform a special Clean Bandit DJ set.

This year CMA main stage will be located on Banje Beach where the new ”STAR WARS VII” was filmed. The second stage is Banje Beach club, the third is in Lazareti and fourth is on Lazareti beach, Komarda. Fifth stage, which won’t be in regular sale, will be on Lokrum island, beside the ”Dead sea”. Visitors can travel to Lokrum on a special CMA boat. This year we will have performances by one of the greatest in funk, jazz and disco, nine times platinum for Blue note records, Dutch DJ MAESTRO. He will introduce us to his new soul / funk compilation „DJ Maestro Presents Nina Simone Little Blue Girl Remixed“!

His show will be the exclusive lounge introduction to CMA 2016! All the visitors that are on the Lokrum island on 28th July will have the privilege of listening DJ MAESTRO. Apart from its amazing beauty, Lokrum ”hides” the throne of mega popular series ”Game of thrones“.

Tickets are on sale also via Eventim (www.eventim.hr and at all retail outlets of the same system (Tisak kiosks, Tisak Media, Petrol BP ..) 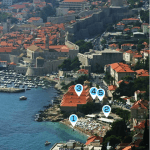 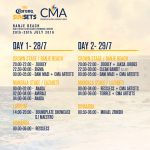 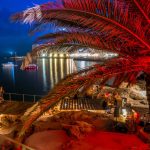