Fascinating Tradition: Celebrate the 350 Years of Moreška Dance on Korčula! 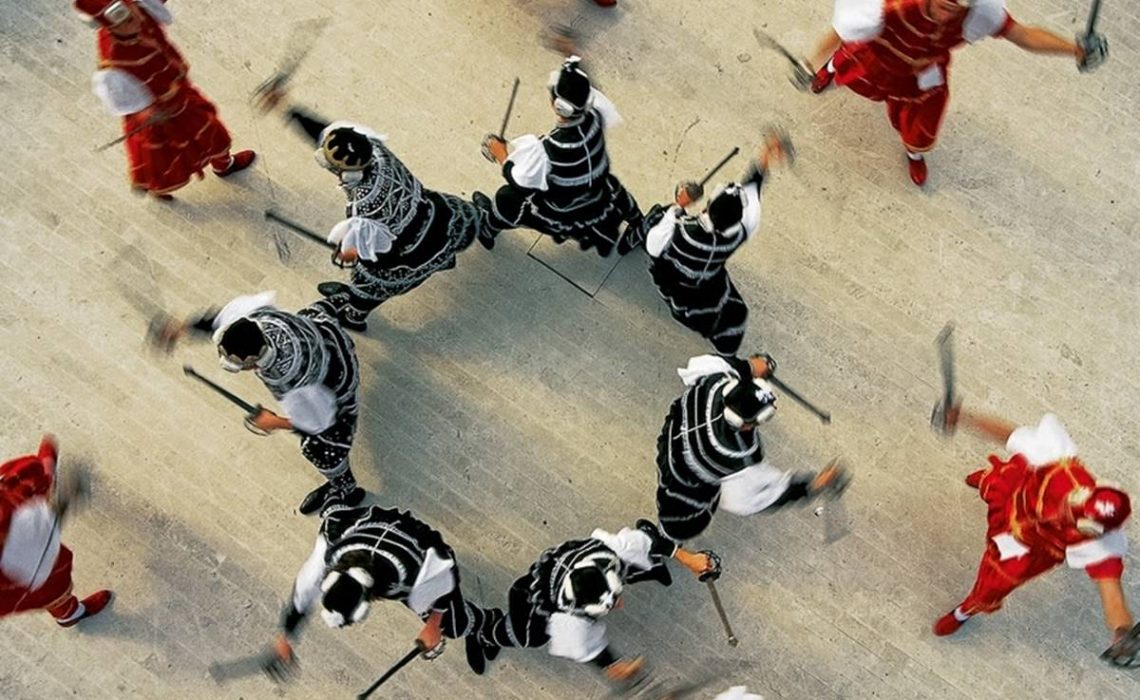 Korčula is one of the few Croatian islands where young people do not leave in droves. At the same time it is home to the last authentic sword dance in the Mediterranean – Moreška.

The Moreška sword dance, which has a 350-year tradition, is an elaborate production involving two groups of dancers, engaging in a mock battle over the fate of a veiled young woman. Originally performed rarely on special occasions, the Moreška is performed weekly for visiting tourists to the island over the summer.

Visitors will be able to learn more about the traditional dance captured through the lens of Davor Rostuhar and his exhibition dedicated to the impressive Moreška, which opens on 30 July 2016at 8pm in Prince’s passing on Korčula. The exhibition is organized by Moreška – Cultural Association – Korčula.

This year is the 350th anniversary of the first written mention of Moreška in Korčula. A decade ago in Zadar’s archives it was found that the first mention of Korčula’s Moreška was on 7 March 1666 in a ‘misdemeanor report’ by local authorities, namely representatives of the Venetian Republic.
A trio of Korčula citizens back then tried to register the Moreška dance, but the State refused to initially sanction it. Three and a half centuries ago, in the year in which Newton discovered the law of gravity, and Molière wrote Misanthrope, Korčula’s Moreška was legalised fun entertainment.

If you are on the island on 30 July go and check out what is sure to be an interesting exhibition.