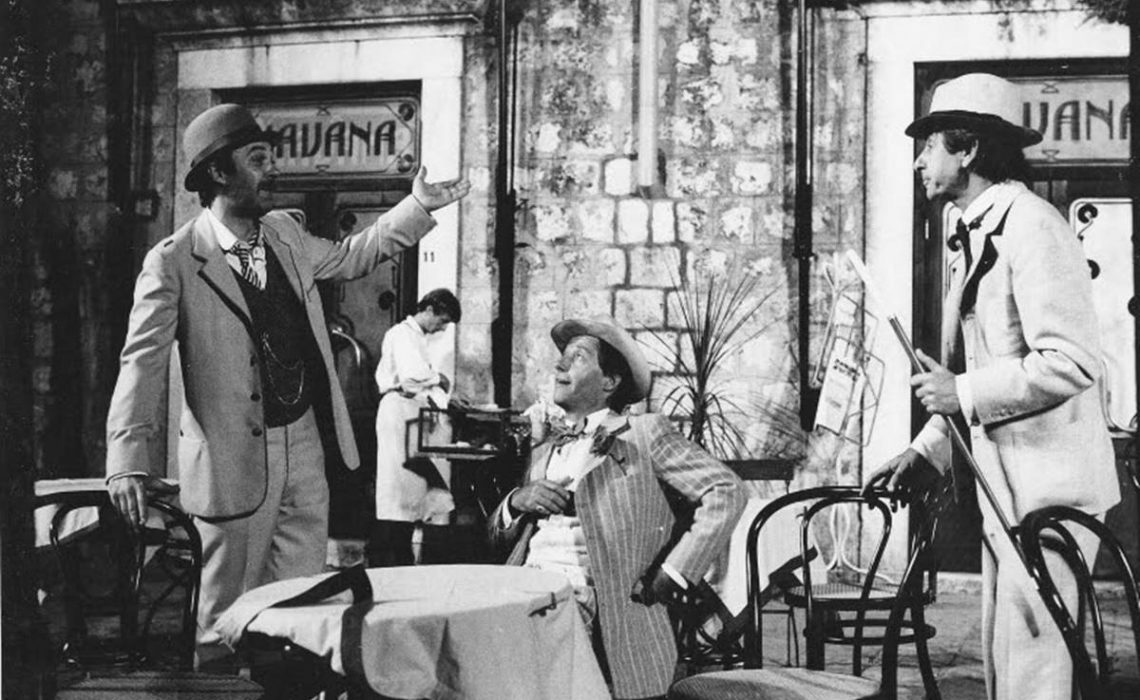 Adored by audience, legendary play La bottega del caffè by Carlo Goldoni, translated and adapted to old Dubrovnik language and setting by Frano Čale, directed by Tomislav Radić and premiered at the Dubrovnik Summer Festival in 1978 at Gundulić Square, had it’s place on the Festival programme for 10 years!

Directed by Vinko Brešan at the 67th Dubrovnik Summer Festival as a comedy with singing and dancing it will have it’s first performance on 31 July in front of the Sponza Palace as hommage to this legendary production from 1978.

We can’t wait – luckily, there’s an video announcement for the premiere…