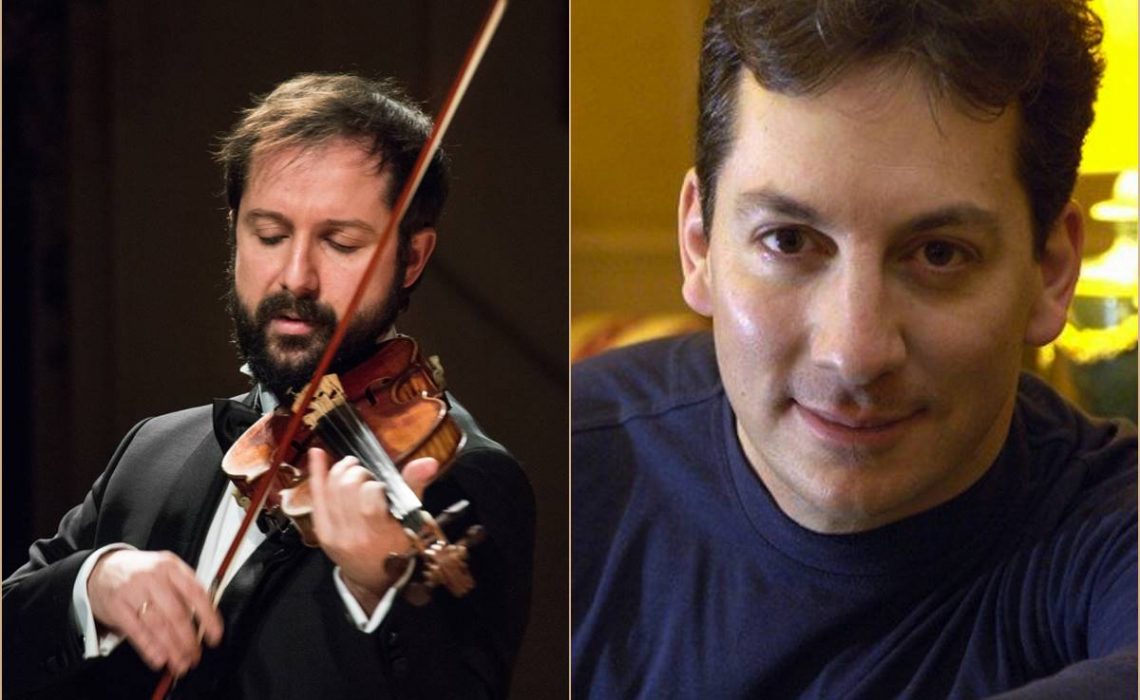 As part of the rich music program of this year’s Festival, violinist Davide Alogna and pianist Alexander Frey will perform works of the great masters: Bach, Mozart, Brahms, Tchaikovsky and Manuel de Falla, on Friday, 29 July starting at 9.30 pm in the Rector’s Palace Atrium.

Davide Alogna is considered to be one of the greatest talents of the Italian music scene. The respected Amadeus magazine had his name on the cover twice in the same year, presenting his two recordings. With the highest grades he graduated violin and piano at the Giuseppe Verdi Conservatory in Como, and mastered violin and chamber music at the Paris Conservatory Premier Prix a l’ Unanimité. Multiple times he was a winner of national and international competitions, he has performed with the most prestigious orchestras in the world and at the most prestigious venues such as Carnegie Hall in New York and the Teatro Colon in Buenos Aires.

Alexander Frey was one of the top ten on the Billboard’s list of classical music artists in 2005. Leonard Bernstein called him a “beautiful spirit” on one occasion. Alexander Frey performs regularly as a soloist and with symphony orchestras around the world as well as at numerous international festivals. In addition to his organ and piano performances, Frey enjoys the reputation of one of the most versatile conductors with numerous successful performances in concert halls and opera houses, as well as those in Hollywood and on Broadway. As a pianist and organist, Frey performed with many world-renowned symphony orchestras such as the Berlin Philharmonic, the Leipzig Gewandhaus Orchestra, the Munich Symphony Orchestra, Hollywood Bowl Orchestra, Berlin Radio Symphony Orchestra, Mexico State Symphony Orchestra and others.

The artists will perform sonatas for violin and piano by Johann Sebastian Bach, Wolfgang Amadeus Mozart and Johannes Brahms, as well as a three-movement composition Souvenir d’un lieu cher by Pyotr Ilyich Tchaikovsky and Spanish dance from the opera La vida breve by Manuel de Falla in the arrangement for violin and piano by Franz Kreisler.