After a Few Centuries: ‘Kučak’ on Onofrio Fountain is Back 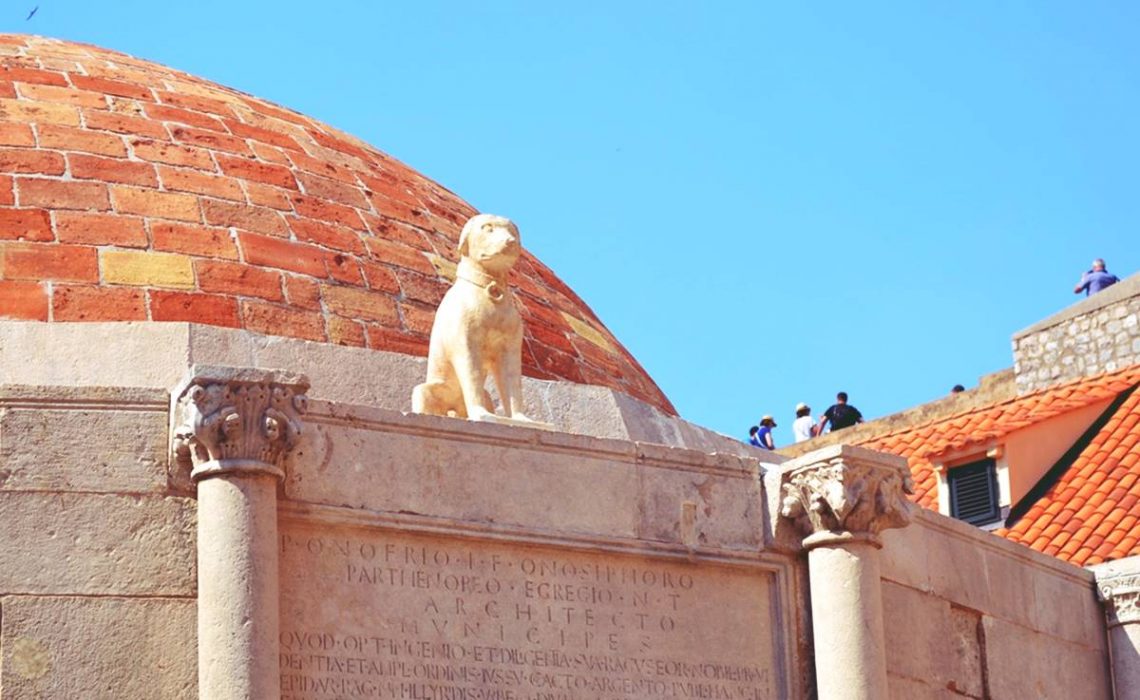 This week, a stone replica of ‘kučak’ from Great Onofrio’s fountain was turned back to the top of the fountain.

This dog statue, representing a guardian and protector of the values of Republica, was removed in 19th century due to its fall and cracking without obvious reason. Interesting fact is that the dog was on the top of the mountain from the beginning (15th century) and lasted even after the Great Earthquake (Velika Trešnja) that damaged Dubrovnik’s Old Town badly in 1667. 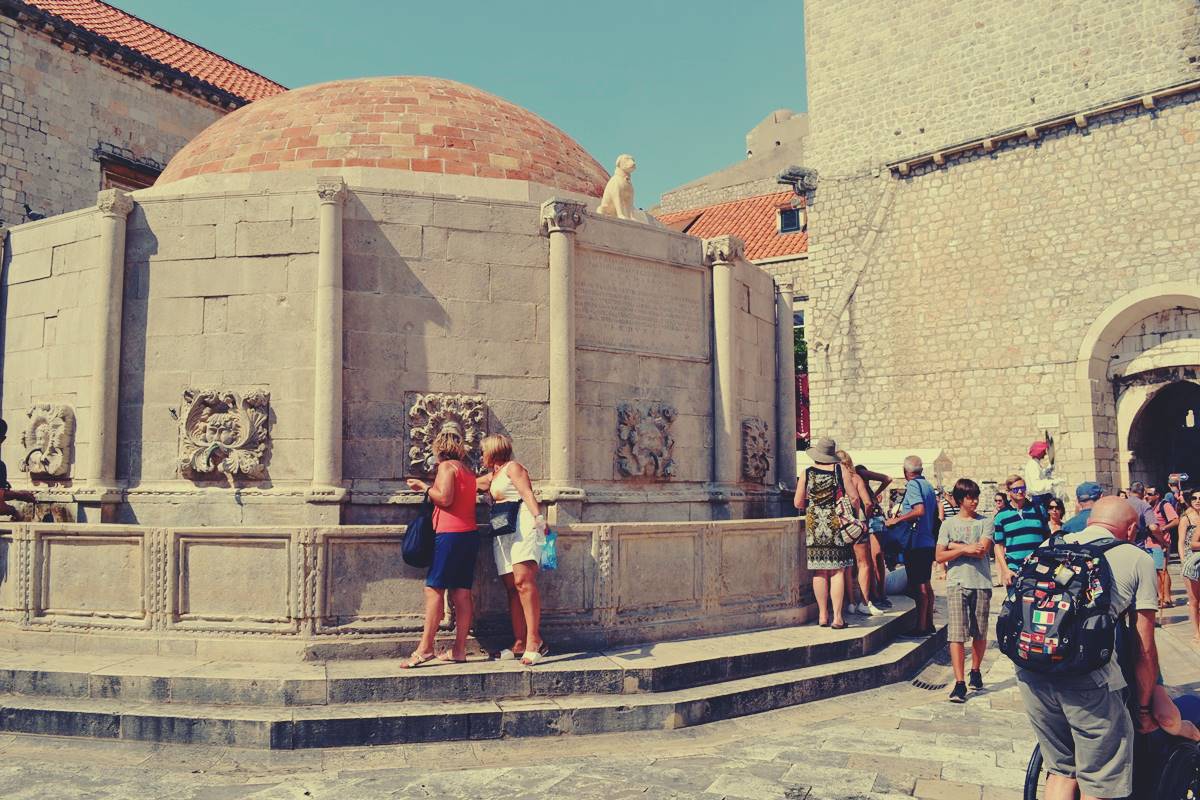 Thanks to the Društvo prijatelja dubrovačke starine (Society of the Friends of Dubrovnik Antiquities) the dog’s replica was turned back, and the original is kept in the Dubrovnik Museums.

Great Onofrio fountain is a masterpiece made by Onofrio della Cava and completed in 1438, both as beautiful architecture accomplishment and functional structure, since the fountain was the last part of the 12 kilometers long water supply system for Republica.