US Presidential Election 2016: The Thoughts of ‘American Croats’ and Experts 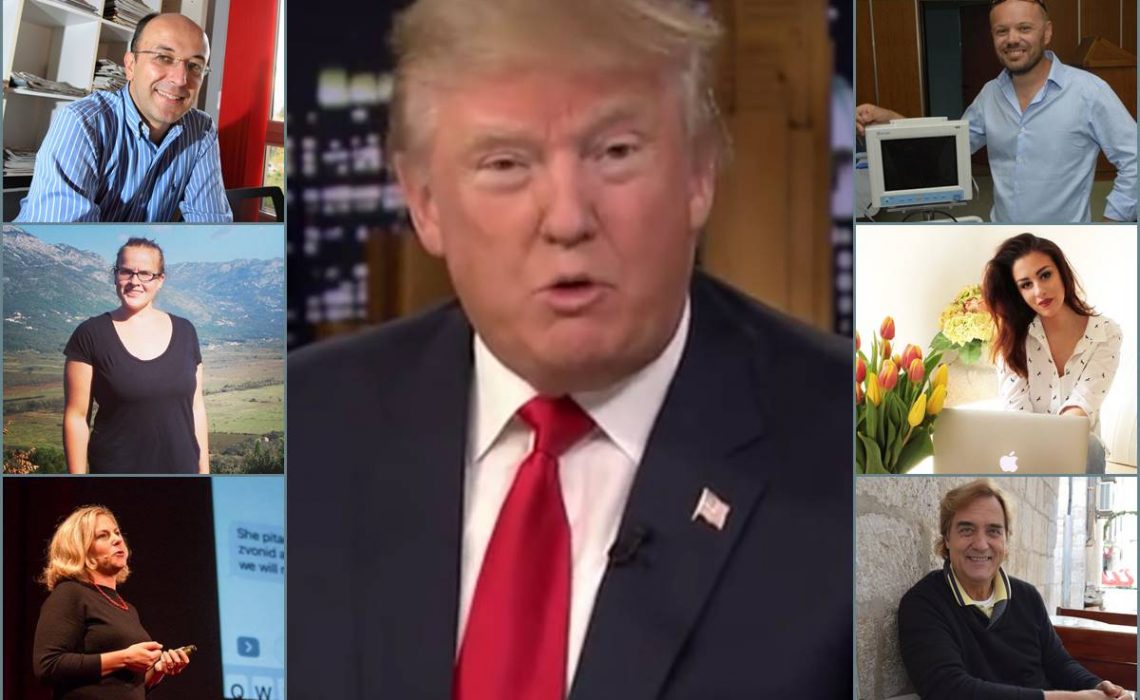 What we wanted to find out are the thoughts of people from Dubrovnik who live or used to live in US, as well as the people who are now considered our citizens, since Dubrovnik doesn’t have so much Americans living in our beautiful town.

First four people who responded to our questions about the elections, gave us honest and modest answers… They are PR expert from Dubrovnik Krešimir Macan who followed the elections directly from the US, Elizabeth Pandža, American who has found her home and made a family here in Dubrovnik, photographer Branimir Kvartuč who is currently working as communications director of the Joe Buscaino City Council and Lena Šutić, creative artist and photographer from Dubrovnik who spent five years studying in New York. 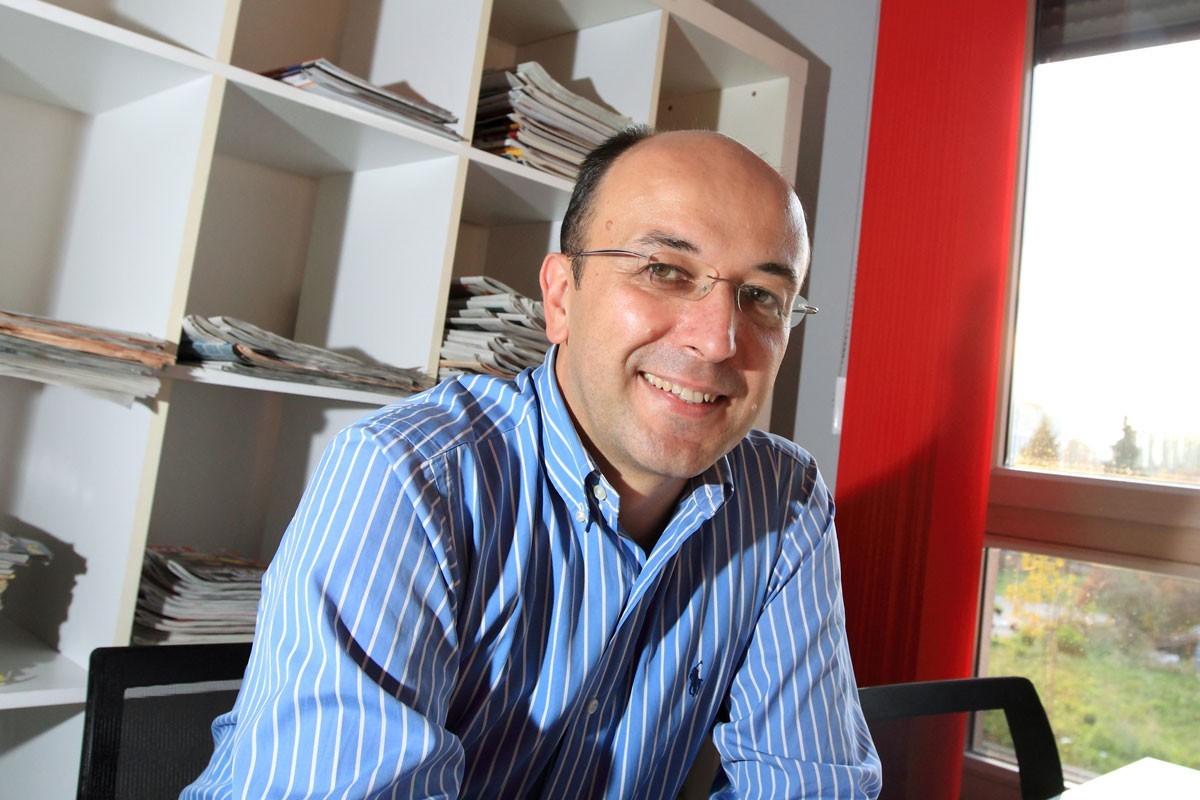 ‘It remains to be seen how Trump will behave now, after he’s been elected as president. America is divided and fearful because of the boosted separation these elections already made. My impression is that all parties will work to move on without much damage, while Trump with this mandate will have to do something for his voters’, Krešimir Macan told us, while Elizabeth thinks that weak turnout of minorities, African-Americans and women on the elections made Hillary Rodham Clinton lose the elections. 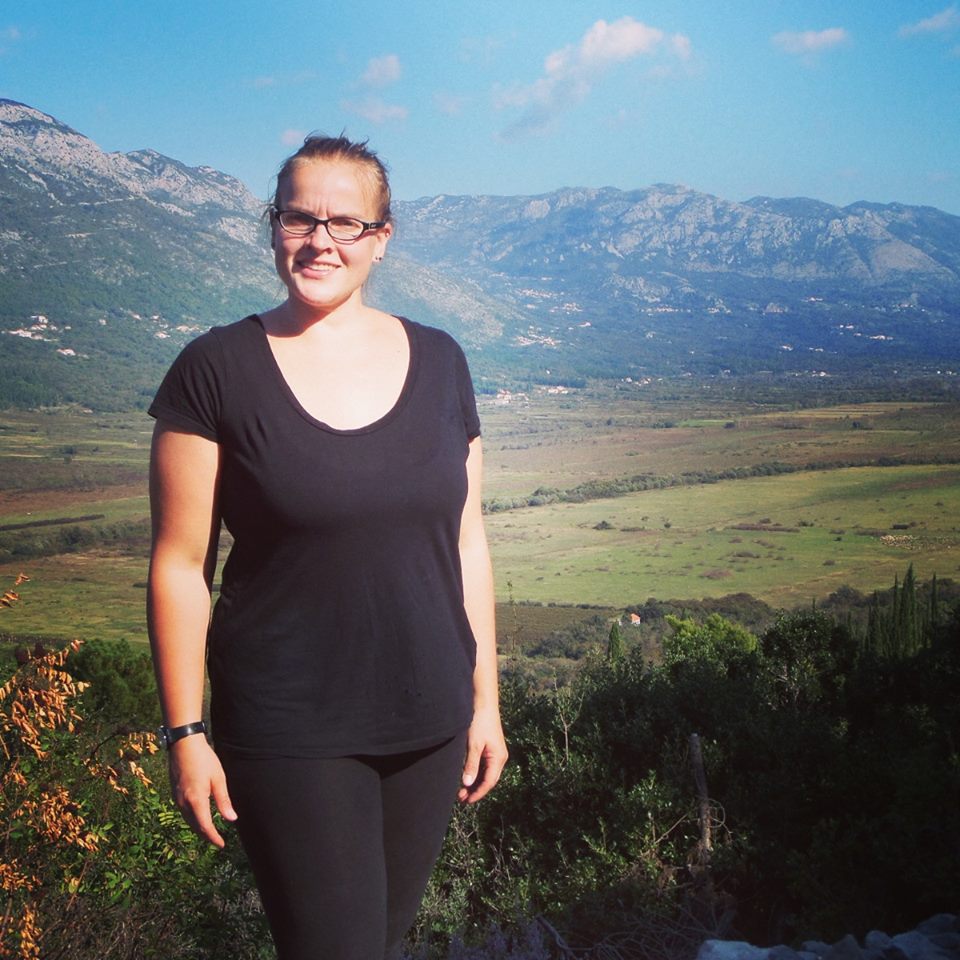 ‘The turnout is weaker than for Obama. On the other hand, voters from provinces went to the polls – what bothered them is the state interfering their private life. They didn’t like ‘Obamacare’, they didn’t like the idea of questioning the right to bear arms, they wanted the lower taxes. Trump simply promiesd them everything they wanted to hear. Personally, I am worried because the Trump is unknown and remains to be seen what will happen with the economy’ Elizabeth told us. 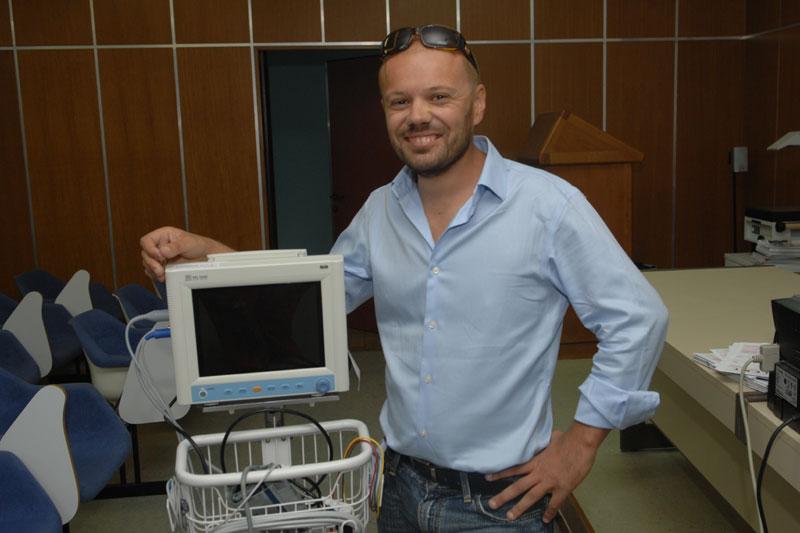 ‘We’re knocked down in California. America has always been a country that accepts the entire world. It’s hard to realize that we live in a country that has voted contrary to our faith. Today’s Trump victory is against Californian faith that we are all equal and available to God. But American faith is something that reminded us as well that the struggle never ends and that the life should be devoted to the human progress. That’s why California will continue to fight for our faith (…)We will not allow a fool to judge us and we will fight against fools’, our photographer Kvartuč told us. 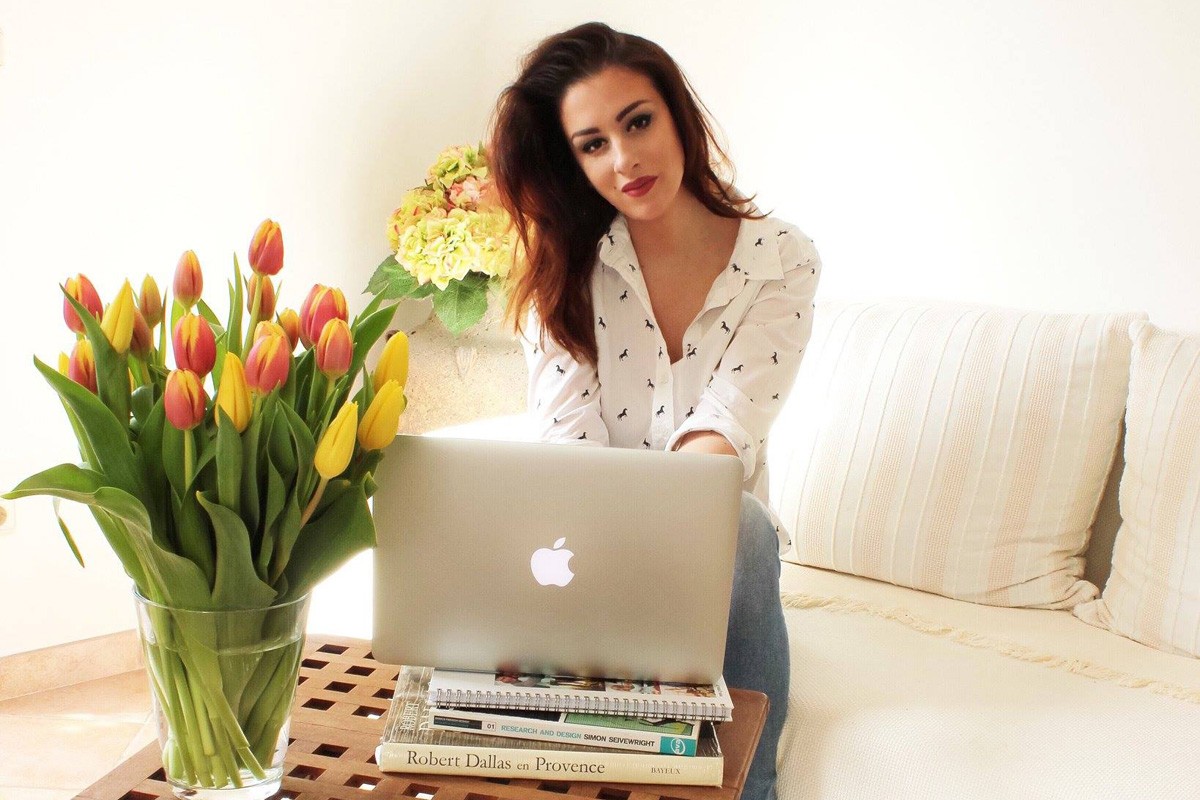 ‘In 1998, Trump stated for People Magazine that if he ever runs for president, he’ll do it as a Republican. He also added that they are the stupidest voters in the country. ‘I could lie, and they will still believe. the numbers would again be extraordinary’ – he said. And he was right. He won the confidence of the nation, but at the same time the indignation of all those who gave their vote to Hillary Clinton. Unfortunately, I think in this race America, and the rest of the world as well, couldn’t emerge as the winner. The two options, in my opinion, equally horrific’, Lena told us, reminding us to the idea of constructing walls to Mexico and the discrimination of the minorities, women, homosexuals… on the one side, and on the other side the candidate that wants to continue the wars, the one that thinks Putin is the No.1 enemy of the US.

‘This morning, while reading the statuses of my American friends, I can feel fear, panic, outrage, sadness. Some write about moving to Canada. A friend who has dual citizenship wrote ‘Never felt so lucky to have an EU passport and a bottle of Vicodin’. None of this is good, even a possible civil war is mentioned, and in Clinton’s case – the world war. Why Trump won? The whole world wrote and spoke against him, including Democrats, making the excellent marketing for him and focus on him. This shift means one thing – America wants major changes, but what changes will bring a period of four years of Trump? Time will tell’, Lena concludes. 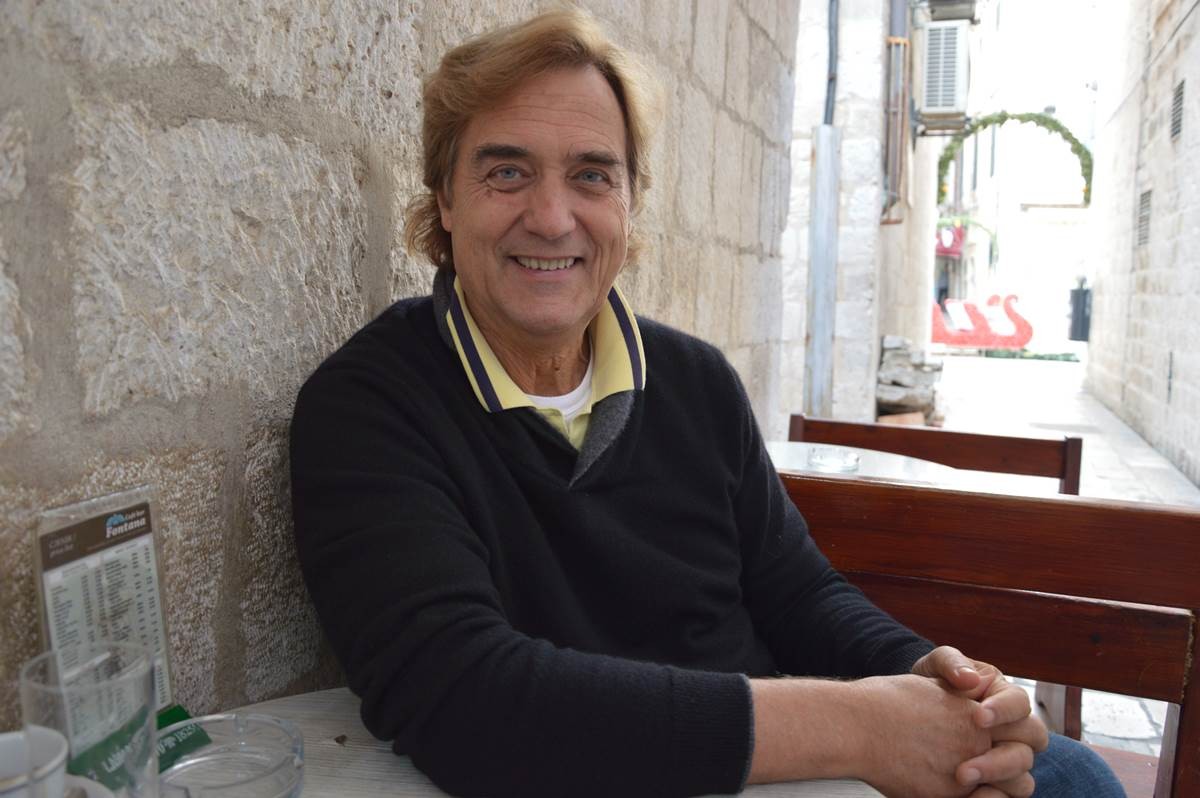 Later, two more important people answered – Mr. Srđan Gjivoje, famous Dubrovnik’s singer, who has been living in New Jersey for years and is a member of Dubrovnik Club in US, and Prof. Rebecca Charry Roje from Rochester Institute of Technology in Croatia, living in Dubrovnik for 15 years.

‘I’m not quite sure the immigrants without all the documents at the moment will be satisfied with this choice, and among them are some of my friends. A large number of Americans thinks that he’ll be a sort of ‘mad president’, although I think that when it comes to the throne, of all of this changes, and the House and the Senate rule more than the president himself’, Gjivoje thinks, adding that the interesting thing is that Trump himself, but he whole government are Republicans, which is different than in Obama’s case.

Professor Rebecca Charry Roje, former Washington Times journalist, an active participant in the media world, the author of numerous scientific papers and presentations, co-author of textbooks of English, editor and translator, is the perfect person to conclude the discussion about #elections2016. She wrote us this: 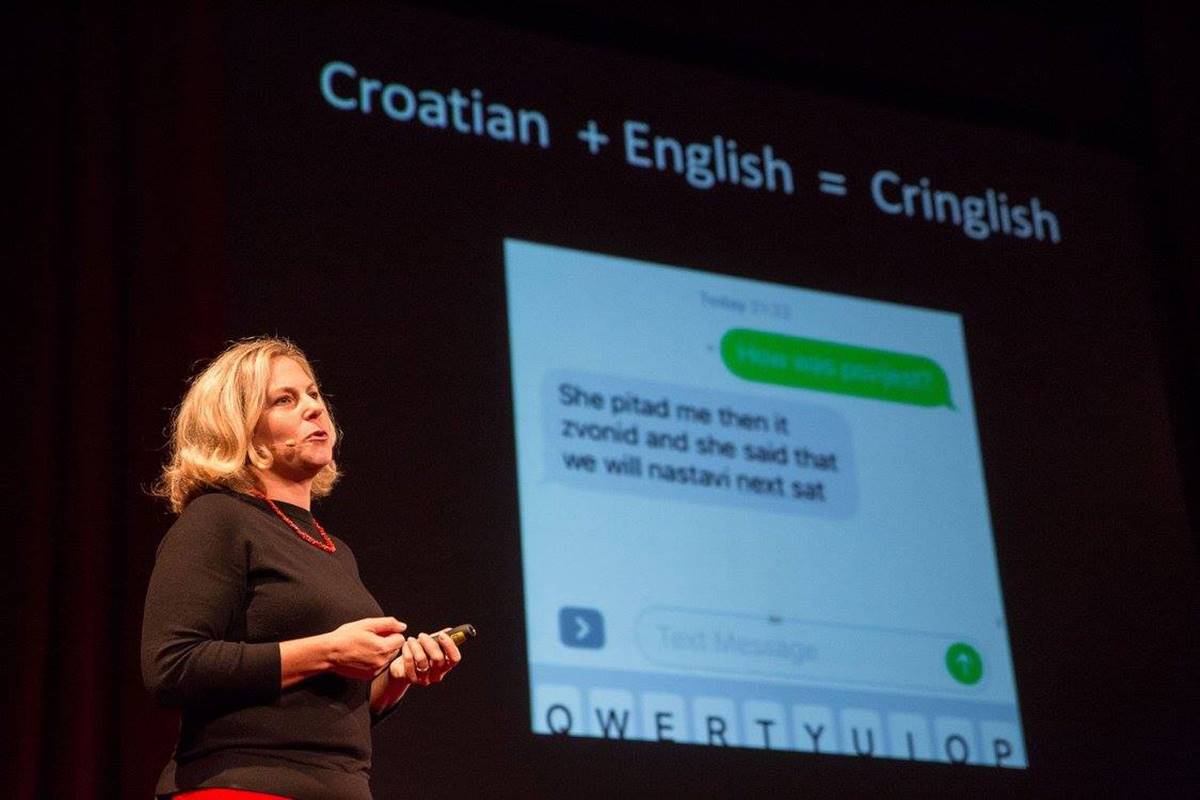 For me, and almost everyone I know in the US, the results of this election are shocking, disturbing, embarrassing and frightening. Many of us are truly worried about what the Trump presidency will bring to America and the world. Never before in our history has someone so uneducated in the basic facts of government, diplomacy, and world history been given a seat of such power. Never before has someone so vulgar, cruel and narcissistic been able to gather so many followers.

His victory means, for many of us, that we suddenly feel we no longer know millions of people with whom we share our country, and who voted for him. While it is difficult for us to understand these people, most of us share their sense of frustration that the current system of politics as we know it in America is clearly not functioning and needs to be changed. I think everyone agrees on that. However, the way he and his supporters would like to change it seems a complete contradiction to everything we believed America stood for. Millions of Americans really believe that our country should at least try to be a place of inclusion, of tolerance, of opportunity for all people, regardless of their origin. Even though we often fail to achieve this goal, we always believed we should try. Now we are shocked to find out that many of our fellow citizens, neighbors and even friends, have a totally different idea of what our country stands for.

Of course what happened yesterday is not unique to America. Extreme nationalism, xenophobia, and fascism are on the rise all over the world. People everywhere feel insecure and threatened, and it easy to understand why, in these moments of fear, it is tempting to seek comfort and refuge in dreaming of returning to some glorious past that never really existed, and hatred of all people who are different from yourself. This is what Trump represents. It is related to Brexit, it is related to Orban’s rise, and many others.

Trump was elected for the same reason Kerum was elected mayor of Split. People were frustrated with the status quo, and desperate to try any sort of alternative. Partly as an anarchist joke, partly out of desperation, the people of Split gave Kerum a try. I don’t think it really worked out for so well for Split, and the city moved on. Unfortunately, the President of the United States has a lot more power than the mayor of Split, and the effects of his actions will take generations to recover from, if ever.

One thing I would like to point out, for people who are not familiar with the details of how the American voting system works, is that while Trump won a clear victory in the electoral college (which counts electoral votes based on the population of each state), the overall popular vote was absolutely tied. Clinton received about 59,1 million votes, and Trump received 59,0 million votes. Over 150 million Americans chose not to vote at all. Trump does not represent the majority of America, just a very loud and very angry part.

This is a very dark moment for people like me who want our country to be a place of inclusion, tolerance and respect, but we will not give up. In the months and years ahead, we will have to find a way to talk and listen to our fellow citizens, and find a way together to make a country that we, and the world, can live with.