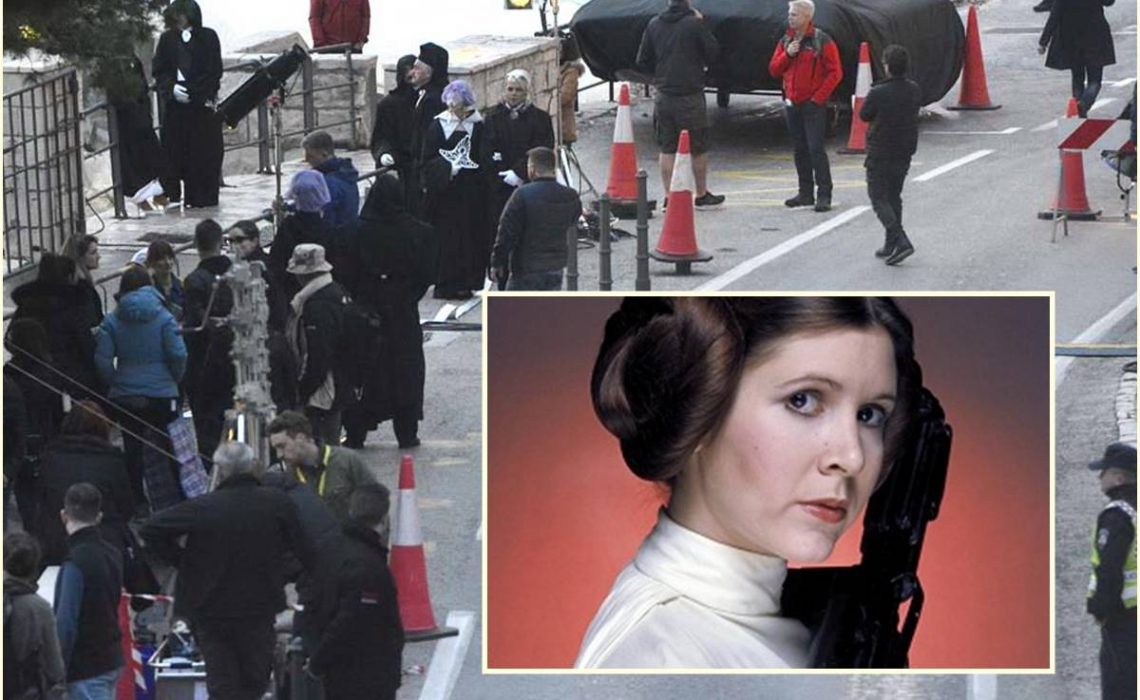 Remember the time when Star Wars was filmed in Dubrovnik? In February and March 2016, Episode VIII, ‘Space Bears’ began to film in our lovely town, and rumors started spreading throughout the Dubrovnik, Croatia, and whole world.

Of course, there was mentioning of some names too. From the director Rian Johnson, to some of the cast members – Daisy Ridley (Rey), John Boyega (Finn), Mark Hamill (Luke Skywalker), Domhnall Gleeson (General Hux), Oscar Isaac (Poe Dameron), Adam Driver (Kylo Ren) and Gwendoline Christie (Captain Phasma) and one and only, the superstar of the saga – Carrie Fisher or Princess Leia Organa, who we lost just a day ago 🙁

Amazing actress hasn’t been seen in Dubrovnik, but the rumors said that she was here during the funeral scenes above Banje Beach. What strengthened rumors was the post by Star Wars costume designer Michael Kaplan on Carrie Fisher’s Twitter in March 2016, just in time of Dubrovnik’s filming.

The mentioned scene of funeral was captured at the time by our photographer, and as the ‘Space Bears’, or the ‘Star Wars: Episode VIII’ comes out in May 2017, it might be the last chance for Princess Leia fans to see this amazing actress.