Part of the Tradition: Dubrovnik’s Trombunjeri, Musket-Bearing Guard of Honor 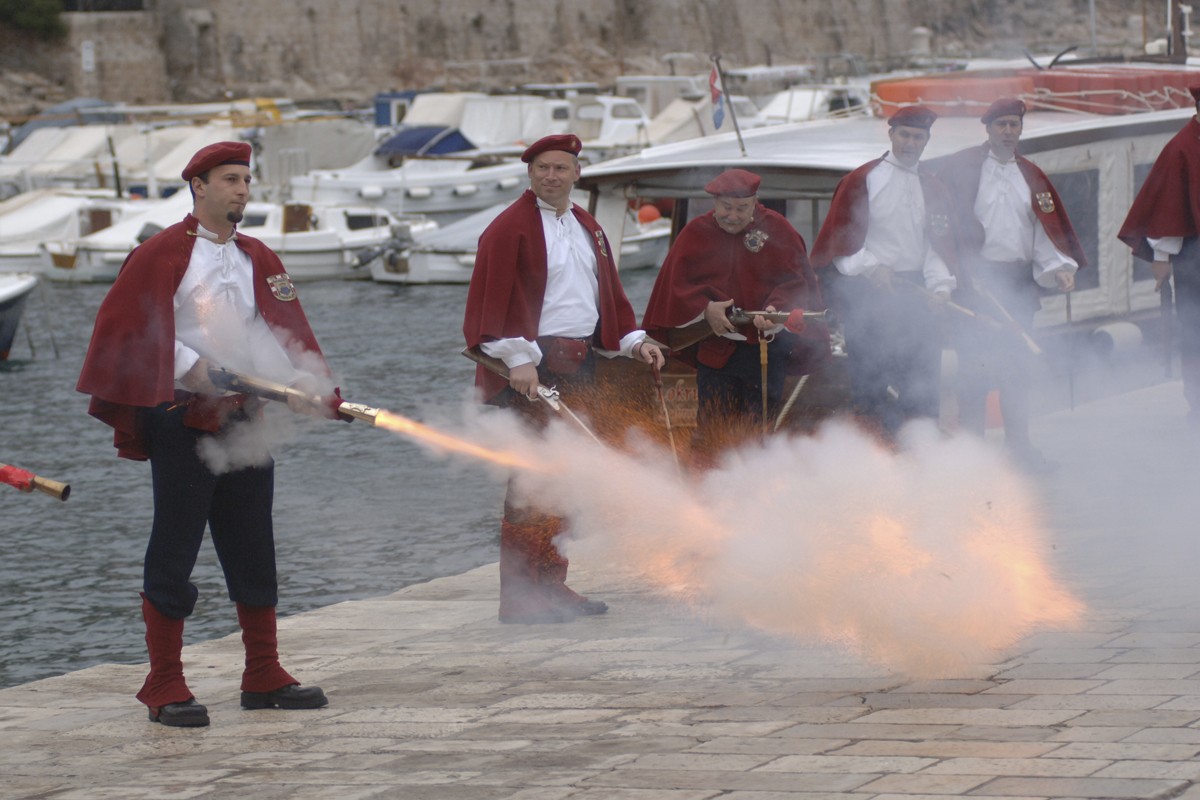 The Feast of Saint Blaise, our Patron’s day, wouldn’t be the same without trombunjeri, Dubrovnik’s musketeers, Musket-bearing Guard of Honor.

Wearing distinctive suits and carrying short, broad ‘guns’ on their shoulders – the trombunjer whose gunshot warns of a significant happening in the City of Dubrovnik, is an intrinsic part of the celebrations on February each year, especially St. Blaise Fest.

A large number of congregation members from Dubrovnik and its surroundings gather within the City walls and walk in a procession carrying the banners of their parish churches. They wear folk costumes of Primorje, Župa dubrovačka and Konavle, which have been kept for the occasion in the old family chests.

Early in the morning of St Blaises Day the Dubrovnik Musket-bearing Guard of Honour arrives at Brsalje and gun salutes before entering the City, ceremoniously announcing the day which is of major importance for Dubrovnik.
The musket-bearers never fire within the city walls. The room for this is reserved at Peskarija or Pile, where men were trained to shoot from guns and cannons at the time of the Dubrovnik Republic. 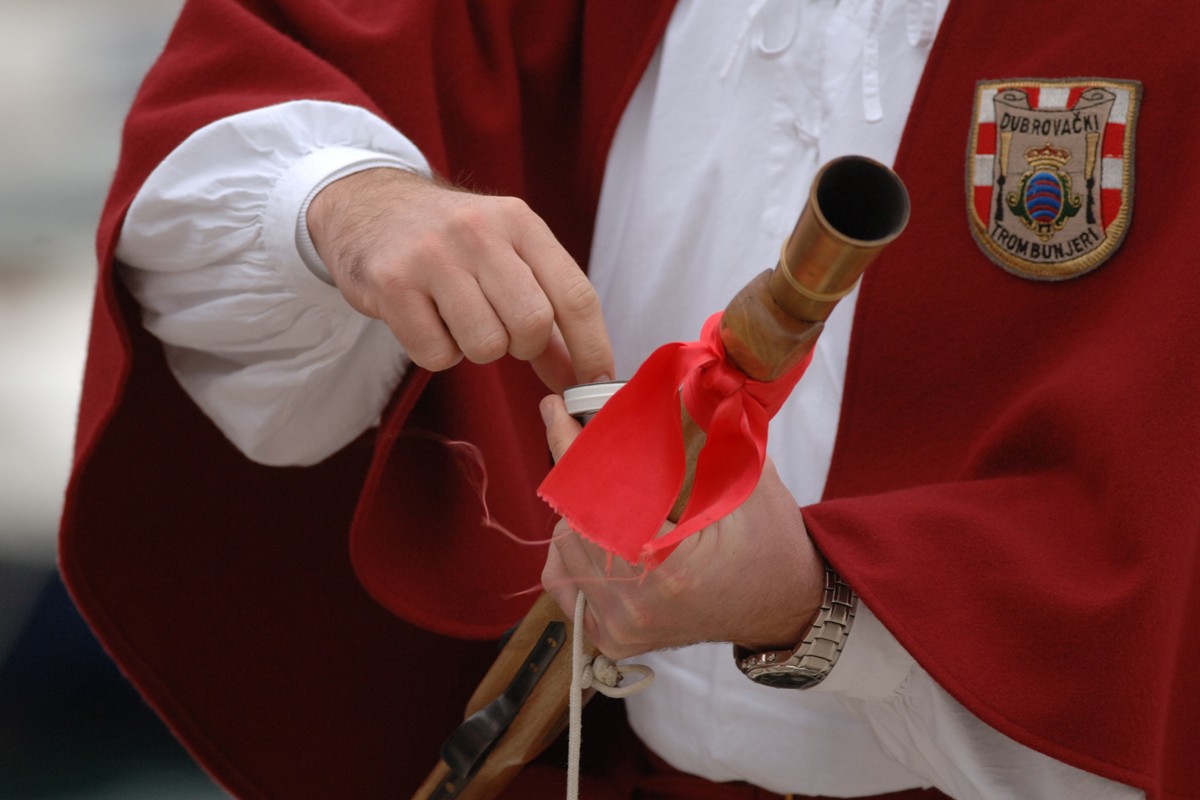 According to the records, the long and rich history of the musket-bearers goes back to the 16th century, when the Church of St Sebastian – adjacent to the Dominican Monastery situated at the eastern entrance to the City – was the seat of the grenadiers-cannoneers guild. The present day musket-bearers, however, claim 1417 to be the year of their foundation. 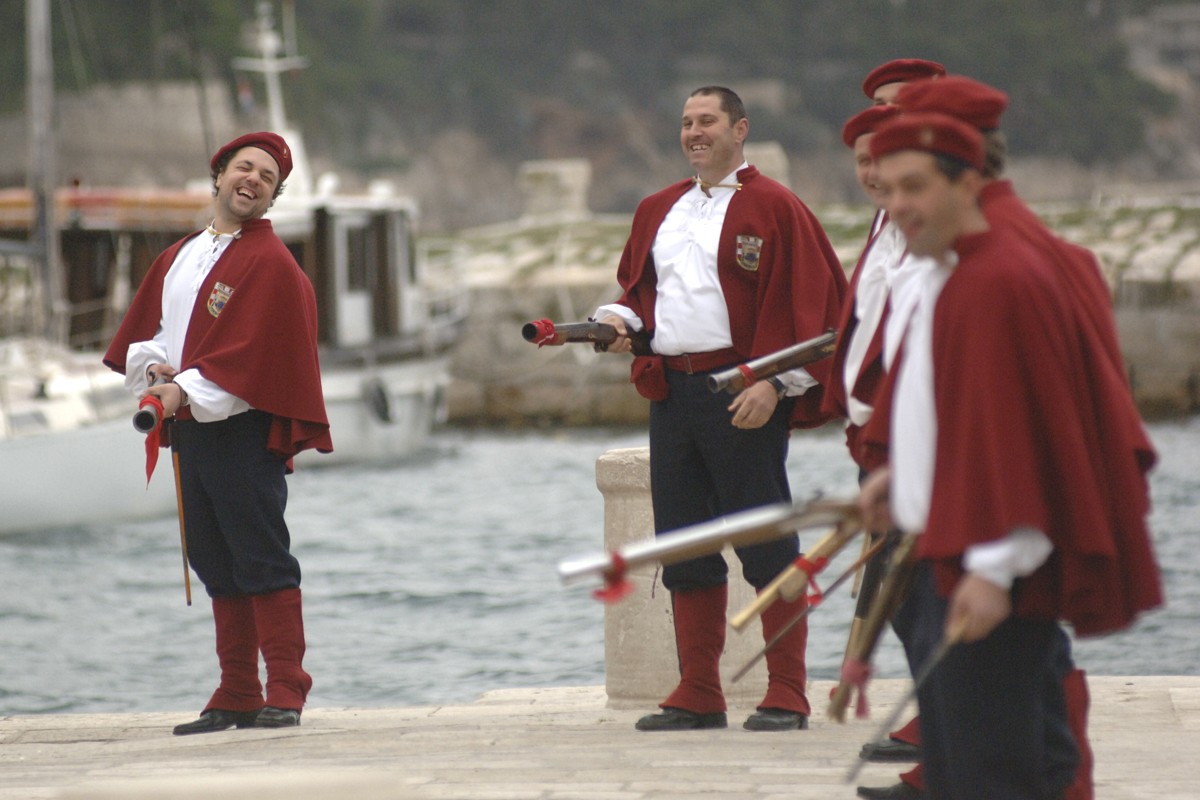 Their participation in the Festivity of St Blaise in 1992, when Dubrovnik was bleeding in the Croatian War of Independence, was particularly moving. Instead of the ceremonious gun saluting, the musket-bearers walked gracefully in the procession of peace with olive branches in the barrels of their muskets, celebrating St Blaises Day together with others who came to pay homage to the Dubrovnik patron saint.

The Festival of St Blaise actually reveals the most intrinsic tradition of the Dubrovnik Musket-bearing Guard with the precise schedule of gun salute firing, the only one which glorifies freedom and free spirit that have been traditional in this peaceful city, leaving the smell of gunpowder behind.

From this year, trombunjeri have their official web page, and you can learn everything about this lovely tradition here!