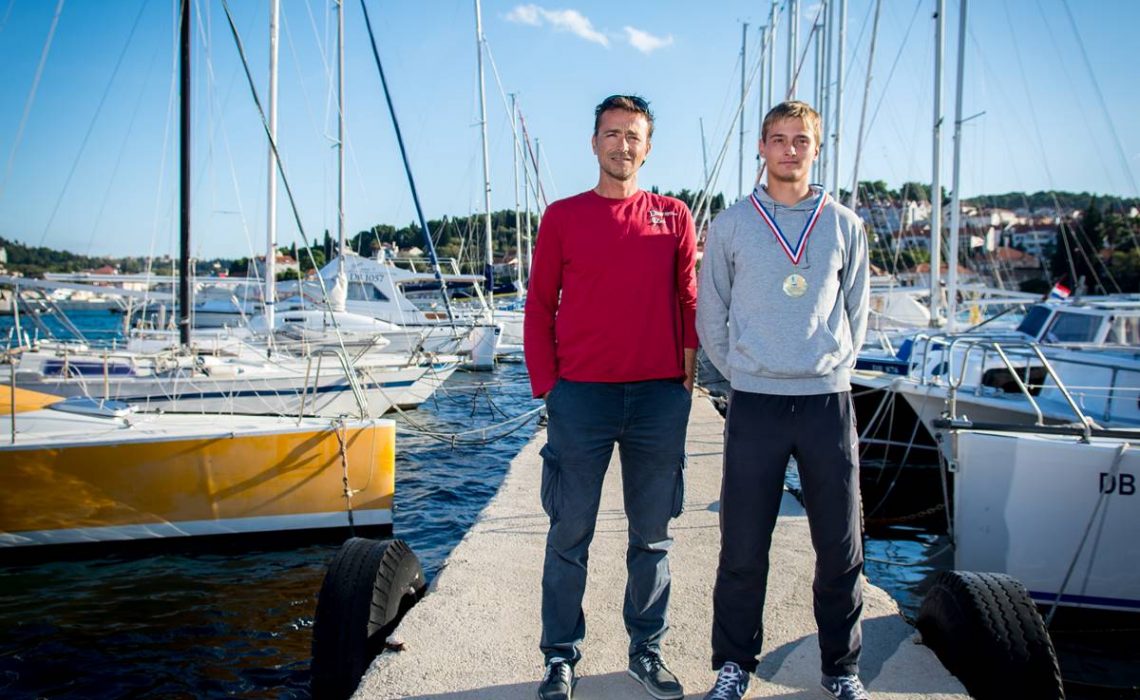 The hope of the Orsan Sailing Club and the national champion in sailing, Ryan Alec Cvinar, and his coach Marijan Pamuklić headed for a 2 thousand kilometers long trip to Nieuwpoort, Belgium, where the World Laser Championship for sailors up to 21 years old runs from 26 July to 2 August.

There will be 191 sailors from 44 countries, and Alec’s goal is to enter the gold group.

‘In conversation with Alec and Marian, as they prepared the ship and van for this long journey, we could feel the positive vibration that emanates from them. The training and preparations are done very well. We wish them a bit of those little sports’ luck. We are expecting them in Belgium and then they will have enough time to feel the local conditions on the racing field, carry out boat survey, registration and ‘practice race’, members of the Orsan Sailing Club stated.

Preparations for the World Cup were made at Lago di Garda, Zlarin, Šibenik’s regatta and in Dubrovnik.
‘We would like to mention and to laud the fitness coach Pero Konsuo, who made preparations with Alec in Dubrovnik, and Alec’s long-time coach Marijan Pamuklić is ‘guilty’ for the sea, sailing and departure on this competition’, they added.