First Production of The Glembays in Dubrovnik Summer Festival History 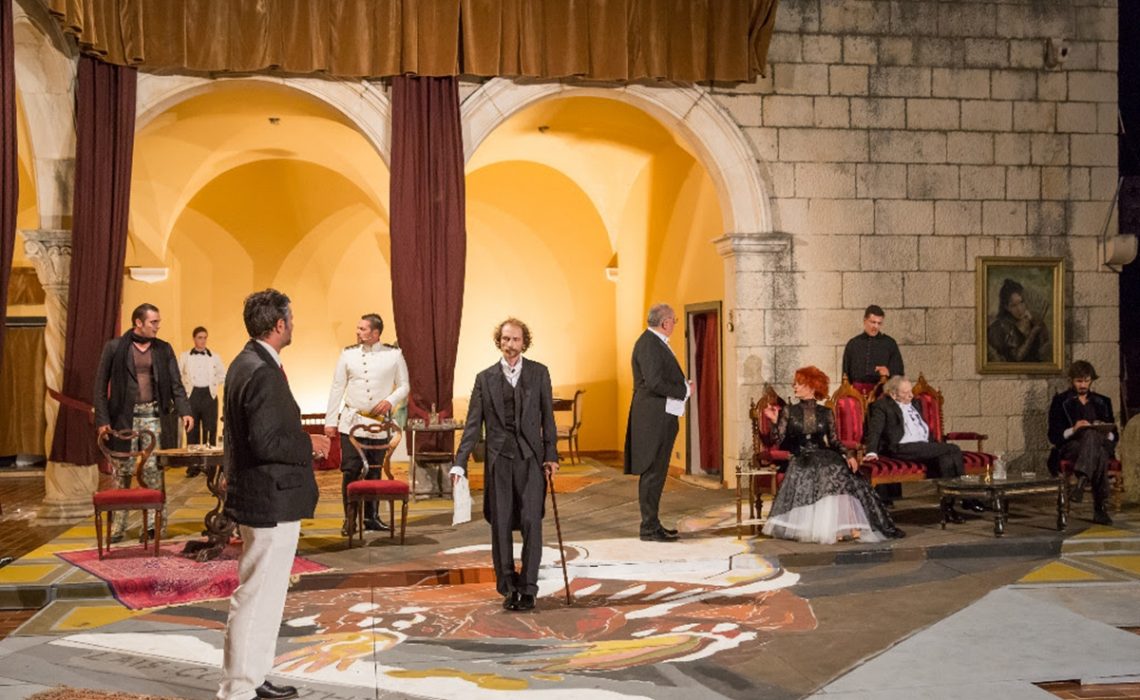 Miroslav Krleža’s The Glembays directed by Zlatko Sviben and performed by Festival Drama Ensemble is the first theatre premiere of this season. It’s the first time in the history of the Festival that this masterpiece – drama in three acts from the life of one Agremerian Patrician family – is part of the Festival programme.

The premiere will be held on August 6 and will be played each day until August 10, at 9.30 pm in the Museum of Modern Art Dubrovnik.

Miroslav Krleža was one of Croatia’s most distinguished 20th-century writers. His most famous play The Glembays was first staged in 1929 at the Croatian National Theatre, and his wife Bela Krleža made her professional debut in the role of Baroness Castelli. She later interpreted this role in different stagings until the mid-1960s.

In this production in the role of Baroness is Anja Šovagović Despot, alongside Predrag Ejdus as Ignjat Glembay, and Mijo Jurišić as Leone. The play is staged in beautiful ambiance of the Modern Art Museum – villa from the beginning of the 20th century.