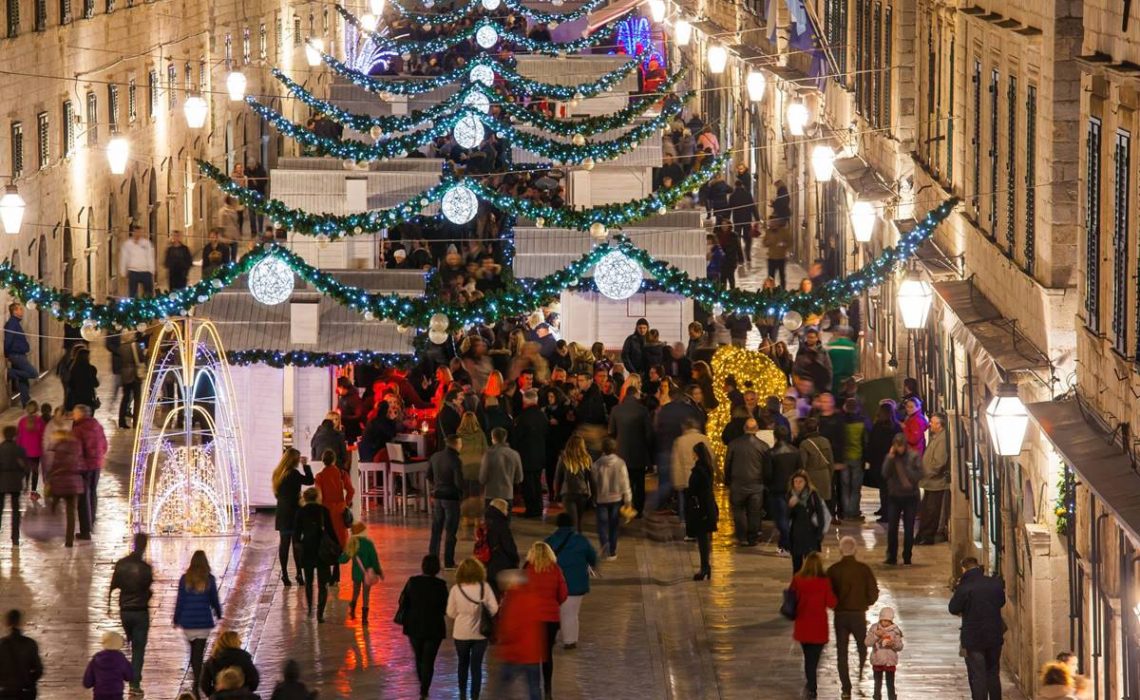 The concept, programme and new events within this year’s Dubrovnik Winter Festival, as well as the New Year’s Eve Party 2018 programme, have been presented by Mato Franković, Mayor of Dubrovnik, Jelka Tepšić, Deputy Mayor, and Ivana Medo Bogdanović, Dubrovnik Summer Festival Executive Director, at the Press Conference held at the Festival Palace.

The Dubrovnik Winter Festival is a project by the City of Dubrovnik, Dubrovnik’s public cultural institutions, the Dubrovnik Tourist Board and Dubrovnik’s public companies, featuring a variety of cultural and entertaining events during Advent and the period preceding New Year’s Eve party, which will be organised in multiple locations in the Old City and other parts of Dubrovnik. Taking place on Saturday, 2 December 2017, the 4th Dubrovnik Winter Festival Opening Ceremony will include the 1st Advent candle lighting and a long-expected concert of Gibonni in front of St Blaise’s Church. The extensive music programme, which will be shown in the Stradun from the festival’s beginning to Christmas, will feature Jacques Houdek, Massimo, Pavel and Marko Tolja.

A concert of the popular group the Frajle is scheduled for 30 December, while guests and residents of Dubrovnik will be entertained by Dino Merlin, the Pravila Igre and the Songkillers during New Year’s Eve Party. Following its longstanding tradition, the Dubrovnik Symphony Orchestra will appear in the 1st January concert in the Stradun at noon.

In collaboration with the Valamar Lacroma Hotel, the Dubrovnik Symphony Orchestra will also appear in a special Christmas Concert on 22 December, featuring the Dubrovnik klapa ensembles Ragusa, Subrenum and Kaše which celebrate major anniversaries this year, and the soloists Marija Kuhar Šoša, Stijepo Gleđ Markos and Đani Stipaničev. 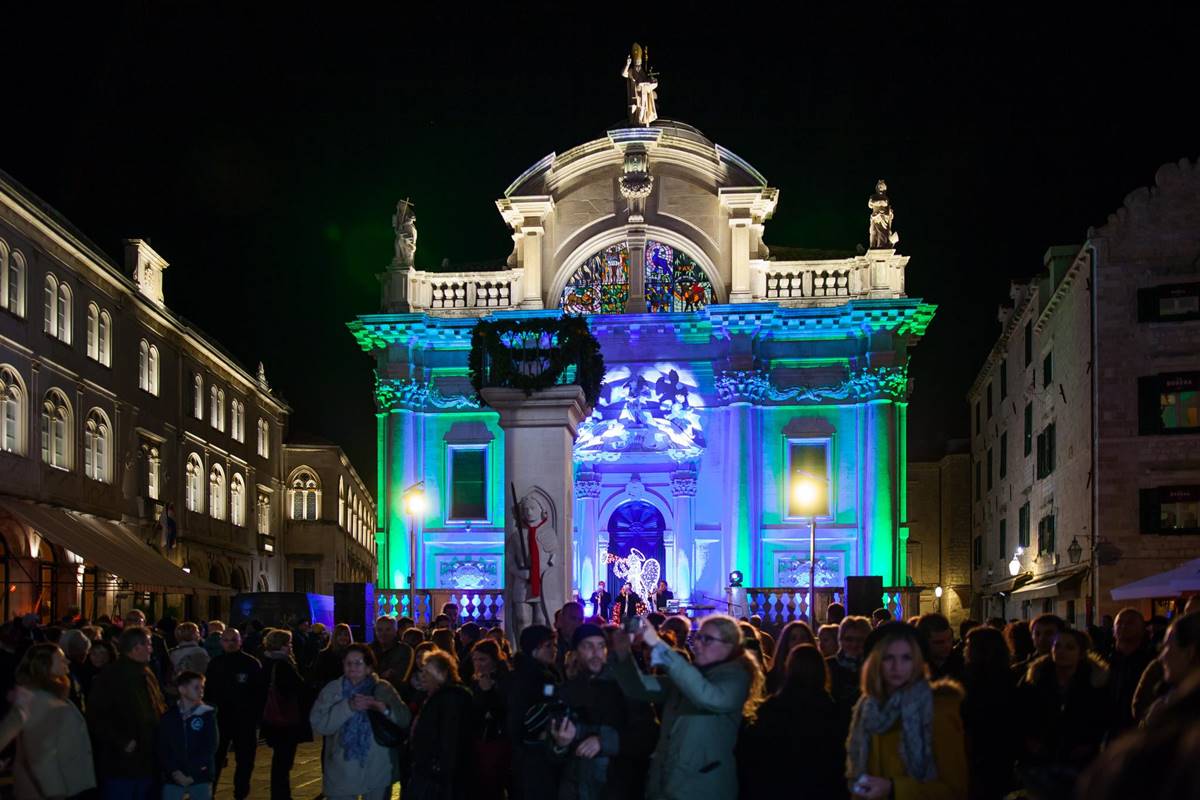 In addition to its extensive entertaining and music events, the festival consists of numerous cultural programmes organised by the City of Dubrovnik’s cultural institutions, and attractive workshops for participants of all ages organised by Dubrovnik’s institutions and associations. In collaboration with educational institutions, the Dubrovnik Museum of Natural Science will hold creative workshops for making Christmas trees and decorations from natural materials, organise guided tours of the museum, and present its coloring book with Christmas motifs. The Dubrovnik Libraries will organise, among other events, a clay modelling workshop entitled Holiday Bells and Lights for children and grown-ups at the City Public Library. Within its programme entitled The Story of Crèches, the Dubrovnik Association of Technical Culture will organise crèche making workshops for children. In collaboration with the Dubrovnik Bishopric, an application will be created enabling visitors to see crèches in Dubrovnik’s churches and open air venues. The Dubrovnik Museum of Modern Art will stage an extensive international exhibition of photographs by Ahmet Ertug on 14 December. One of the most distinguished contemporary photographers, Ahmet Ertug, will present photographs of his interior design cycle of the world famous buildings such as Milan’s La Scala and the Paris Opera. The exhibition will include Ertug’s three photographs of the most famous buildings in Dubrovnik. For the first time, the Dubrovnik Museum of Modern Art will organise a Christmas party and present a Christmas tree by the contemporary Croatian artist Marijana Vukić. 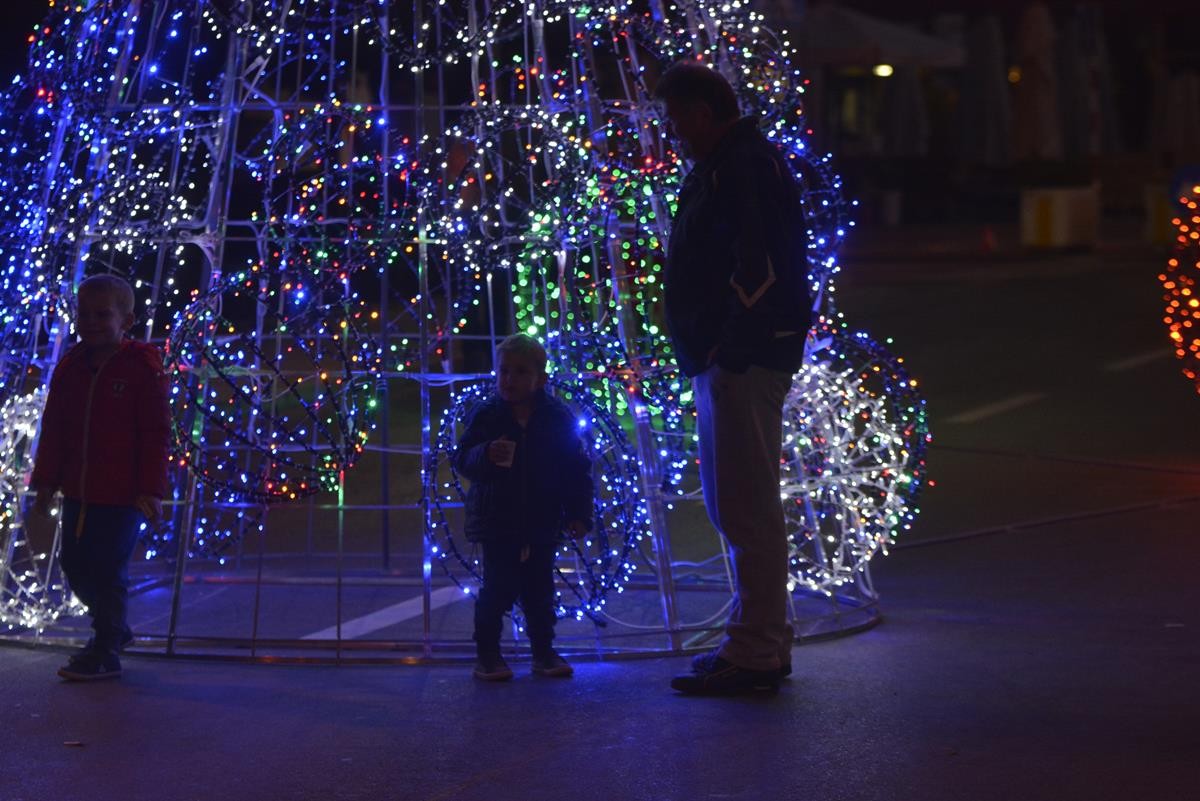 The new programme project Christmas Tree Mapping includes the decorating of Christmas trees placed in different locations, which can be visited using a special application, and artists are invited to take part in creative workshops.
The festival programme includes the Dubrovnik traditional custom of Christmas Carol Singing by numerous klapa ensembles in the streets of the City.

Saturday mornings will be reserved for the shows of Linđo Folklore Ensemble and guided city tours organised by the Dubrovnik Tourist Board, which will also throw its humanitarian Cake Party in the Stradun, for ten years in a row. Visitors will be entertained by a DJ, the Lazareti Dance Studio and the Step and Jazz Dance studio, and served a large variety of gateaux and cakes, in front of St Blaise’s Church, on 9 December. Scheduled for 16 December, the Christmas Tale will become a reality, offering children plenty of merriment, singing, dancing and fun.
For its youngest visitors, the Dubrovnik Winter Festival will create holiday atmosphere in the Bay of Lapad as well, organising numerous events such as the little holiday train, ice skating rink and its most recent programme Ice and Chocolate.

Another novelty aimed at entertaining our youngest fellow townsmen and offering new programmes is Teddy Bear Park at Pile which will shine in its dreamlike holiday attire, while Dijana Sinanović and Zrinka Japunčić will coordinate special programmes on behalf of the Lazareti Dance Studio and Le Petit Festival du Theatre. Lujo Šoletić Park in Gruž will also be decorated for this festive occasion, and equipped with two food and beverage kiosks.
The programme Gundulić’s Winter Dream will take place in Gundulić Square equipped with additional kiosks and decorations, offering events that will be more numerous than last year. 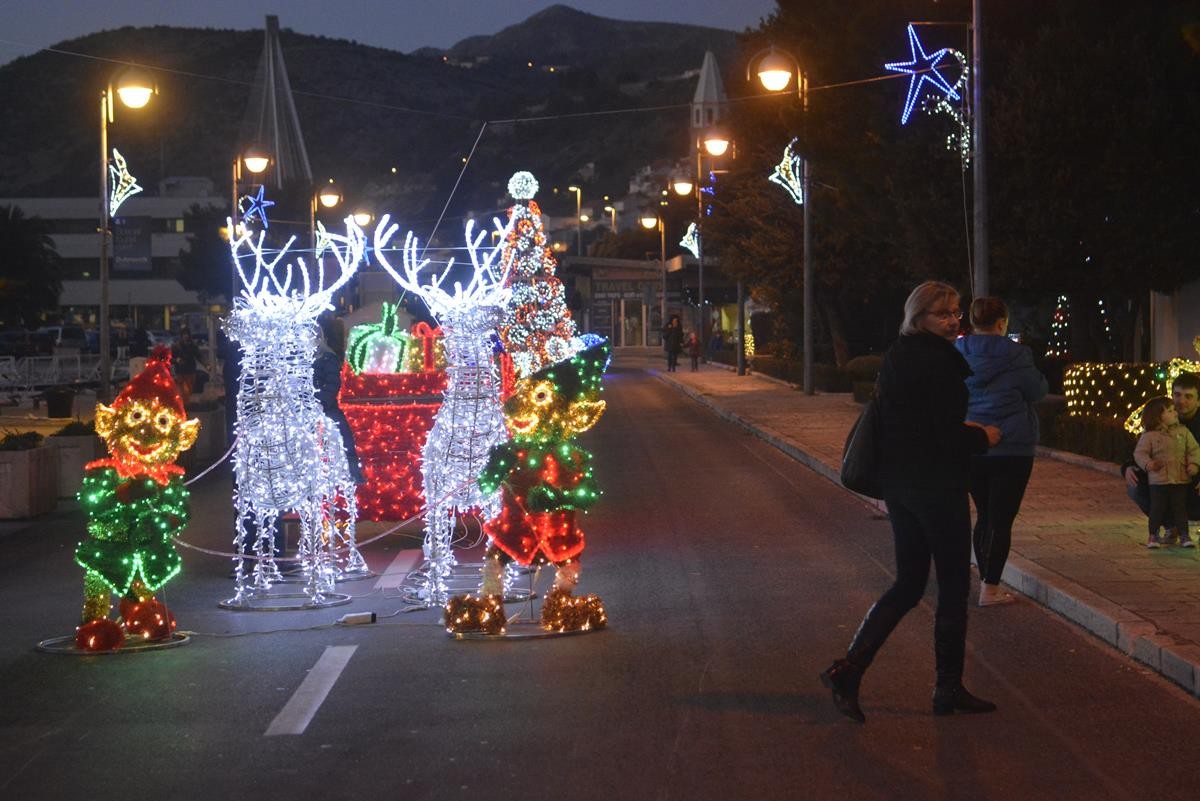 Advent Sunday Afternoons in Mokošica will feature a variety of programmes at the sports playground next to the Kiss Coffee Bar, which will be decorated and equipped for the occasion. In collaboration with local associations, a variety of activities, entertaining events and music programmes for all generations will be organised. Several kiosks will be placed in the same venue if there is sufficient interest.

In view of the fact that previous Dubrovnik Winter Festivals were met with a huge response, the prerequisite of which was free public traffic, the Libertas Dubrovnik Company will provide free transport on the lines operating to the Old City and Bay of Lapad during the afternoon and evenings throughout the course of the festival.
The Dubrovnik Winter Festival’s Main Information Centre will be located at Luža, where the visitors could also buy occasional souvenirs.