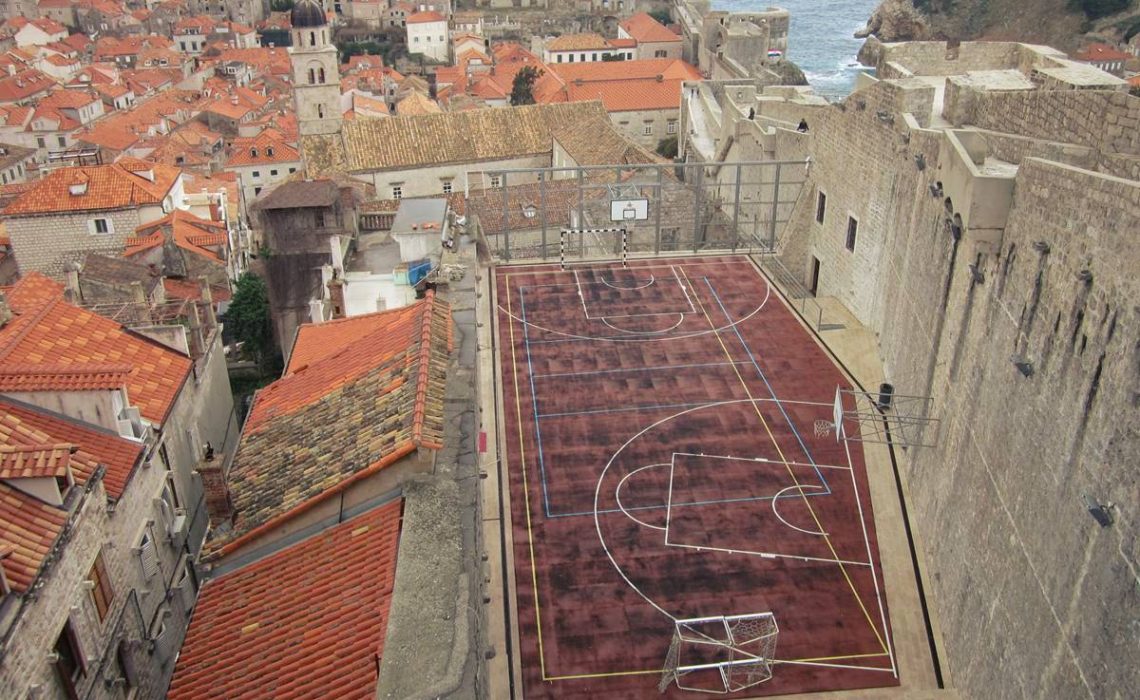 ‘For those who are lucky enough to play basketball within City Wall Rooftop Court in Dubrovnik, Croatia, the experience will likely stay with them for a lifetime. Not only is the court set within the old, terra-cotta roofs of the city, but the views of the Adriatic Sea are something out of a fairy tale in Croatia’, Architectual Digest wrote about one of Dubrovnik’s most interesring modern places – our basketball court inside the City walls.

AD made an interesting list of the 10 best designed basketball courts in the world, saying:

Basketball courts do not need to be spectacular in design to accomplish their purpose. In fact, they require only to be ninety-four feet by fifty feet while containing two hoops on the far side of each other. But that hasn’t stopped people the world over from designing some beautiful basketball courts. Whether they are built along a floating boat, like the one near Siem Reap, Cambodia, or painted in bold colors, as they are in Paris’s 9th arrondissement, these courts will even attract those who don’t love the sport. Now that you know about these spots, you really have no excuse to burn off those extra calories while traveling the world and tasting the local cuisines.

First on the list is the one in St. Louis, Missouri, second one the one in Munich, Germany, ande here is the complete list of these fab places!