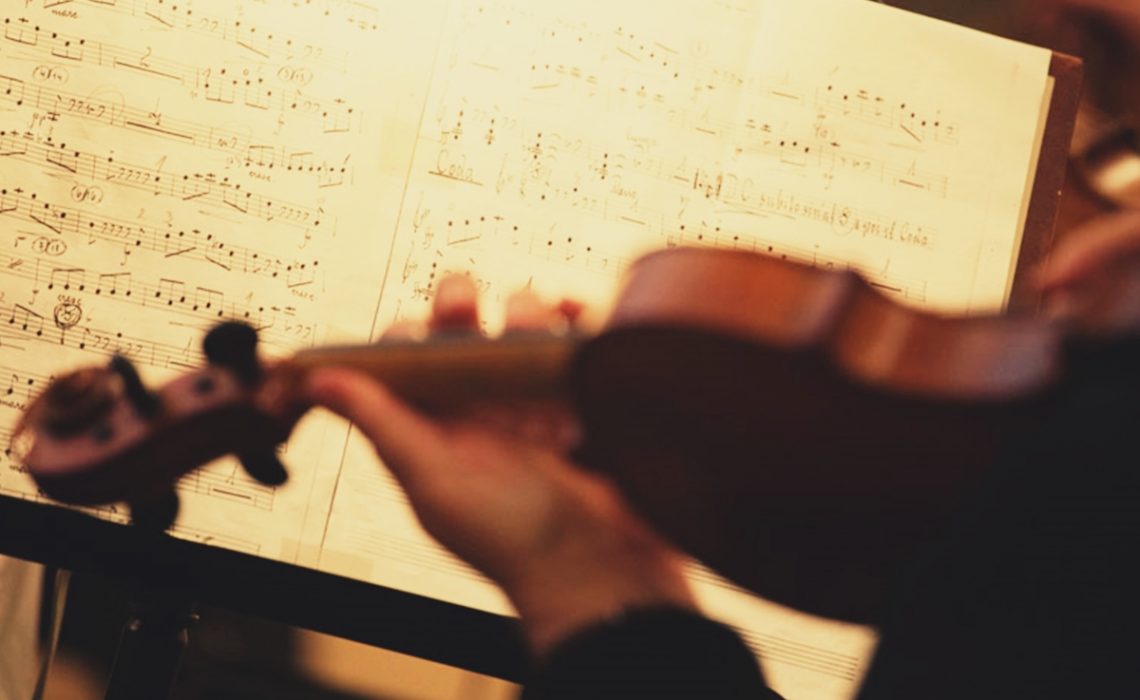 The ARDEA project, implemented by the Centre for Education and Culture of the Academy from Capljina (BiH), realized in partnership with the NGO The Rest is Music (HR) and the Gallus Foundation (SLO), supported by the European Union Creative Europe Fund, is intended for young talented musicians and developing of their audience.

The first cycle of the project activities was carried out within the international classical music seminar, which brought together about fifty young musicians from around the world in Čapljina (BiH), as well as four renowned musicians and professors from Germany, Russia and Croatia who gave successful concerts in August 2017 . In order to enable the most talented young musicians with all four music academies from BiH, participation in the seminar, regardless of their financial situation, was provided with 8 full scholarships awarded to students from Sarajevo, East Sarajevo, Banja Luka and Mostar. The Rest is Music organization, together with eight scholarship holders, held a workshop and performance of a musical-scene collage in front of numerous audiences.

The continuation of the project activities will take place in March 2018 with a concert tour of the trio ARDEA: Ana Dolžan (violin), Selma Hrenovica (cello) and Zerina Šabotić (piano). These three young musicians, who formed their chamber ensemble during the international classical music seminar, will perform the works of Boris Papandopulo, L. van Beethoven, B. Smetana and H. Wieniawski. The concert tour will include performances in all three partner countries, including Zagreb, Mostar, Čapljina, Dubrovnik, Ljubljana and Škofja Loka, which are as well the cities from which these talented young musicians come.

Since one of the goals of the ARDEA project is focused on the development of tolerance among the young people of different ethnic and national groups, on Saturday, March 17, at 11.00 am will be organized a performance of the musical-scenic patchwork for the Youth in the Art School Luka Sorkočević.

Throughout Europe and the world, there are numerous programs that enable students to flourish in some way and to get to know and share different ideas. By interlinking young musicians, new ideas and deeper understanding of music and art are being developed. For several centuries Bosnia and Herzegovina have lived together different nations, faiths and races. And Europe is also today facing the challenges of differences and divisions within society, as well as radicalism and conservatism. Ardea’s working model and its direct positive influence on society can be an example of how music and culture can integrate the differences that exist in society and how to connect people of different religions, races, nations and attitudes.

The musical-scenic patchwork, adaptable to the goals and methodology of the ARDEA project, in an interactive and innovative way in front of the audience (in this case targeted young groups), outlines the events from the life of the composers whose works are performed, emphasizing cosmopolitanism in terms of music that does not know the ethical, nor the language barriers. The collage also seeks to show that classical music does not lose its value or quality in time, and how classical music can attain a contemporary scene excerpt. Young musicians, who are on their professional journey ahead of many challenges, share their experiences and music podium with professional artists from the organization The Rest is Music.

The program in Dubrovnik will continue on the same day, March 17, with the concert of the Trio ARDEA at the City Library, starting at 8pm. The entrance is free. All the project activities in Croatia are realized by The Rest is Music NGO, in cooperation with Matica hrvatska in Zagreb, Youth Association Maro and Baro, Luka Sorkočević Art School and the Dubrovnik Library, supported by the European Union Creative Europe, the Ministry of Culture of the Republic of Croatia and the City of Dubrovnik .