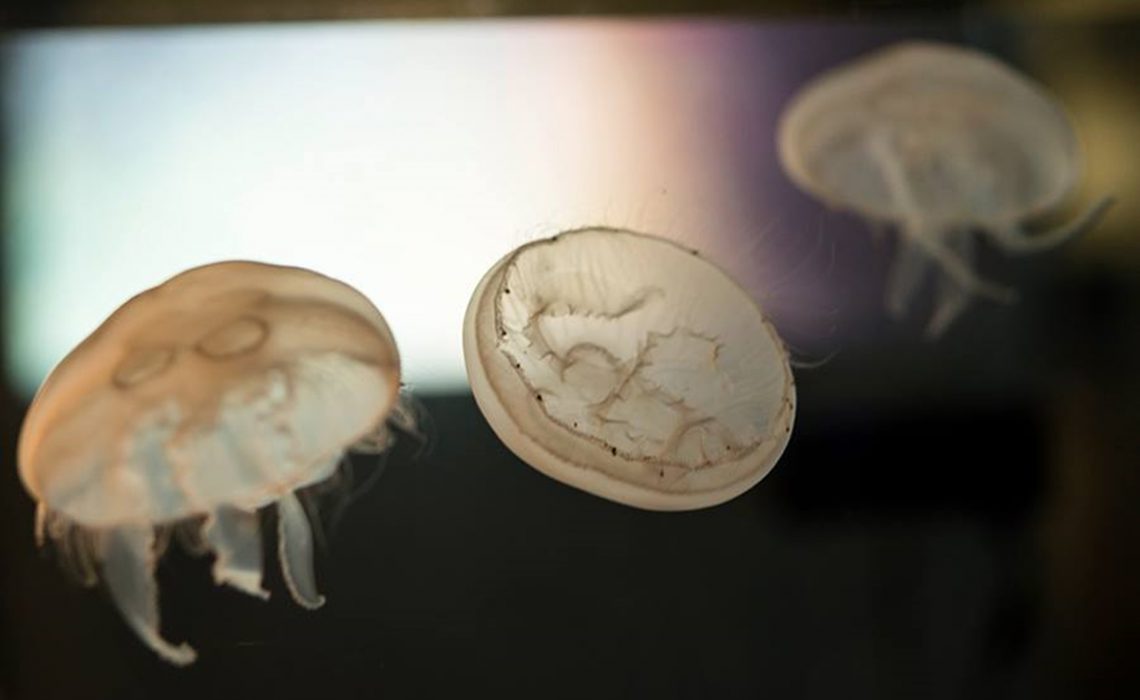 Oceans. Imagining a Tidalectic Worldview presents 17 artists whose works cast oceanic perspectives on the cultural, political, and biological dimensions of the oceans, some examining the effects of human-made issues such as climate change and sea-level rise, and others reimagining human and ‘more-than-human’ relationships.

Organized by TBA21-Academy and the Museum of Modern Art Dubrovnik, and presented in two parts, Oceans will be launched at the Museum of Modern Art in Dubrovnik on July 4, 2018. The second part will be inaugurated at the newly restored Franciscan Monastery on the island of Lopud on July 6, 2018. The symposium Return to the Sea spans across the opening of Oceans in its two locations to inaugurate the exhibition by focusing on the important issues facing the oceans today and on the policies that could bring about change as seen through the lens of art.

…like the movement of the ocean she’s walking on, coming from one continent/continuum, touching another, and then receding (“reading”) from the island(s) into the perhaps creative chaos of the(ir) future… —Kamau Brathwaite

Coined by the Barbadian poet-historian Kamau Brathwaite, the term tidalectics describes a worldview that draws on “the movement of the water backwards and forwards as a kind of cyclic motion, rather than linear.” In this spirit the exhibition suggests a different way of engaging with the oceans and the world we inhabit. Unbound by land-based modes of thinking and living, it is reflective of the rhythmic fluidity of water and the incessant swelling and receding of the tides. Curated by Stefanie Hessler, Oceans is comprised of nine new commissions, many the result of the Academy’s expeditions in the Pacific Ocean, alongside some exceptional pieces from the TBA21 collection.