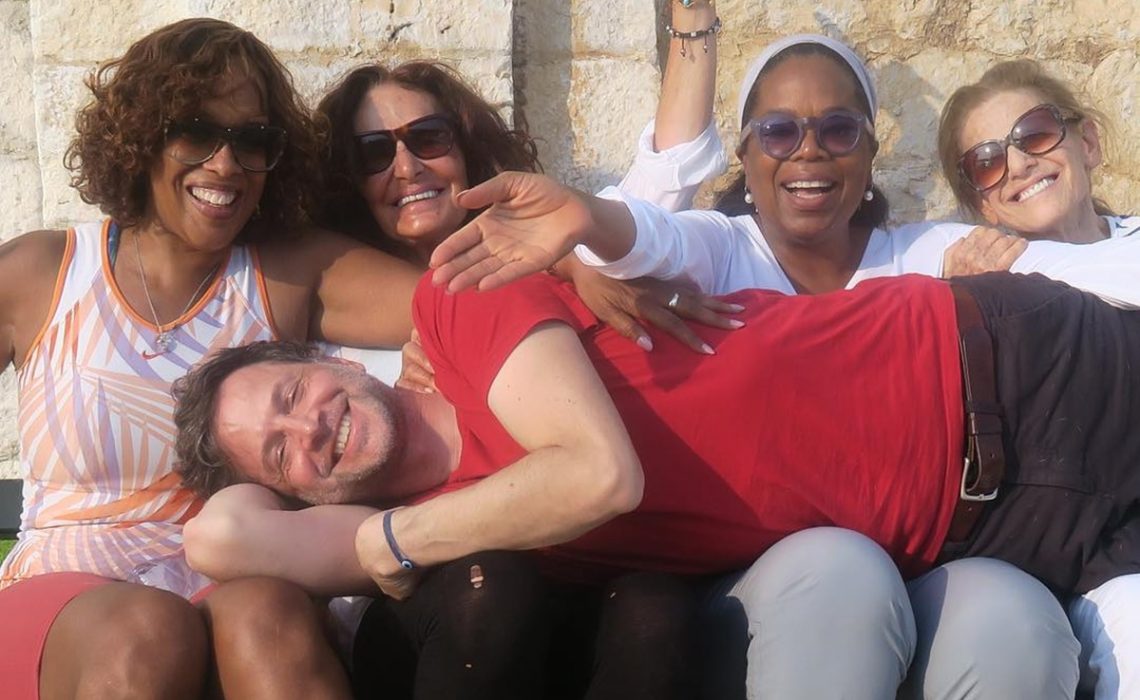 Famous media star strolled all around the Old Town yesterday with her friends, later enjoying the mini cruise from the Old Port.