Never Forget: The Siege of Dubrovnik 27 Years Ago 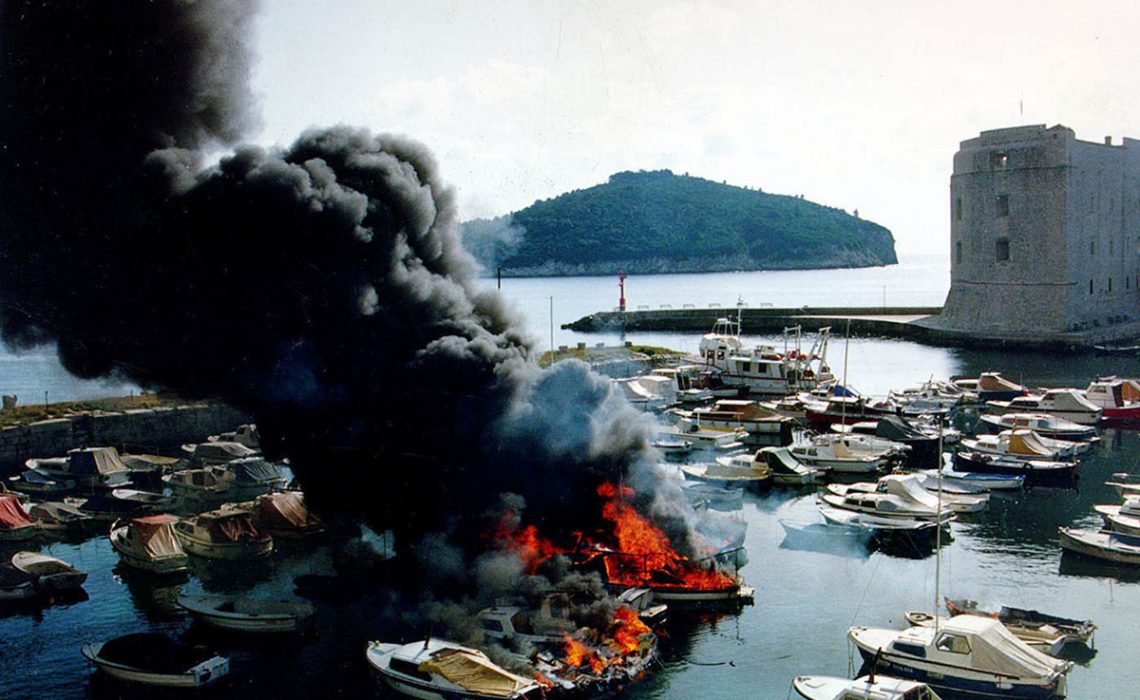 October 1st marks the anniversary of the first attack on Dubrovnik in 1991 as part of the Serbian-Montenegrin aggression on Dubrovnik 27 years ago. It was one of those horror days uring the Homeland War which our town, luckily, survived. But not without wounds…

The then Yugoslav National Army (JNA) led by Serbian and Montenegrin recruits began bombarding the city at 6am on the morning of the 1st of October 1991. With an army of 11,000 to 13,000 troops together with air support and 11 tanks, the JNA set about trying to occupy the south of Croatia. Thanks to 750 armed volunteers from mostly the Dubrovnik area, the Serbian-Montenegrin forces suffered losses on the first day of their aggression.

The Konavle area to the south of Dubrovnik was entered on October 5th by JNA forces along with Slano to the north of the city. By the end of October their troops had reached the outskirts of the City, which was by that point without water, electricity and regular food supplies and home to around 50,000 people. The brave defenders of Dubrovnik successfully prevented the JNA’s troops from entering the City.

November and December of 1991 marked the most difficult months in Dubrovnik’s centuries long history. During the aggression on the City 184 defenders, 92 civilians were killed and more than 1,500 injured. Many cultural monuments were damaged as well as commercial and residential buildings, leaving 7,771 families without homes.

9 am: Boninovo Cemetery: Wreath-Laying
10 am: The Church of the Little Brothers/Franciscan Monastery: Elementary School programme
12 am: Wreath-Laying with Prayers on Srđ
6 pm: Lowering the Wreaths in the Sea for the ones we lost in Homeland War / Tirena boat, from Gruž port
7 pm: Holy Mass in the Church of the Little Brothers fro the ones we lost in the Homeland War