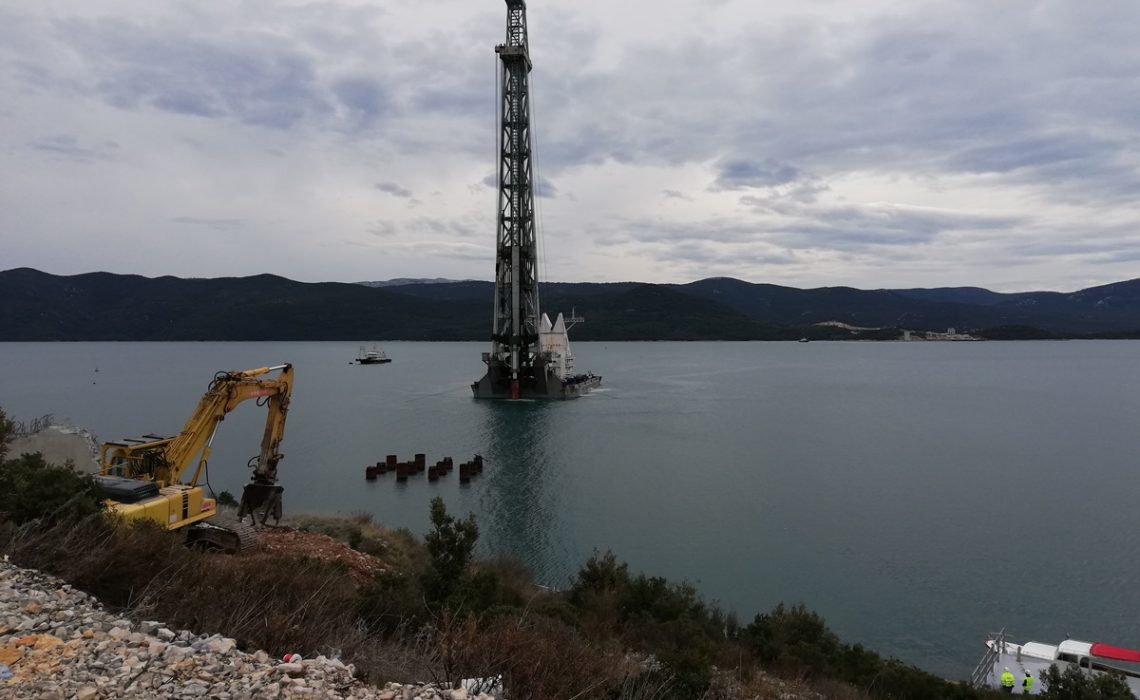 The year 2018 was marked with a new step for one of the most significant projects in Croatian history – building a Pelješac Bridge, at this time the most important project of our country. 250-meter Chinese submarine Zhen Hua 7 arrived on the site, in Komarna, during the last days of 2018. The ship provided two test piles of which the first one was installed this Thursday in the base of the bridge. Just above Duboka on Pelješac settlements for workers have already been built, DuList reports. 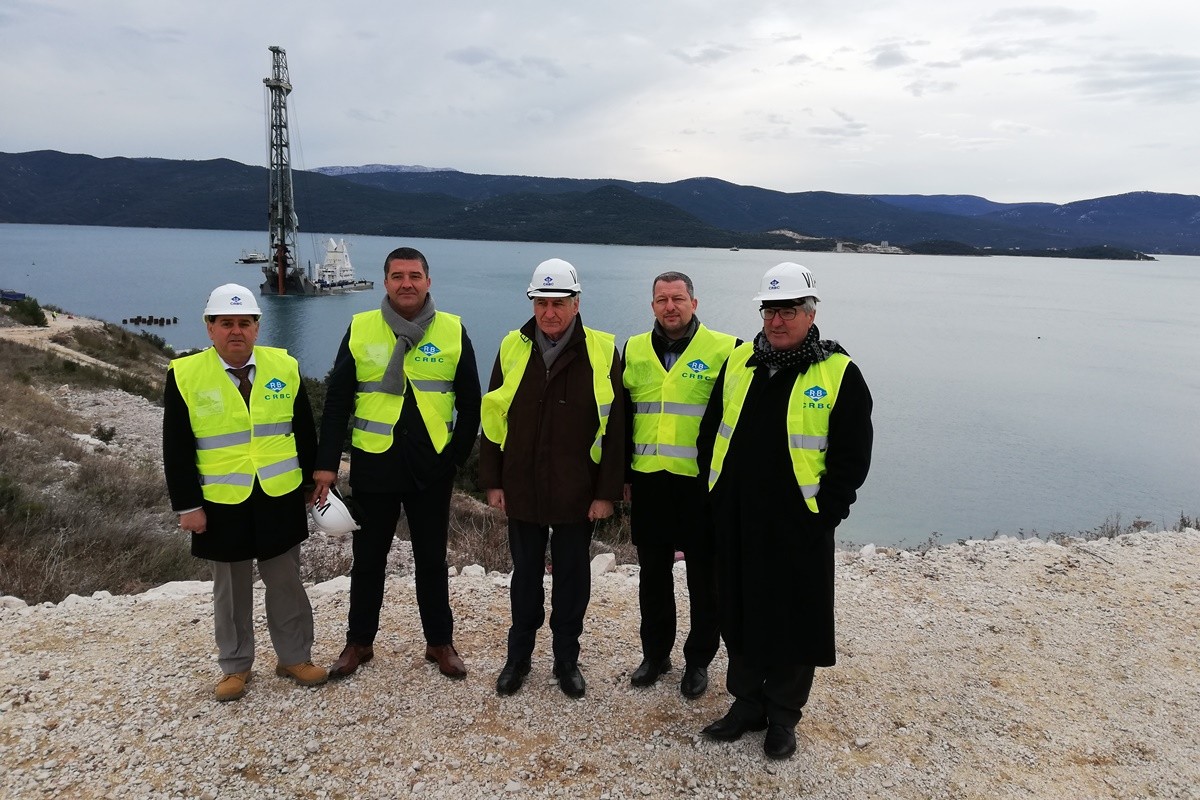 The first test pile foundation was set up this Thursday in the underwater on the Pelješac bridge site. It is 76 meters long and is considered the very beginning of underwater works on this great infrastructure project. In just a few days, another, 126-meter long second pile foundation will be set at the so-called position No.7, all for the purpose of determining weather this technology achieves the project’s required quality and ensures the required workload dynamics.

Building a Pelješac Bridge is the most important project at this moment and is done by China Road and Bridge Corporation, a subsidiary of China’s China Communications Construction Company. Their primary activity includes the construction of highways, bridges, ports, tunnels, drainage systems and other civilian buildings. The total value of the company is $ 665,483,000.

Their largest construction projects include the Donghai, Hangzhou Bay, Shanghai Yangtze River and Jintang Bridges. In the region they have already built a bridge between Zemun and Borče in Serbia and performing works on the section of the Bar – Boljari highway in Montenegro. 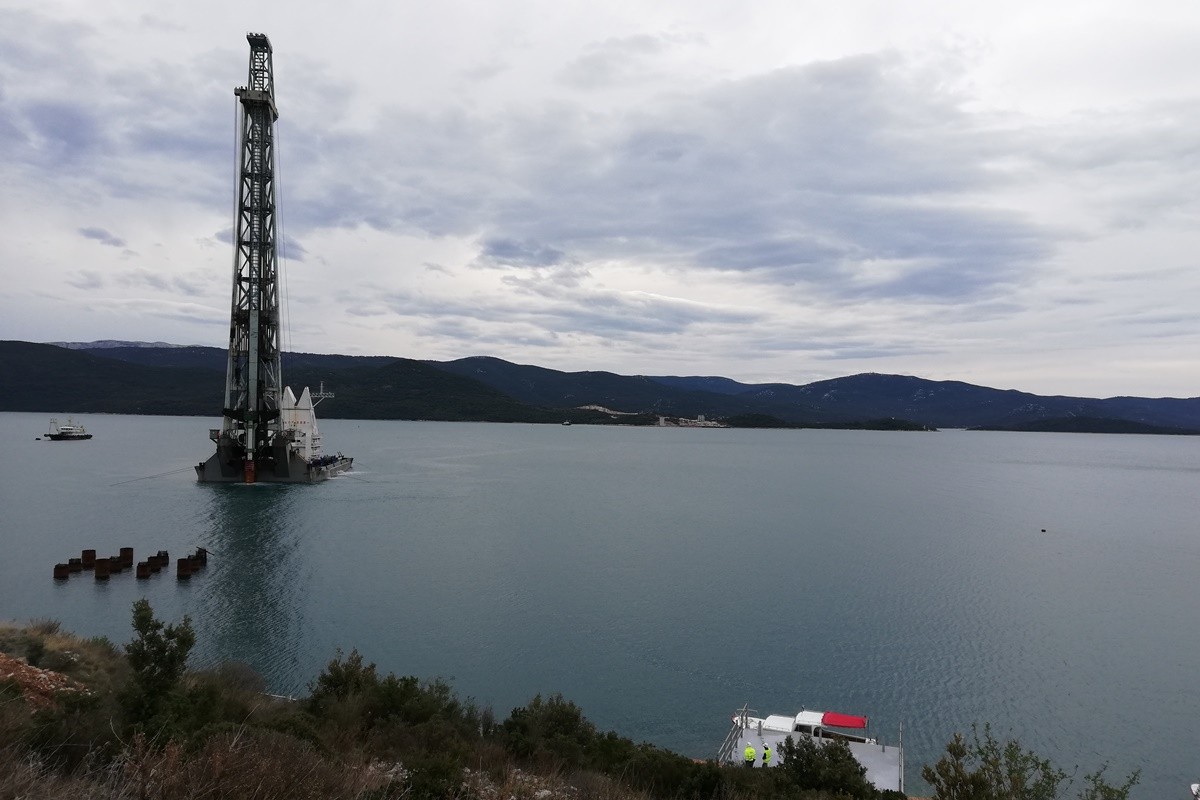 Construction experts argue that the biggest ‘mystery’ of the project Pelješac Bridge might be the composition of underwater under the bridge, which will be checked by drilling. 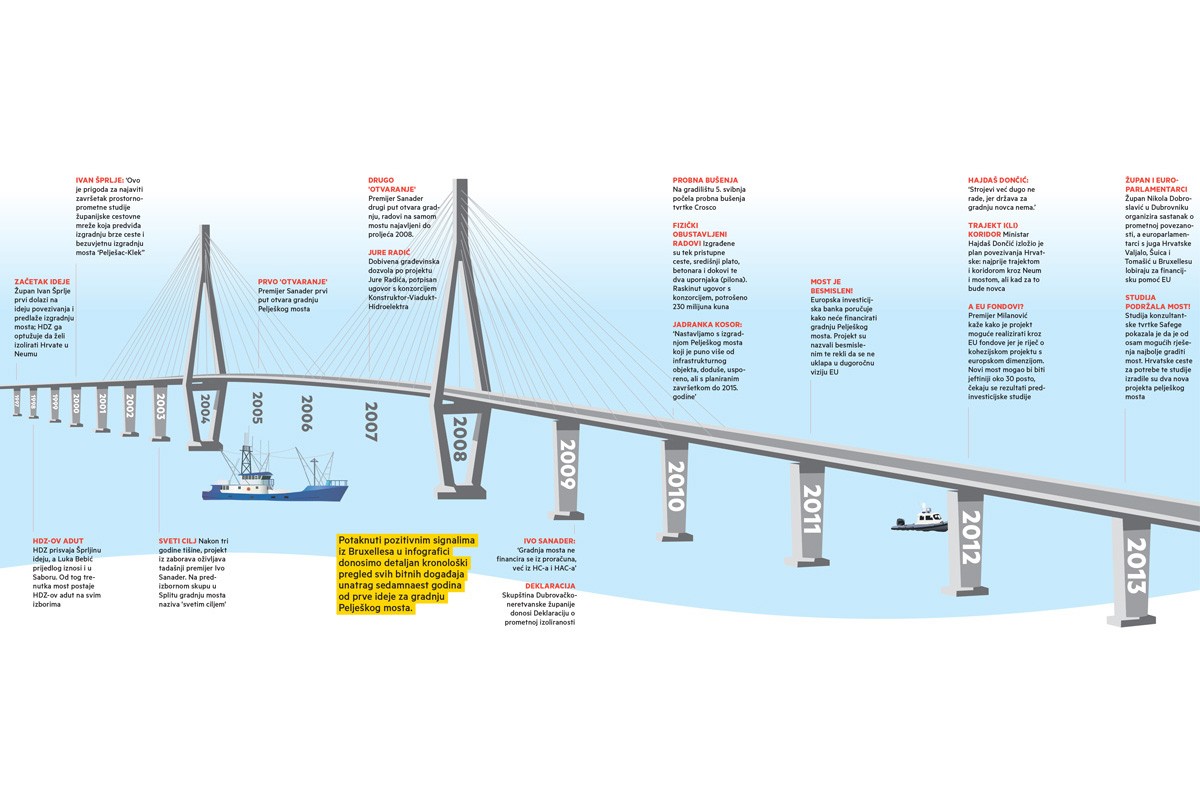 Infographics of the construction of the Pelješac Bridge (note: in Croatian)

History of this project dates back to 2007 and its purpose is to achieve territorial continuity of the Republic of Croatia; namely, by connecting the southern exclave comprising the bulk of Dubrovnik-Neretva County with the remainder of the Croatian mainland.

The bridge achieves this by spanning the Pelješac Channel between Komarna on the mainland and the peninsula of Pelješac, thereby passing entirely through Croatian territory and circumventing any border crossings with neighbouring Bosnia and Herzegovina at Neum.

Amid political controversies at home and with Bosnia-Herzegovina, as well as financial difficulties following the 2008 global financial crisis, construction was halted in 2012. On 30 July 2018 construction re-commenced, and is set to be completed by the end of 2022, Wiki reports. Find more about the history here. 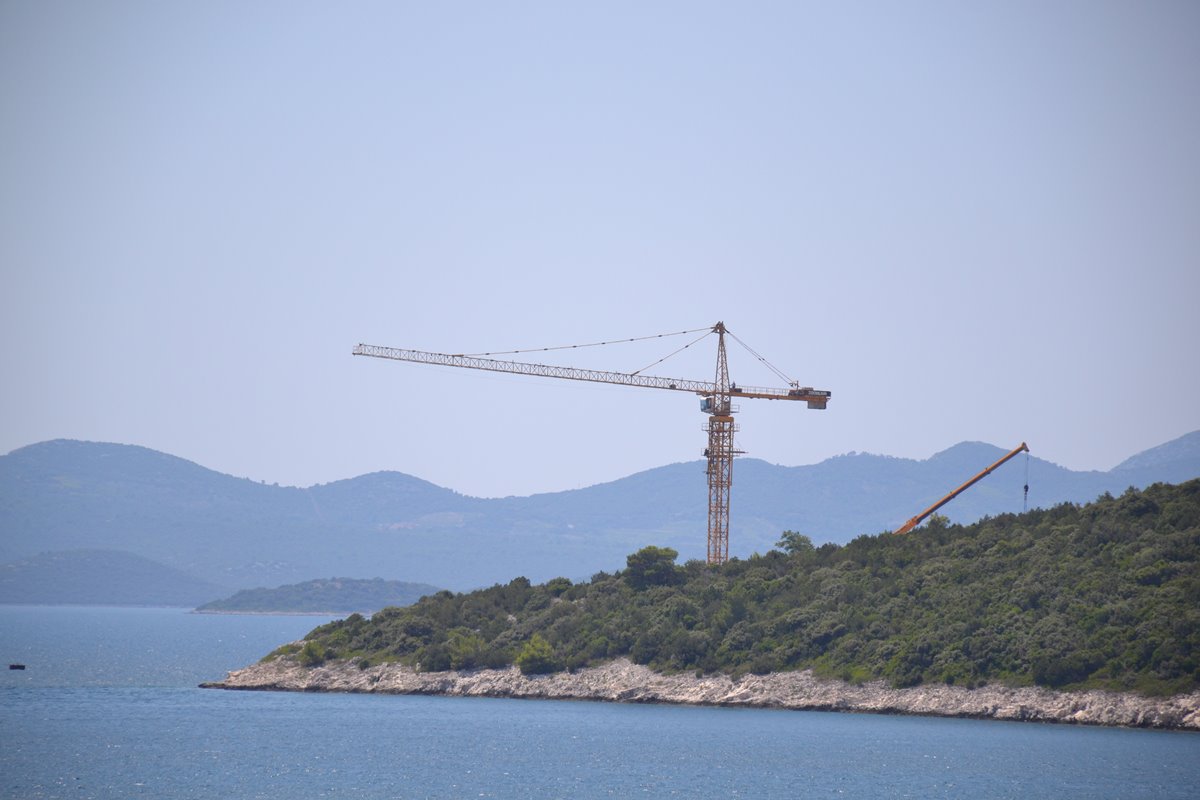