Be a Part of Revelin’s Worldwide Known DU EL Festival 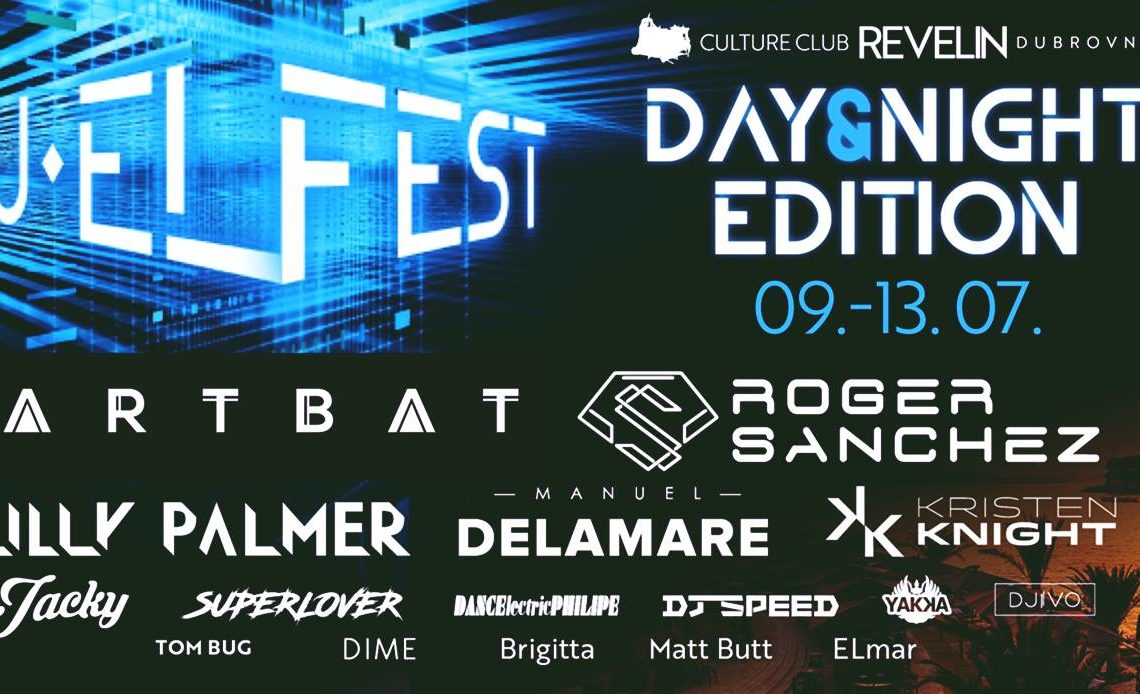 Culture Club Revelin from Dubrovnik, one of the top 100 best clubs in the world, is once again organizing the DU EL festival, which will last until July 13th. Every necessary information can be found on the official site of the festival, and here we bring you a short info about the performers…

ARTBAT is DJ duo consisted of Artur & Batish from Ukraine. They are currently among the most successful Ukrainian electronic artists and enjoy global recognition. ARTBAT found their way to the top of the charts and they are currently the best-selling artists in the Beatport Melodic House & Techno Charts worldwide.

DJ YAKKA is Croatian DJ of the year 2018 by Ambasador Music Awards. He is recognizable as one of the best house producer in region.

DANCEletricPhilipe is resident DJ at Culture Club Revelin. He has cooperated with almost all of the superstar DJs.

Headliner of the second night is the hottest girl in the world of clubbing – Lilly Palmer. Lilly is a German Dj and producer. She is specialized in deephouse, techhouse and techno music. Some of her best songs are: „Master“, „Dusty“, „Resolute“ and „Before Acid“.

Tom Bug is one of the best Croatian Dj and producer. He is on the stage for almost 20 years.

DJIVO is resident DJ at Culture Club Revelin and producer of Future, Bass, Deep and House music. He has started working as DJ in the age of only 13 years old.

Roger Sanchez is a Dominican-American house music DJ, remixer and producer. He won a Grammy Award for his remix od „Hella Good“ by No Doubt in 2003. His best song is „Another Chance“. Until now he has published five studio albums.

Kristen Knight is American DJ and producer. She has played at world class venues all over the world. Currently she has residency in Wynwood, Miami. Very often she is performing with her boyfriend, DJ Roger Sanchez.

DJ Speed is very popular Croatian remixer and producer. He is on stage since 2000. Currently, he is a resident DJ at Culture Club Reivelin.