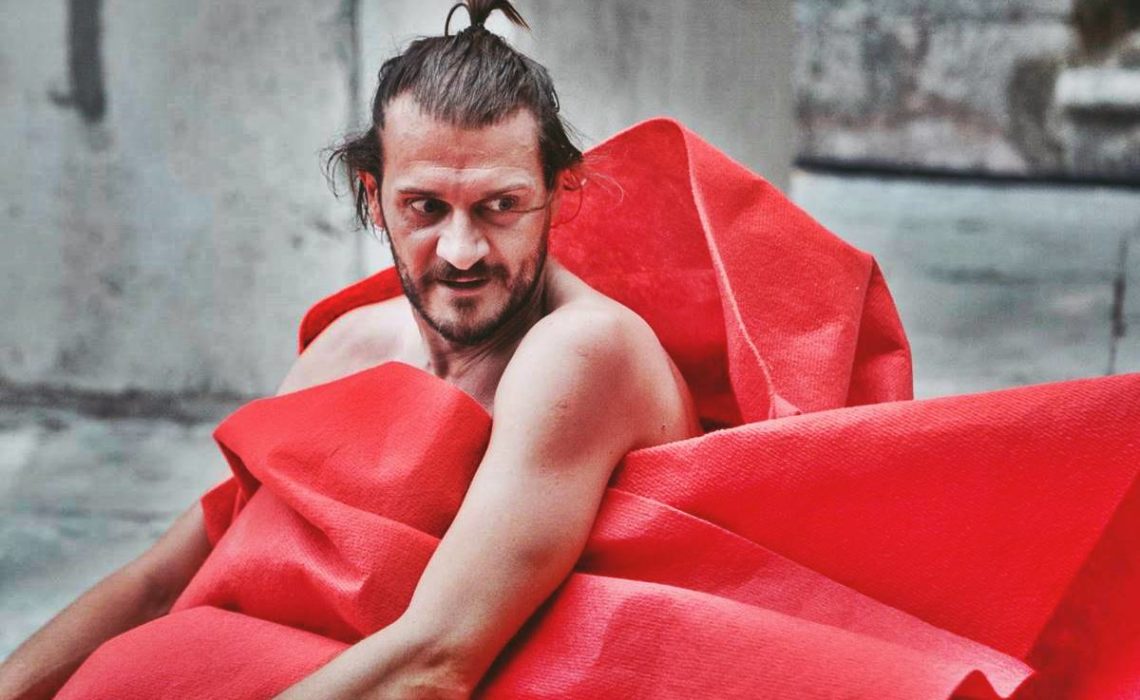 Shakespeare’s Hamlet directed by Paolo Magelli and performed on the Lovrjenac fort by the Festival ensemble will premiere on Saturday, 27 July, as was announced on today’s press conference held in the Festival palace. Artistic Director of the Festival Dora Ruždjak Podolski, her Assistant Artistic Director for drama Saša Božić, along with the play’s director Paolo Magelli, dramaturge Željka Udovičić Pleština and Hamlet himself, Frano Mašković, and
other cast members. The sponsor of the production is HEP (Hrvatska elektroprivreda), the national energy company.

Hamlet returns to Lovrjenac after almost ten years when it last appeared on the Festival stage and it is a City Myth illustrative of this years’ Festival tag-line, a myth both physical and metaphysical. This year Lovrjenac will see its thirteenth Hamlet, which was first put on there in 1952, at the third-ever Dubrovnik Summer Festival season, then directed by Marko Fotez and Hamlet played by Veljko Maričić. Many productions of Hamlet followed over the decades, with legendary directors and actors both – Lovrjenac became Elsinore for, among others, the directors Denis Carrey, Dino Radojević, Toby Robertson, Mladen Škiljan, Jiří Menzel, Christopher Fettes, Richard Eyre, Joško Juvančić and Ivica Kunčević, while the actors playing the tragic Danish prince include Rade Šerbedžija, Derek
Jacobi, Lazar Ristovski, Daniel Day-Lewis and Goran Višnjić.

Paolo Magelli made his directing debut at the 1974 Festival – its silver jubilee – with Mandragola in the park of the Luka Sorkočević Art School. Some of his best work was soon to follow with the Phoenetian Women, Držić’s Uncle Maroye and Grižula, and countless others. Now, 45 years later, he returns with on the Festival’s 70th anniversary to direct his Shakespearean grail, no less than on the breath-taking Lovrjenac.

“I have rejected doing Hamlet 12 times until now, until the opportunity to do it on Lovrjenac, and I thought to myself that this is the perfect moment to, together with my actors, speak about what that Hamlet really is. He is a man who has it all, who can change his nation but who chooses personal revenge thus enabling a foreign tyrant to seize power. It seems to me that he parallels perfectly the current European intellectual who gives up the state and the nation, choosing petty revenge or silence, and that silence itself is a kind of revenge on society. Even not being critical and discerning enough is, for an intellectual, a cardinal sin,” said director Paolo Magelli.

“Our Hamlet is no longer young nor naïve, he is has no enthusiasm, no idle youthful spirit. He is a man with an attitude in a time of spiritual crisis, and Lovrjenac is a metaphor for our current times – the walls that enslave our minds and a place of corruption, an environment hopelessly compromised by its orientation towards pretence, double-crossing and Machiavellian politics. There is no place in such a world where everything is subservient to personal interest. Hamlet tries to defend himself from the cruel deceits and ephemeral usurpers with words but reasoning has no place there either. And that is why misunderstandings are perpetual and which arise, first and foremost, from not knowing oneself in the context of time and place wherein one has found themselves. He finds a way out in madness which becomes a meaningful source of action because it guarantees a temporary freedom of spirit. Hamlet has to mask himself behind madness so he could attempt to survive and overcome the circumstances, avoid drowning in the absolute dominion of mediocrity,” points out dramaturge Željka Udovičić Pleština.

The cast, led by first actor form Dubrovnik to play Hamlet – Frano Mašković – affirmed that they have never seen or performed such a Hamlet. The adaptation and dramaturgy based on the Vladimir Gerić translation of Shakespeare is done by Željka Udovičić Pleština, while set design is done by Lorenzo Banci, costumes by Leo Kulaš, music by Ljupče Konstantinov, video production by Ivan Marušić Klif and lighting design by Aleksandar Čavlek and Marko Mijatović. Lovro Buva taught the actors swordsmanship. Assistants to the creative team are Tamara Damjanović, Ana Fucijaš and Miran Brautović, while Roko Grbin is in charge of stage management.

The preview performance before the 27 July premiere, will be held on 26 July. Reprisals are scheduled until 31 July. All performances are sold out. The production is sponsored by HEP, and Tekstilpromet who are also celebrating their 70th anniversary this year. 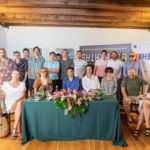 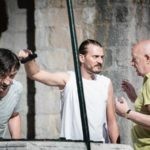 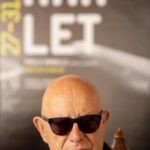 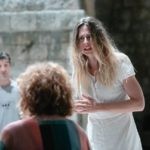 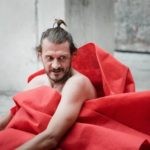 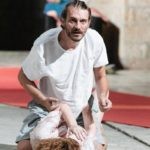