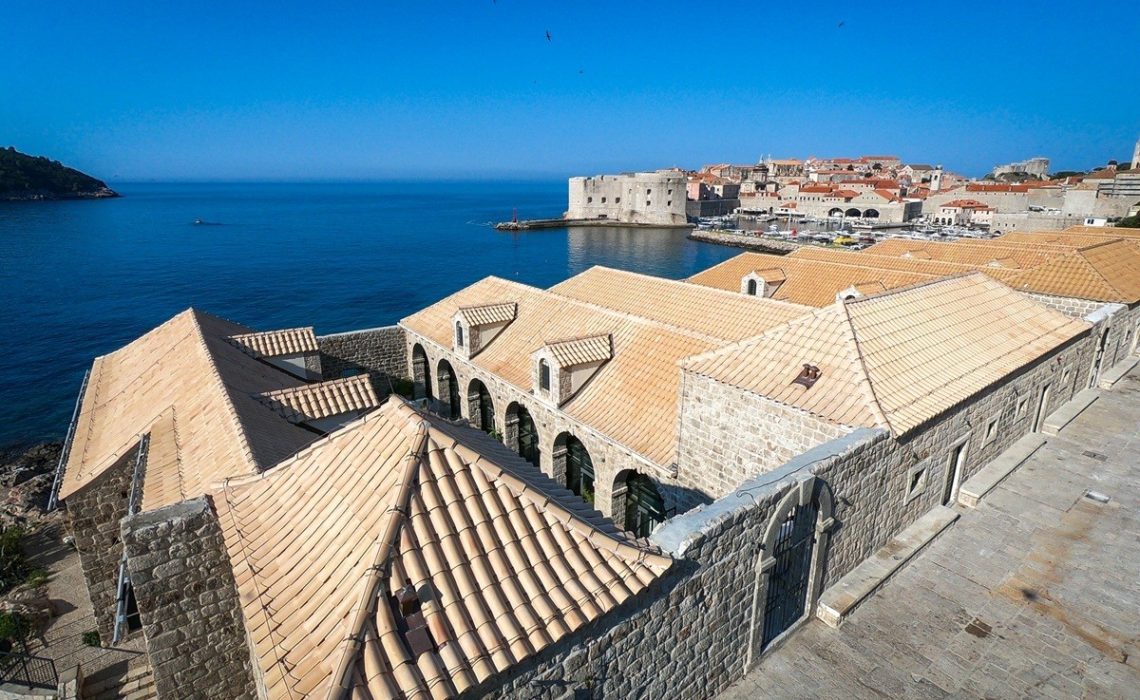 Just outside the majestic walls of Croatia’s medieval citadel city of Dubrovnik lies a cluster of small stone houses, the Lazarettos of Dubrovnik, best known as an art and clubbing hub and a tourist attraction. But as the coronavirus spreads across the globe, many are being reminded of their original purpose centuries ago as an isolation zone for arrivals to port city who might be carrying infectious diseases, New Your Times writes. Dubrovnik respectable doctor Ana Bakija-Konsuo wrote about the history and the idea of the Lazaretto quarantine…

“We gave the Lazareti complex over to the artists for cultural manifestations,” said Ana Bakija-Konsuo, a physician and one of the authors of a book about the compound, using the local term for the complex.

“It is interesting that we wrote that infectious diseases no longer pose a threat,” she said. “Life has proven us wrong, like many times before.”

Normally packed with tourists all year long, the streets of Dubrovnik are now deserted and its otherwise bustling airport has been shut down. Throughout Croatia, restrictive measures have been introduced to try to limit the sway of the new coronavirus.

Worldwide efforts to stop the COVID-19 infections have prompted countries to close down borders and introduce quarantine for for people coming from affected areas and later isolation for whole populations.

Bakija-Konsuo said that Dubrovnik, on the Adriatic coast, was the first city in Europe to set up a quarantine system, in 1377, as protection from leprosy, a bacterial illness that affects the nerves, skin and the respiratory organs. Initially, newcomers were kept on nearby islands in wooden huts that were later burned down.

“This was very modern compared to Venice, for instance, which banned absolutely all ships from its harbor, or the Milan laws which ordered building walls around the homes of those infected,” she said. “How those who were infected felt, it’s hard to even imagine nowadays.”

Historian Ivan Vigjen said the Lazarettos complex was built in the 17th century when authorities decided to set up the quarantine area closer to the harbor. The complex at the time was “the biggest state investment in public health,” he explained.

“They (authorities) were very effective in keeping the diseases away even before they entered the soil of Dubrovnik,” a sea power at the time, he said. “Throughout history, the rules of quarantine were unchanged.”

Those rules envisaged that travelers and tradesmen coming from regions affected with leprosy, plague or other diseases must stay at least 20 days in isolation. The time limit later was extended to 40 days, or ‘quaranta’ in Italian, giving the practice its future name.

Vigjen said the idea has been the same all along — that isolation would keep the disease out of the way. Unfortunately, he said, sometimes the effect was just the opposite, as many people were packed into a small area.

In the Lazarettos, people always were kept separate from the goods, everyone was registered and all their belongings listed, said Vigjen. There were 10 halls, separated by courtyards and surrounded by walls, with their own sewage system and a manager.

“Inside the quarantine, there was a lot of business going on because you had many travelers and many tradesmen at the same place so they were exchanging information, they were writing letters, playing cards and so on,” said Vigjen. “We know it was actually like a very big place for doing business.”

Centuries later, quarantine-like measures have been reintroduced across the globe, but Bakija-Konsuo said there is one huge difference.

“People didn’t know in the past. They believed it was God’s wrath, the Almighty is angry. They didn’t know how it (disease) spreads or how they could protect themselves,” she said. “Today it seems, with all this, if we behave in a responsible manner, each and every one of us, it will be all right.”