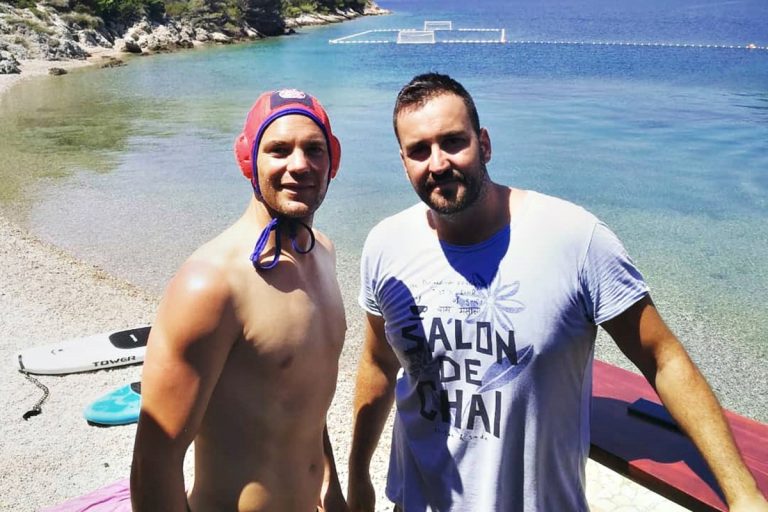 After Germany’s Bundesliga completed its spectacular season, Germany and Bayern Munich goalkeeper Manuel Neuer, has decided to spend a part of his summer in the Dubrovnik region.

While visiting the island of Šipan, Neuer met with Olympic medallist Nikša Dobud, Dubrovnik’s water polo player and Pro Recco champion. Dobud gifted him with a water polo cap bearing Bayern’s logo and the number 13. The gift excited the German goalie and encouraged him to a quick water polo match amongst friends on the Priježba beach.

After cruising the Elafiti islands, Neuer stopped by Pelješac peninsula enjoying a variety of seafood specialties at a local restaurant. He hung out with the locals while singing Croatian songs and clearly enjoying the atmosphere.

World cup winning goalkeeper is no stranger to Croatia. Just last summer, Neuer visited with his wife Nina. The two embarked on a cycling tour down the Croatian coast, visiting Makarska Riviera, island of Hvar and Dubrovnik.